A Zest for Cleanliness

In the 1970's Topps was trying to expand their offerings into the Spanish speaking community, both here in the lower 48 and Mexico. Having issued (licensed) versions of their regular baseball sets sporadically in Venezuela over a dozen years or so starting in 1959, Topps worked on marketing in Mexico in the mid 70's, resulting in three hybrid sets being distributed. I discussed these three sets here a little while back. The time frame on the three Mexican sets seems to be centered on 1977. After that eventful year, Topps took a different approach in 1978 and concentrated efforts on a Procter & Gamble promotion for Zest Soap.

Featuring five well known Hispanic players, this small set was issued in cello packs via a mail-in promotion (they were not available with the product, as I once thought). Four of the five players had poses identical to their regular 1978 Topps card. One other, Willie Montanez, had been moved in a four team trade prior to the 1978 season and ended up with the Mets. Originally he was with the Braves so far as Topps was concerned: 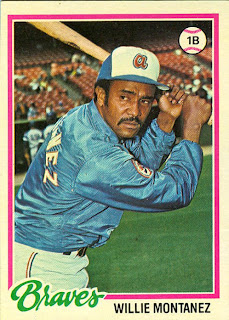 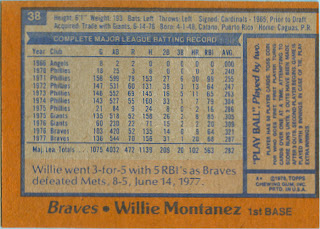 The back of his regular issue card is useful for comparison purposes, as we shall see below since all five players in the Zest set had bilingual card backs and lost the trivia quiz on back in order to show the MLB logos. 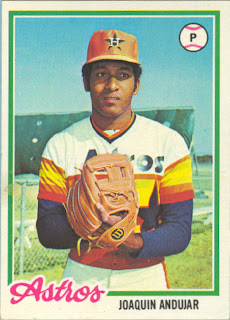 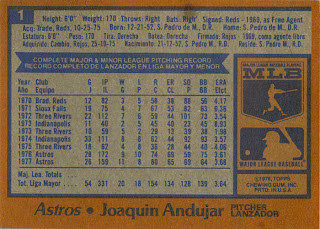 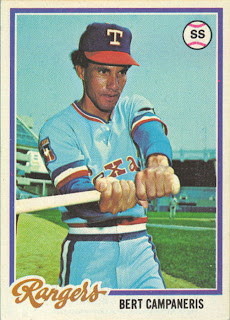 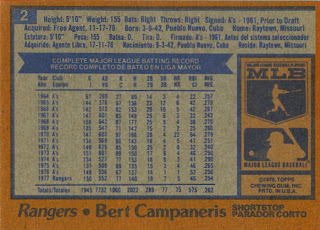 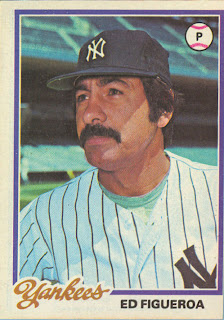 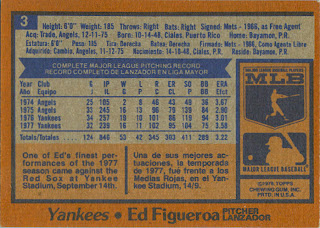 You can see the different front used for Montanez: 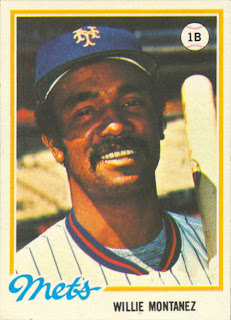 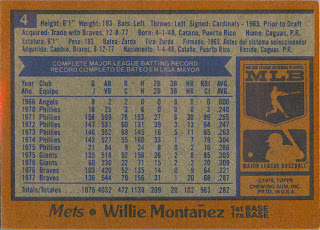 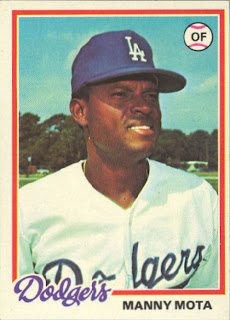 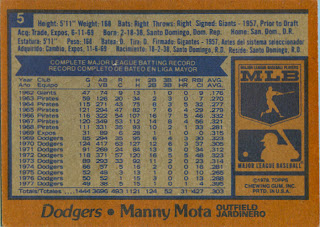 The centering and miscutting issues plague the regular issue baseball cards as well in 1978.

The was a very interesting thread on the Collectors Universe boards last year concerning these cards and Perry Andrews (that's his watermark below on the scans, btw) actually had scans of the mail in card for the set: 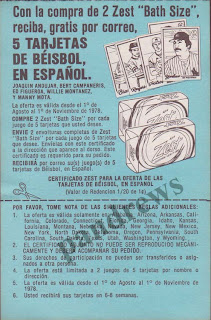 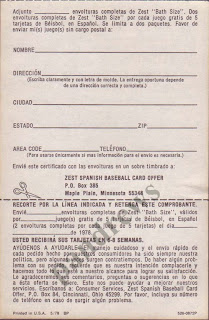 The last post in the CU thread gives some nice background on the marketing of the set.

Centering issues aside, it's a compact, affordable set even though it is not really known in the mainstream. Ten bucks will likely get you a full set still wrapped in cello if you look hard enough.
Posted by toppcat at 8:16 AM