As promised in our last adventure, here are a few more ads from the 1953 American Card Catalog, featuring some very prominent collectors of the day. We'll feature US collectors today, British one next time out.

Goody Goldfaden, one of the original, if not the original, hobby dealers, ran his business (Adco Sports Book Exchange) out of a garage in Los Angeles and just passed away this year at the ripe old age of 97. Here is his ad from '53: 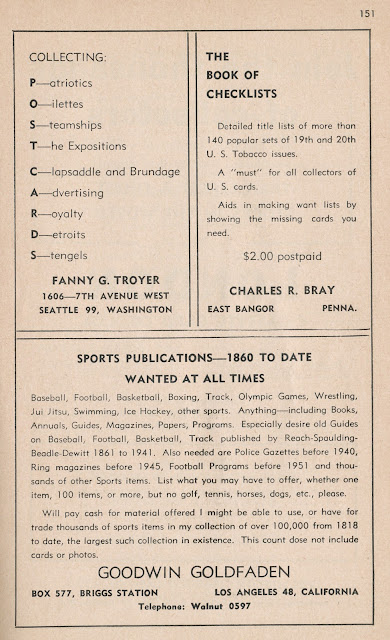 You can see Charles Bray (Associate Editor in charge of Prices), who ran a well known mail order auction that populated many an early collection, had an ad on the same page as well; the odds were good you could find one of his within as he had five or six of them scattered throughout the advertising section.  His main one though, is here: 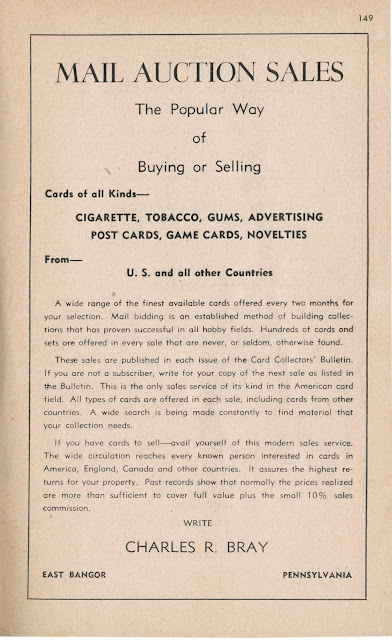 Not to be outdone -although he was outnumbered - Gene De Nardo (Associate Editor in charge of Copy Revision) also had an ad in place: 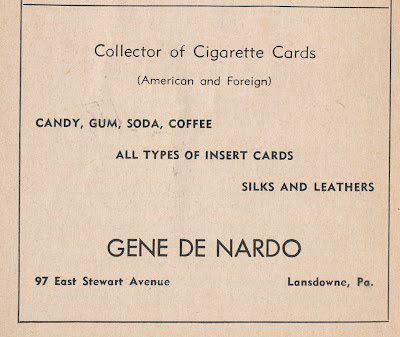 De Nardo was in charge of the Post War R card section as well.  It is worth noting Jefferson Burdick also had an ad, one that was quite informative as to his collection-mounting activities for the Metropolitan Museum of Art: 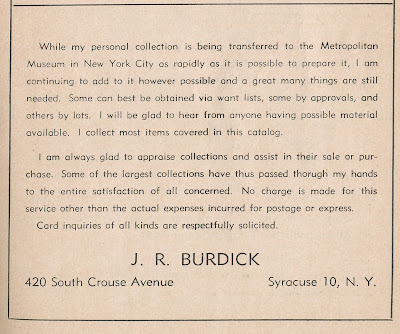 Typically for Burdick the ad was not in a place of prominence nor did he use up a full page.  Another famous collector, although not an editor, who had an ad was Lionel Carter:

Almost all of the buying and selling in 1953 was done by mail-there is only one ad with a phone number listed!
Posted by toppcat at 6:25 PM