I was lucky enough to snag two Topps mockups recently, one from a stab at Laverne & Shirley and another from a failed Hardy Boys adventure.

The Laverne & Shirley I obtained has been shown here previously but it's definitely worth showing again: 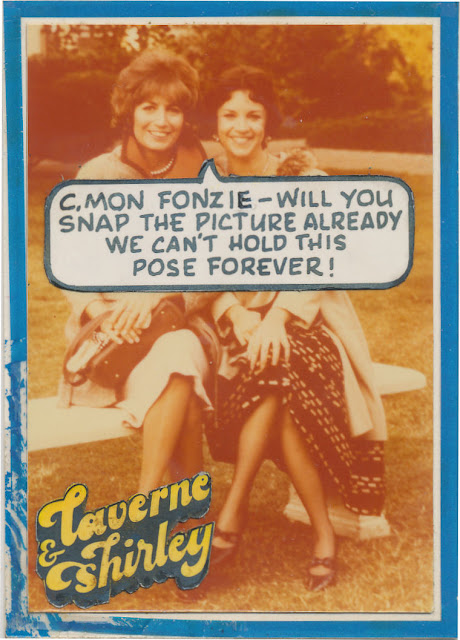 The mockup was assembled on card stock and measures 2 1/2" x 3 1/2", or standard size. The underlying stock is white and everything else is layered on top.  The sepia toned photo looks like it came from a promotional issue but that blue border is strictly cut and pasted strips of sticker material. That L&S logo probably took some finesse to cut and the text balloon is hand lettered and bordered. Have a closer look at both of these elements: 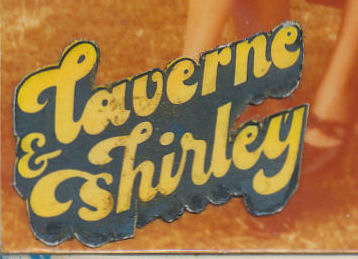 The lettering was done with reasonable care, although a couple letters look redrawn:

The back shows some residue from what was most likely rubber cement, no doubt once used to affix it to a presentation board: 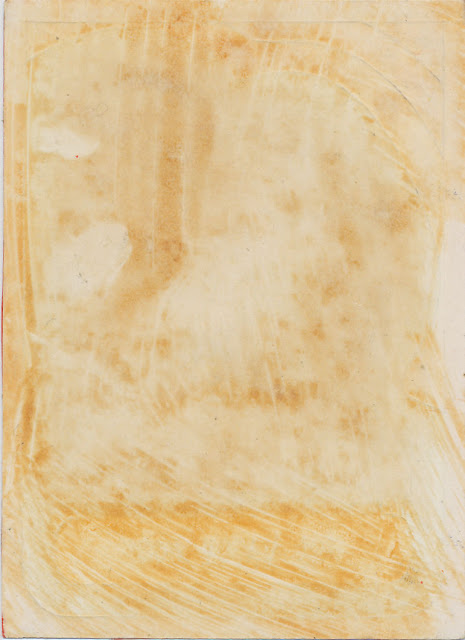 The Hardy Boys mockup has a couple of differences but looks similar: 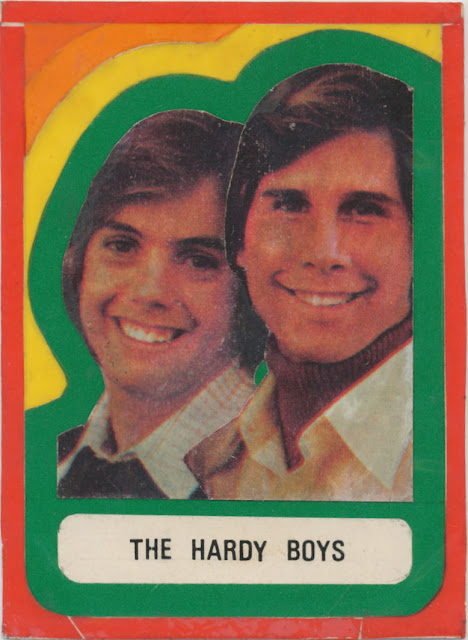 The design resembles Charlie's Angels wrapper art to a degree, check it out: 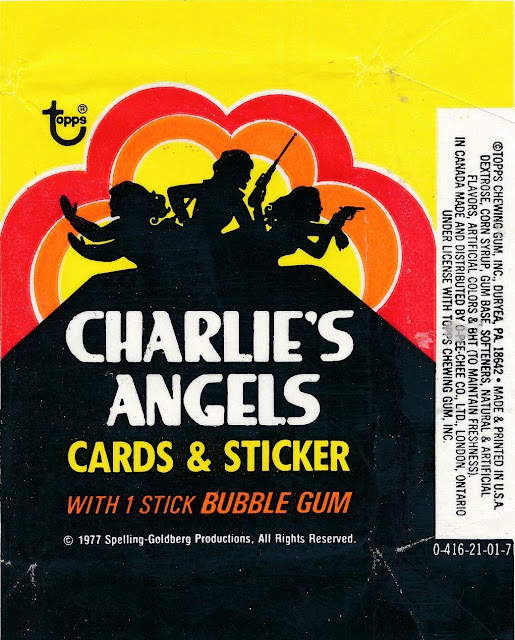 The Hardy Boys mockup is made up on very thin (possibly sticker) stock and Parker Stevenson overlaps Shaun Cassidy a little. No official logo here, those are paste on letters: 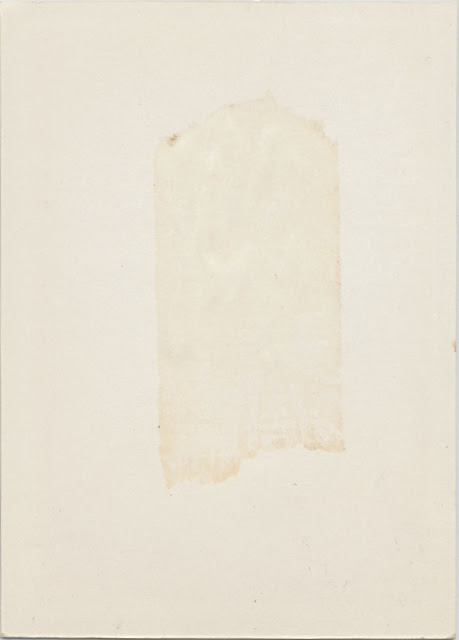 There are, however at least two other Hardy Boys mockups known to exist: 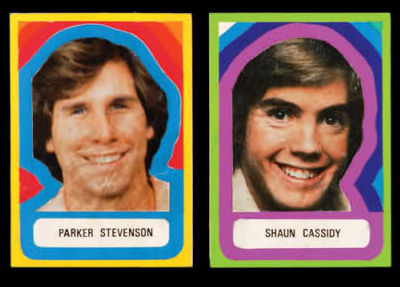 Poor Shaun got cropped a little too tight there-yikes!

There are assuredly some other TV shows that were done up by Topps in this manner.  In addition, rumors of three test issues from the mid 60's means the following shows may have been tested : F Troop, Green Acres and I Dream of Jeannie. These were probably tested as black & white cards but presentation boards started around 1966 so they could be actual mockups (if they exist).

Wow. The Hardy Boys mock ups look like they would be for the stickers. I recall that basic 1970s Topps sets had 11 stickers to a 66 (or 55) card set. A card mock up if it still existed would probably would look more like the Laverne and Shirley one with a single color border.