Nixon's The One (Of Six)

Goldin Auctions recently listed (and sold) six previously unknown issued paintings of primarily first series subjects but a high number was mixed in there as well.

The most interesting piece, least from a purely whimsical standpoint, was Minnie Minoso: 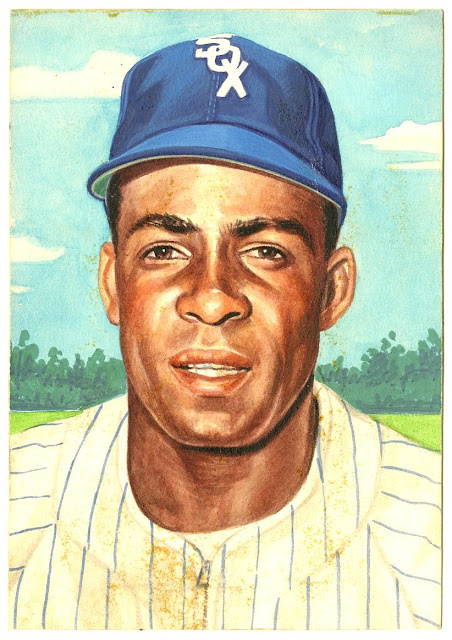 You can clearly see some of the glue remnants that mar so many of these paintings.  I'm curious as to why it's there though as Sports Collectors Daily recently ran a piece by David Cycleback that indicated the artwork was photographed and then a plastic negative was made before printing. A laborious process to be sure but not necessarily one requiring glue.

Here is a portrait of Hall Jeffcoat, deftly executed: 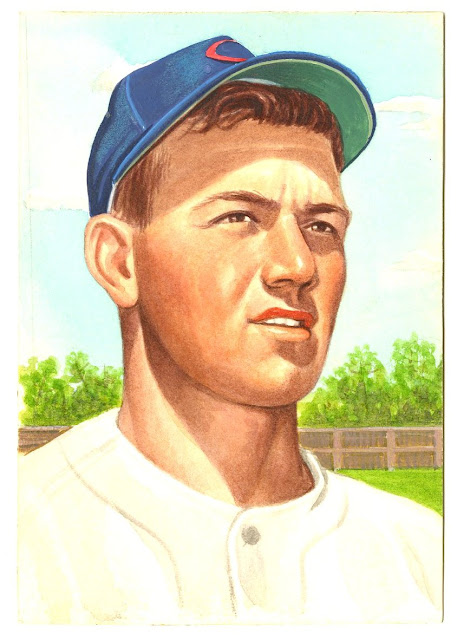 You want more characters?! Look no further than Bobo Newsom: 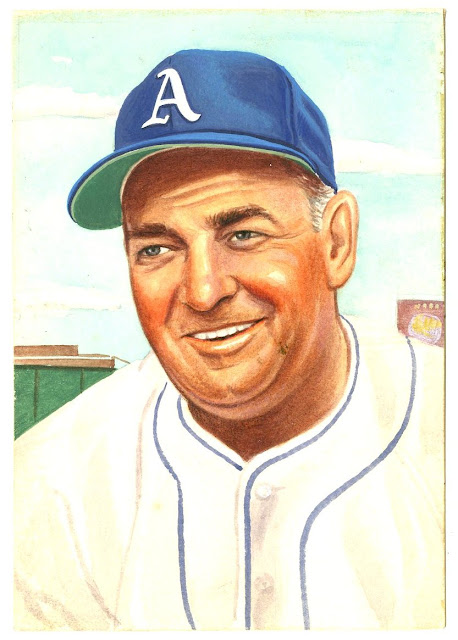 The three other paintings offered were of Danny O'Connell, Johnny Lindell and Willard Nixon and the latter suffered from a bit of paint loss. See: 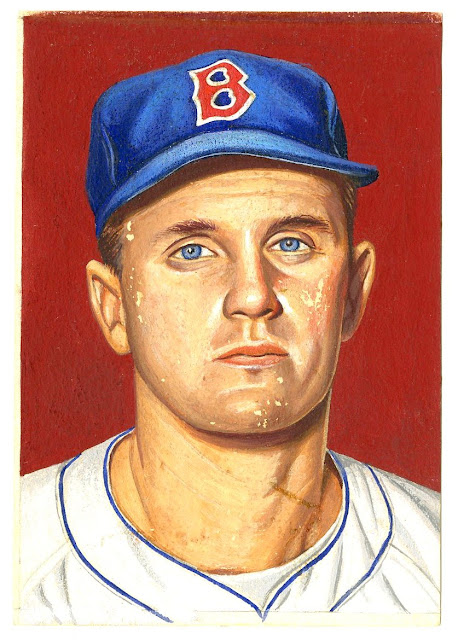 We've previously looked at both issued and unissued artwork, most recently here.  Using the known subjects to date, we've obviously added six more. The previous math has changed somewhat as noted 1953 archivist and original painting collector Bruce McCanna has recorded sales of 153 different issued subjects (and that's possibly 156 as three were once noted as "seen" by the noted collector Bill Bossert). So about 56% (and possibly more) of the artwork has been found to date, plus at least nine unissued subjects.

It's doubtful we'll see any more big caches offered like the 117 Sy Berger unleashed on the world in 2010 through REA, although I suspect that mini stashes like the Goldin hoard still exist and likely are being introduced into the hobby when former Topps executives pass away.
Posted by toppcat at 8:00 AM