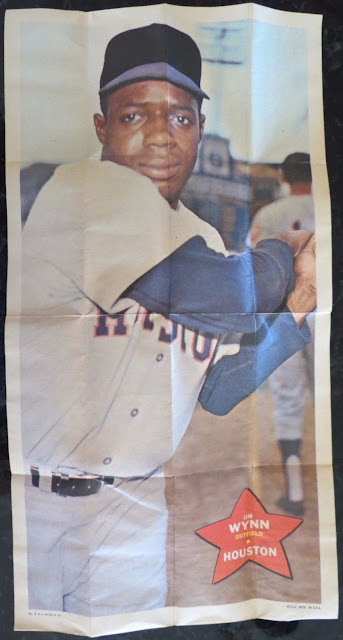 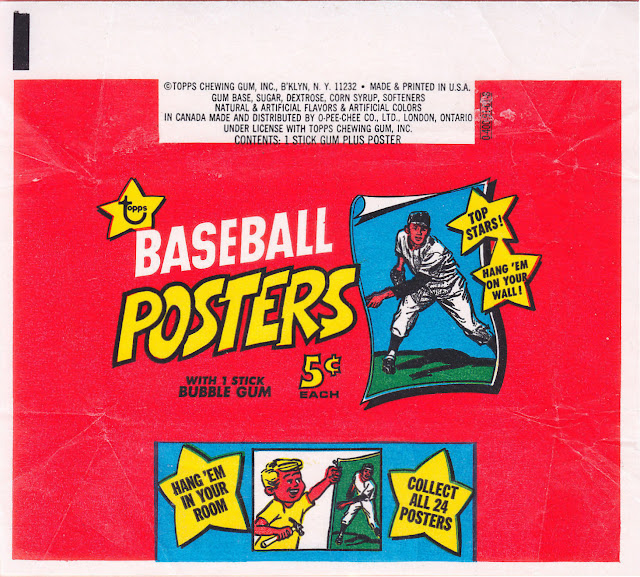 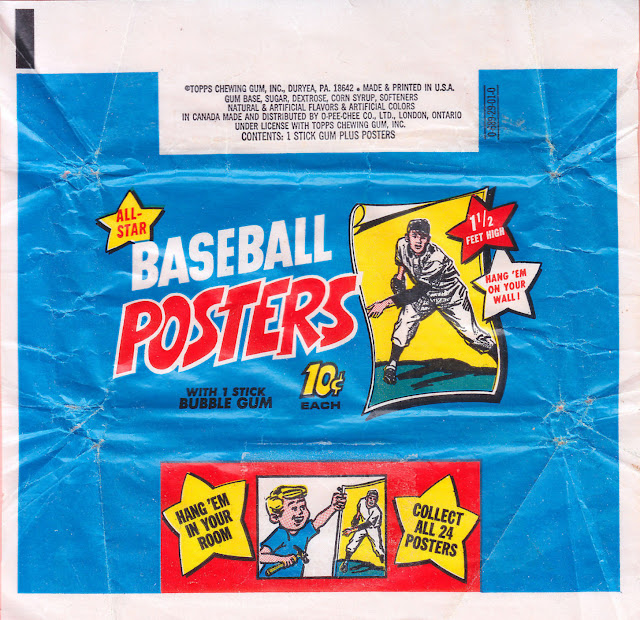 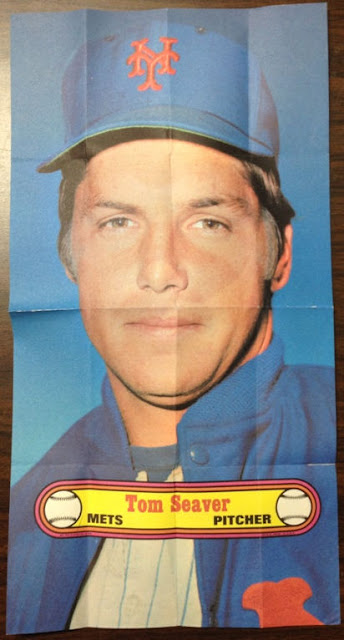 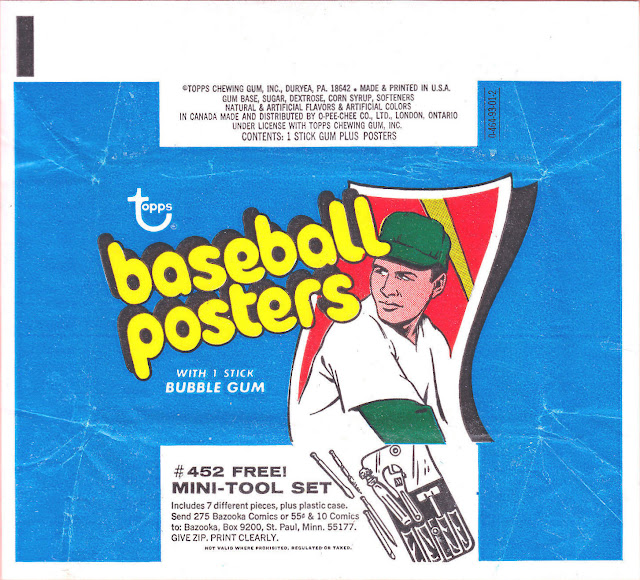 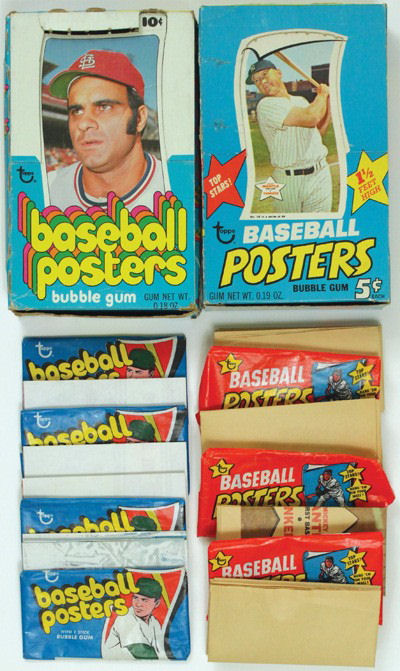 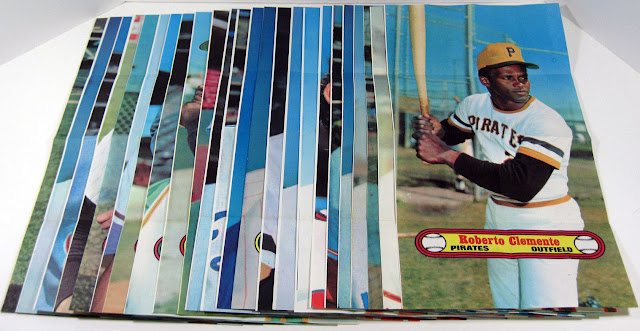 I just found your site, after having, unfortunately 'stored' away my collection for the past 30+ years. Just getting them out now as I approach retirement. As to the 1972 Posters, the wrapper said 1 stick of gum and "posters". At 13 I bought a couple of packs, instead of my usual cards, to see what they were like. I was very unhappy with Topps in that only 1 poster was in each pack. I wrote a letter to Topps telling them of my displeasure. I pointed out that "in English class we have always been taught that the 's' at the end of a word such as 'poster' meant plural, more than 1". I was so upset I accused them of false advertising and would no long purchase any poster packs. I received a response, ignoring the false advertising claim, but saying they were sorry I was disappointed and sent me 6 free posters with the reply. I still have the posters. Unfortunately, not my letter. I think in one of my boxes I am going through, I may still have their reply. If I ever find it, and you want, I can scan it and send it to you. Enjoying searching through your blogs and hope, as I have more time, to read much more.