Friend o'the Archive Scott Gaynor has reached out to me with a query on what is proving to be quite an obscure basketball issue from our friends at Topps.  Now the pre 80's hoops sets put out by Topps have very little air of mystery about them and are about as plain vanilla a line of sports cards as they ever put out. And the 90's and Zips brought a plethora of basketball cards from all sorts of manufacturers, almost all of which is documented up the wazoo and then some. But Scott has found one that slipped through the hardwood cracks.

Described as being about 6" x 8", at least six are known: 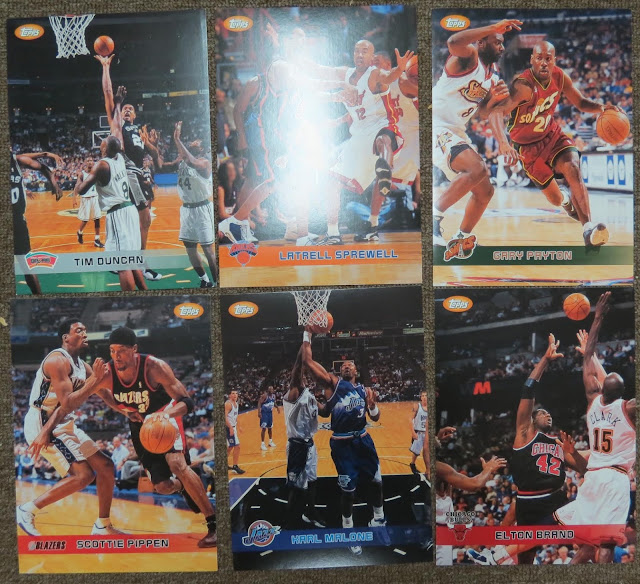 Here is a closeup of the Elton Brand card. More on him in a second: 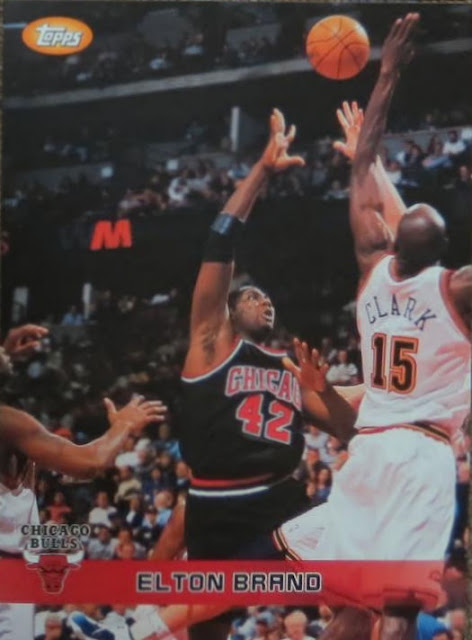 The backs are pure white, with a small couple of tag lines centered near the bottom:

So what else do we know?  Scott describes that he found the cards behind a trash can at a Washington Wizards game, which makes it seem like they were considered for a promotion but discarded for some reason.  I'm not sure how many he had but no matter, this is a rare one as none of my go to guys for basketball know what they are and I can't find them in any of my guides.

Any thoughts out there kids?! I'm dubbing these 2000-01 Topps Giant Basketball for now.

I'm primarily an NBA collector,and Elton is my all-time favorite player...I've never heard of these before. Based on the blank back and lack of foil I would guess they were a promotional issue, but it's just a guess.