Topps included all sorts of things in their packs over the years, to the point there are as many things inserted with the regular issue as their are regular issues! Some of these were related to the set being retailed, some not but very early on Topps started including premium offers for all sorts of things.  These were essentially for the same premiums eventually offered on Bazooka comics, starting in 1952 or so but before Topps caught on to promoting these items on the comics they used a catalog system, augmented by small inserts that came with their penny pack offerings starting in 1948-49. I've looked at some previously but have acquired some new ones of late and thought they warranted another post.

You can tell the first couple of releases of these as the first batch of inserts had numbering from #101-108 and second started at #109.  This is one of the early ones then, probably from early 1949:

That #112 offer above was repeated and redrawn, as this one features "Bazooka, The Atom Bubble Boy", who I believe came first in the real world but second in the inserts.  "Bazooka" was the original Topps mascot character and thankfully he did not outlast the 40's.

Once you get to #120 or so they are from the early 50's methinks and then Topps just started mixing and matching.  Things got well in the 400's eventually.

Here's a bunch, courtesy of BFF o'the Archive Jeff Shepherd that all likely predate Bazooka Joe & His Gang, who debuted in mid 1954:

These would have been wrapped around the penny piece of Bazooka, along with a comic, so there were two discrete inserts.

The larger five cent Bazooka gum rolls had their own inserts and two of them them relate to baseball premium offers.  These are two separate pieces obviously and don't quite fit together here, but you can see how they fit together.  I think these commenced in 1955 given the expiration date of June 30, 1956 and likely continued into the early part of the latter year.  I could see them being inserted into wax packs for the '55 & '56 Baseball cards. Bazooka Joe and his brother Pesty are front and center by now: 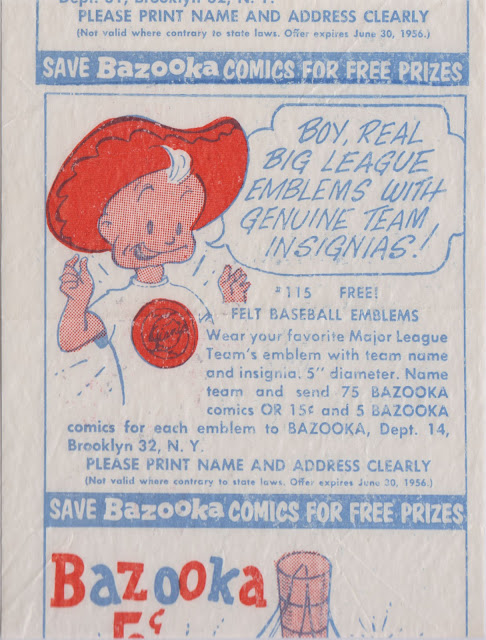 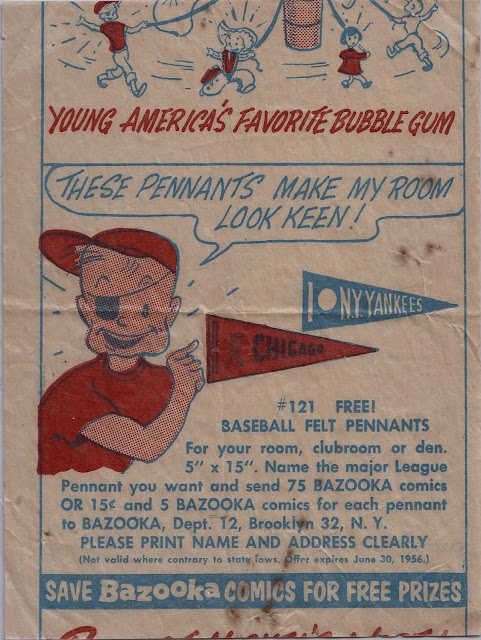 Those pennants were offered on the 1952 Baseball Wrappers. 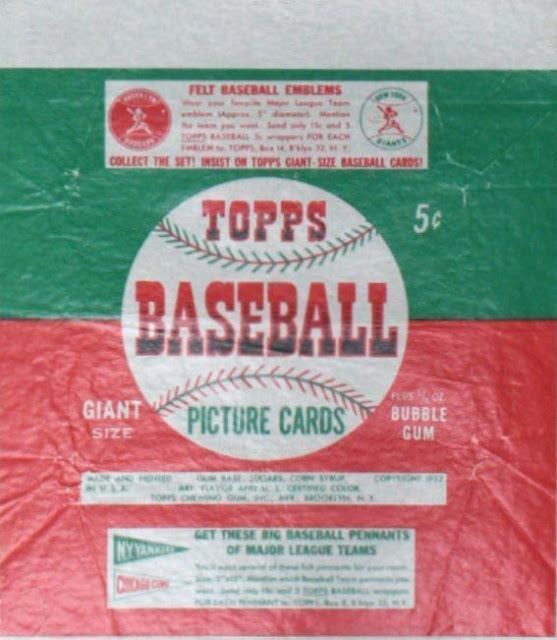 As you can see, the same wrappers also (sometimes) offered team emblems, so those are the same ones presumably, updated for team changes.  But what of these, which I believe also were offered somehow: 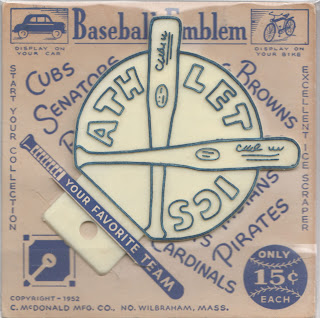 By 1953 the pennants had moved to the comics. Buzzy was probably the last comic standing before Bazooka Joe took hold.  Good thing, as he seems like a dolt: 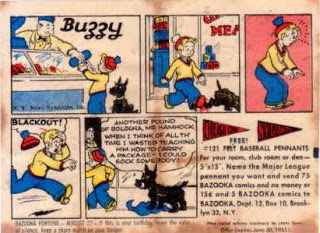 There must be city variants for the early Braves, Browns (Orioles) and A's pennants but these dang things are hard to find! That #121 numbering, which supplanted #112 (and was not the only premium Topps changed the early numbering on) for the pennants would continue into the 1980's. Why the numbering changed, who knows?!