In case you haven't noticed there's been some killer auctions of late as tax refund season brings out the big consignments.  The BST Spring Auction was no exception this year, with the bulk of it related to football items (their specialty). They offered  so much good Topps stuff this will be a two-parter.  For today's entry, let's look at some killer original art. 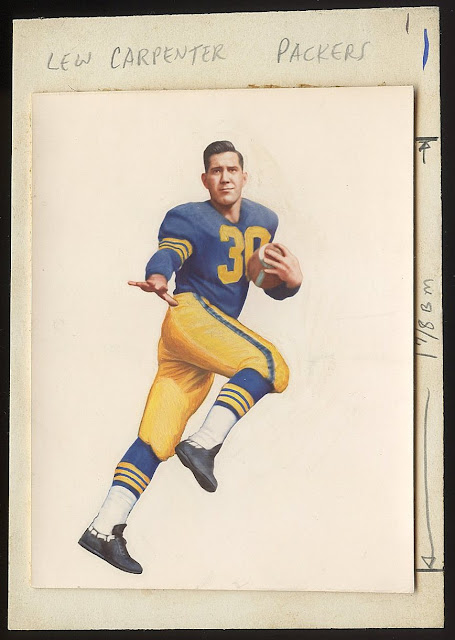 That is Woody Gelman's handwriting there on the backing board folks-pay attention to the instructions on the right side border. That picture has been severely Flexichromed-hoo boy!

No hanging on to Topps property..... 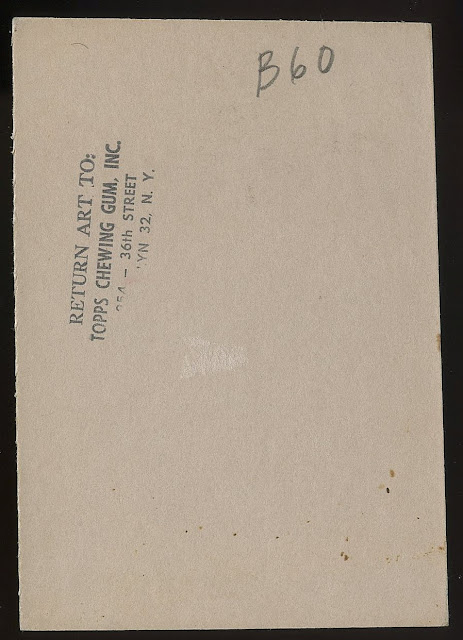 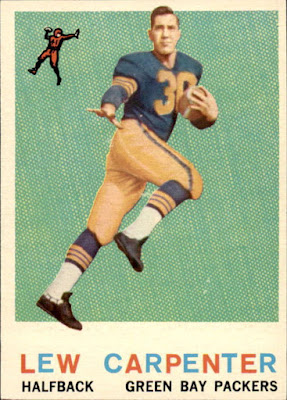 See how Carpenter's head and foot pop out of the background?  That's what Woody was instructing the printer to do in the right side border above.

Here's John David Crow (what a great name), also from 1959.  He won the 1957 Heisman trophy don't you know but here he's been flexichromed to within an inch of his life: 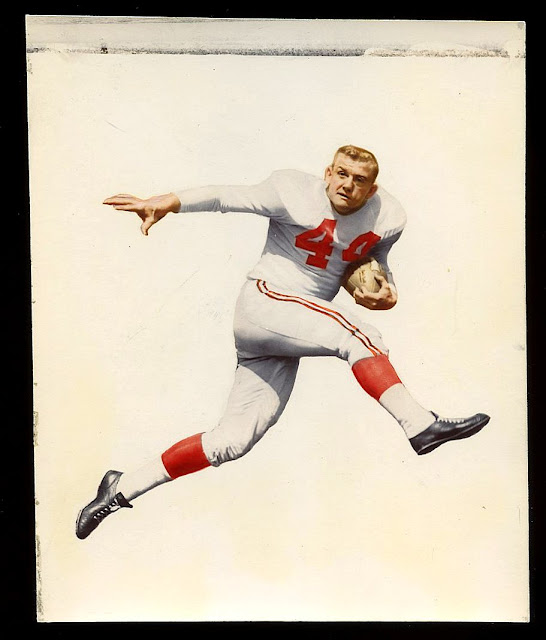 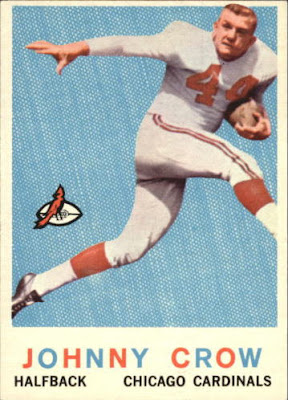 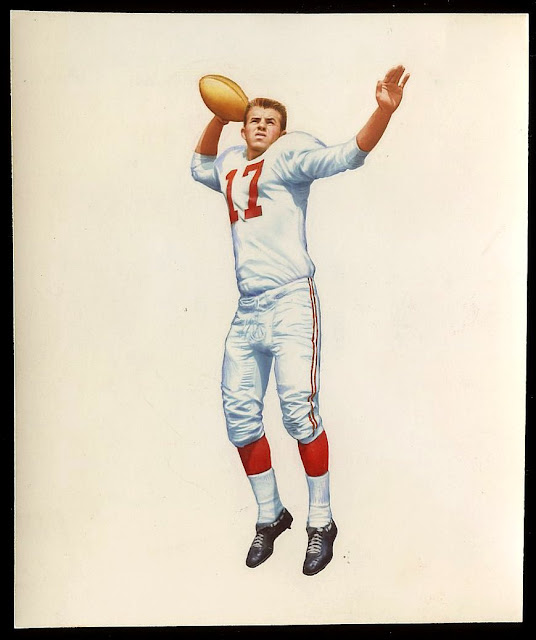 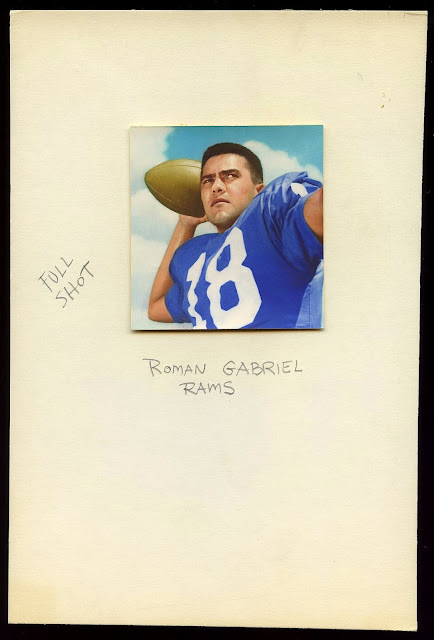 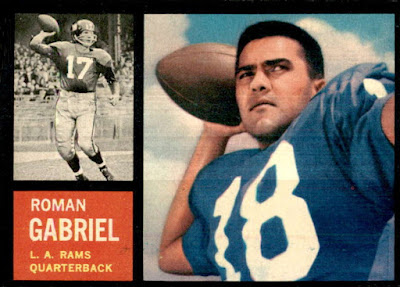 Does anyone want to hazard a guess why Y.A. Tittle is shown on the inset photo?!  The numbers don't even match!  More inset photo madness can be found here if you are interested.

Finally , here's # 155 in 1965, Lance Alworth.  Woody's writing has returned but who did the fingerpainting on the backing board? 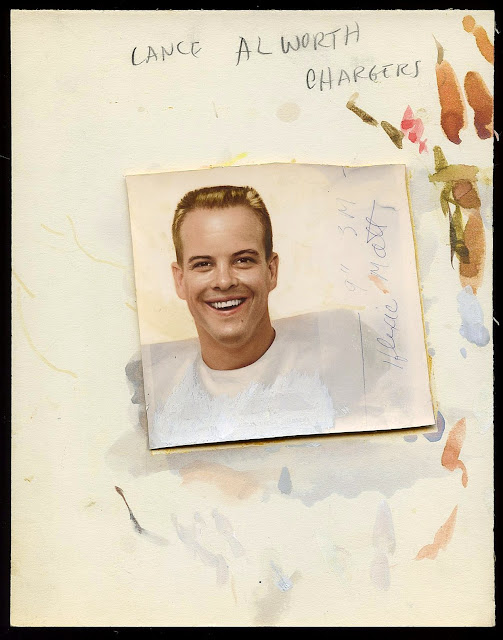 "1 Flexi Matt" is what the script writing says. I mean, that is almost dayglo, they've touched it up so much: 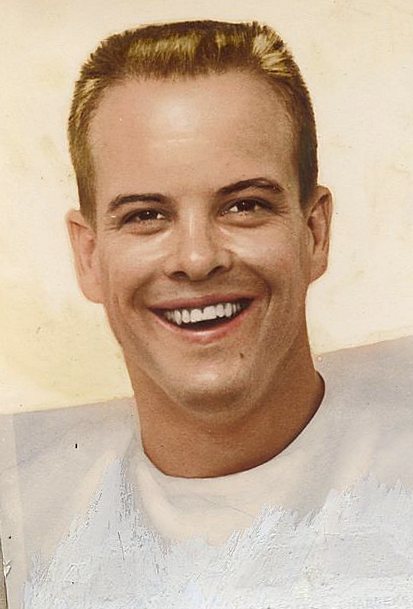 All that paint (and some of it was used to obscure the tops of his numbers): was used to make this into a football card: 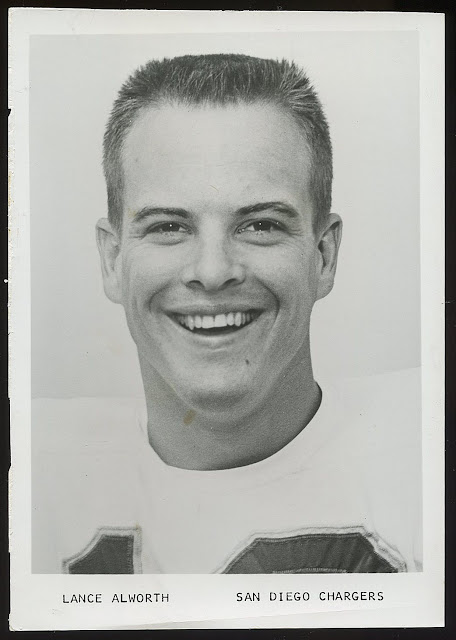 Here's how it all came out, tall boy style: 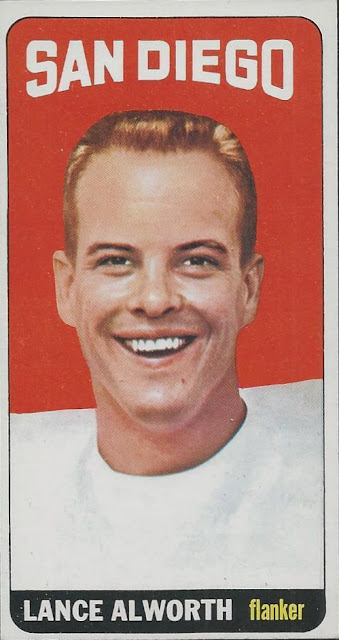 Notice how you can see some of the obscuring white paint on his uniform, plus some areas that were not touched up.  FLexichrome as a supported process was discontinued in 1961 but Topps must have laid in a gargantuan supply. Crazy!

More auction goodies next time out kids!
Posted by toppcat at 8:00 AM