What Year Is It?

Dating of certain Topps issues can be tricky, especially from about 1965 through the start of reliable real-time hobby press monitoring around 1980-81. Once they started gushing forth an unrelenting river of test issues and products around the time they moved from Brooklyn to Duryea (Winter of 1965-66), which seemingly coincided with Woody Gelman attaining huge artistic street cred with his brief hiring of Robert Crumb (also 1965), the confusion really started.

Prior to mid 1966, when they started the commodity code (and later "T" numbered test) system most of their testing was done with what became issued product, although sometimes tested in wrapper variants.  Friend o'the Archive Lonnie Cummins is doing some fantastic work deciphering all the codes and I am not going to step on his work but every once in a while a piece pops up that makes one reconsider an issue date.  I don't know why some of us obsess over the fact whether a card set came out in one year vs. the next year but we do. In reality, some issues would span two years or more while three "seasons" (Valentines Day, Hallowee'n, Christmas) would be defined by staccato bursts of issues, themed ones for the first and second and then a combination of rebagged, rewrapped and bulk product for the second and third. The one constant in this all, without full access to a run of Topps product catalogs, is that all evidence must be examined to come up with a proper date.

Take Comic Book Heroes. Now there's no artistic vision here at all and in fact it may be the most poorly illustrated set Topps ever issued outside of some tattoo issues. Featuring DC Comics superheroes mixed in with usual goofy array of subjects found in such sets, these cards also feature perhaps the worst rendition ever of Babe Ruth: 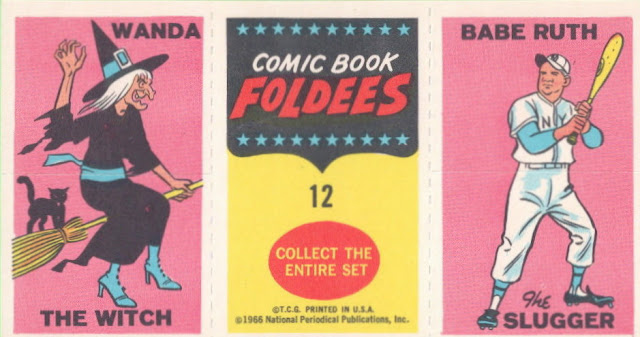 See?  Heinous. But note the 1966 copyright.  here's the other side which is actually the front: 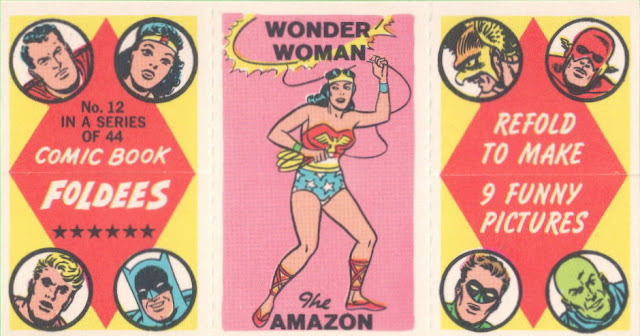 This set is identified as being issued in 1966 in most guides.  But look the box bottom shows it's a 1967 release: 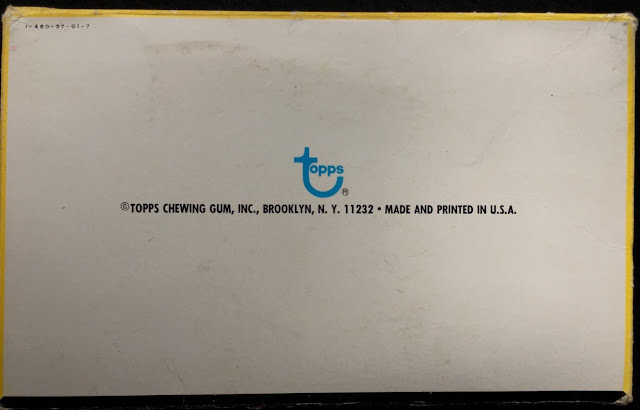 Here's a closeup of the commodity code:

The wrapper shows the 1966 copyright for the DC characters but no code.  It's a hybrid (or a mutant if you will): 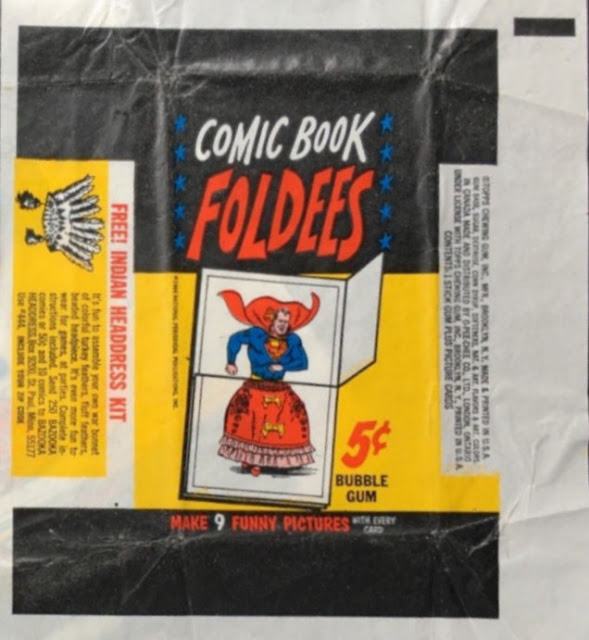 Same 1966 copyright (hard to see but it's there) and no other dating information.  I suspect the wrapper design predated the introduction of the commodity codes and further that the set was probably intended to come out in 1966.  For some reason a delay occurred and it came out the following year.  That commodity code font on the box bottom is a little funky as well, so Topps was still tweaking things in 1966-67.

And not to leave you all hanging, here's some more box art, which is slightly nicer than what was on the cards: 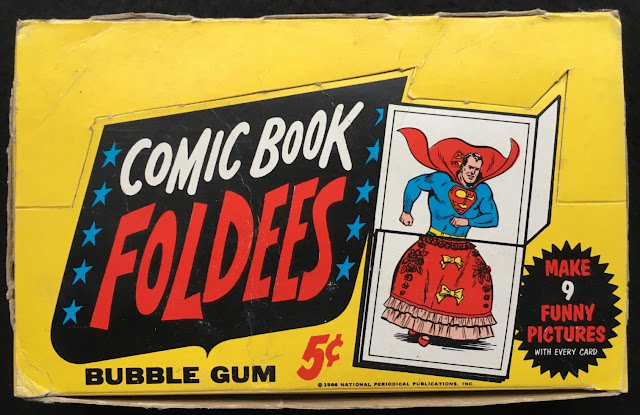