Every once in a while, something comes down the pike that still blows my doors off. I was just trolling the waters of eBay the other day when this bad boy popped up: 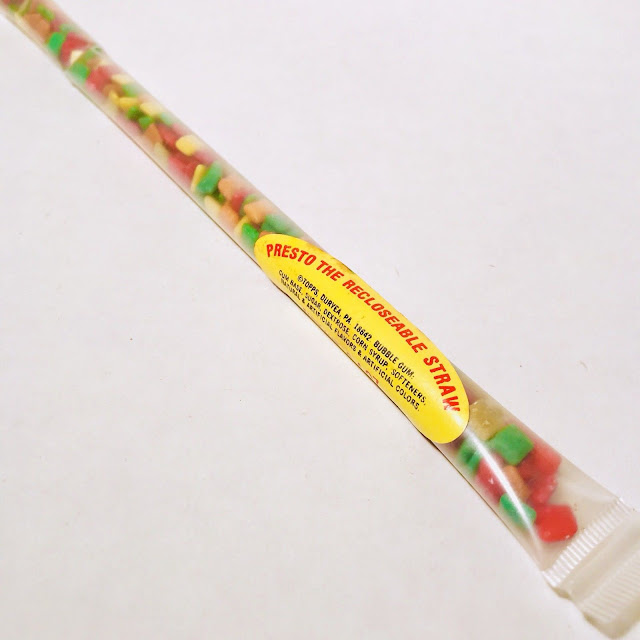 There was another one as well but it was more than triple the price of this one and not even as nice, so I BO'd this sucker and it arrived a short time ago.  It's about 9 inches in length and the straw is pretty thick  plastic. It's in solid enough shape I'm sure you could still use it to drink something if you were so inclined.

While it's a neat piece, I don't necessarily collect Topps pure candy and gum items but I bought it because of the contents, which I will get to momentarily. But first, a closer look at the label, which actually doesn't reveal much more: 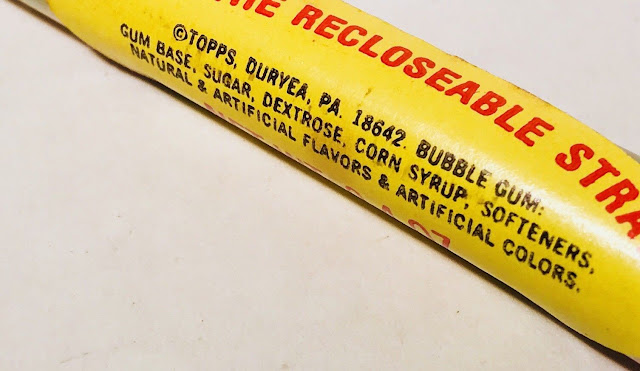 There's no product code on it anywhere but I'd guess it's from around 1973-74 because I'm pretty sure this was leftover Block Buster gum from a failed attempt to resurrect that brand.  Take a closer look:

Block Buster debuted around 1951 or so and looks to have fizzled out as a stand alone retail product around 1955.  Topps then looks to have used leftover gum from this product in their 1956 Baseball Button issue as the "Candy Coated Bubble Gum' that came in the box with the Button. I'm sure it was cello-bagged as I've never seen a pin with any kind of residue and the box insides I've seen look clean as a whistle. 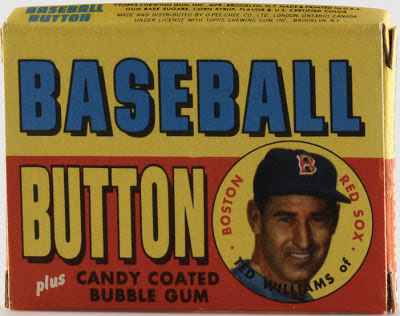 After bringing the Block Busters brand back in the early 70's, it appears Topps once again sold off excess gum in the Presto straw. I have more on Block Buster here if you want to know a little more.
Posted by toppcat at 8:00 AM