Parade Of The Horribles

Further to a very old post here, I've found some additional information regarding the very strange and Topps affliated 1967 Rubber Uglies "set".  These little blighters were loosely associated with the 1965 Ugly Stickers set but were soft, rubbery, icky looking monsters and not made of cardboard.  I thought they had been sold in vending capsules (and very well may have) but it looks like you could buy them right out of the box: 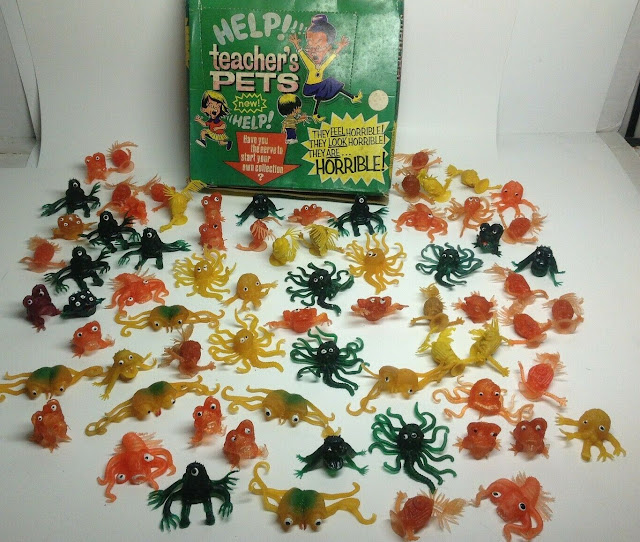 That's a whole lotta Ugly! Except not enough as it seems full set is 32 in number (unconfirmed but likely).

It turns out that box artwork was done by Wally Wood, so maybe not so ugly after all: 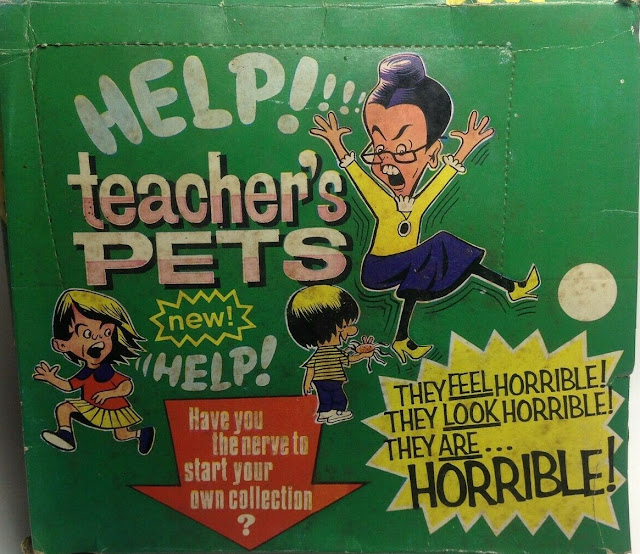 These are still a bit mysterious and there are a zillion knockoffs that were sold over the years but these are the real ("Topps", sorta) deal. I'm not real clear on whether or not this was a quasi-licensed set (wink-wink) or a total bootleg job but the Wood and Norman Saunders connections gives them an air of legitimacy.

My 2009 post mentioned a 1970's resale in blister packs, well here is an example, from the Norman Saunders site: 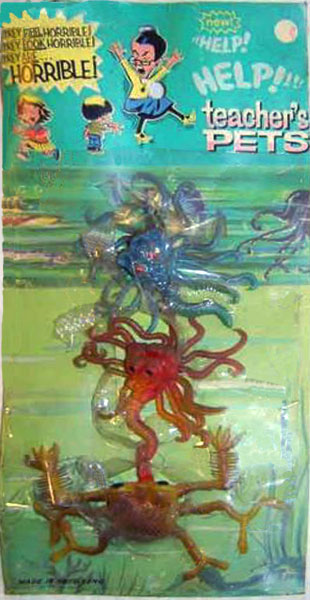 I like how the three in the pack form a kind of choreographed scene!