There is a period of time concerning Brooklyn that has romance and nostalgia attached to it. It runs roughly from the Depression to the 50's and definitively ends the day the Dodgers moved to LA but it was sullied before that by Robert Moses and the demise of the Eagle. It has turned the Borough of Churches into a landscape of the imagination. It is within this millieu that Topps operated their business for their first two decades.

Friend O'the Archive Jeff Shepherd sent some shots along last year showing two old Brooklyn address of Topps, before they moved to Bush Terminal. Here's a bit of history as well on the facility.

Here's a shot of 60 Broadway, which housed early offices of the brothers Shorin; the gum and wrappers and all the other goodies were likely produced off premises with ample third party assistance at this time. 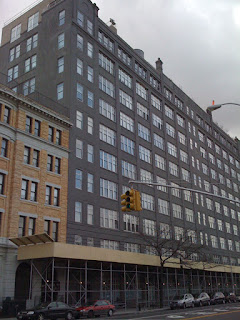 Gretsch Guitars were also headquartered here for many years and the building had their name.

Another possible address for the company (it may have been a maildrop) was 134 Broadway, just down the street from the Gretsch Building. 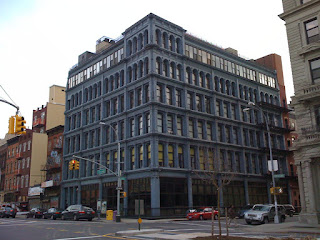 I can't decide if this would have been a step down for the Company, provided they even occupied offices there. Before the cards, there was Broadway! (Note 1/4/17-this is actually 138 Broadway, you can see a sliver of 134 to the right.  Sorry!)
Posted by toppcat at 11:27 PM