1968 brought posters from Topps.  Not just the flimsy little ones that were folded inside packs of cards but substantial, well executed broadsides that featured art from some legendary EC cartoonists. One such set was called Topps Ugly Hang-Ups, a 12 (or possibly 18) poster set from 1968 with some absolutely classic Basil Wolverton artwork.  The posters are said to measure 9 13/16" x 18 3/8" which is just around the same size as the Baseball Player Posters from the same year.

Attributed to Wolverton and also Bhob Stewart (who edited the captions and treads in both Topps and EC waters) the set was tested with the traditional focus group of kids in a super secret location in Brooklyn and while they loved it, the consensus was their parents would hate it and production was terminated. Stewart has quite a bit of backstory here, including the tale of how some of the artwork ended up in Marvel Comics.

Critical Metrics has a great Flickr set with the story and some unpublished artwork here and I have taken all color scans here form their site as they seem to have the market cornered.  There is artwork for a box but no wrapper seems to have survived.  It's not clear to me if a wrapper would have been produced for the focus group stage of testing.  The box is great and reveals the true set name; most references just call it Hang-Ups and as will be seen below that name appears on the finished posters: 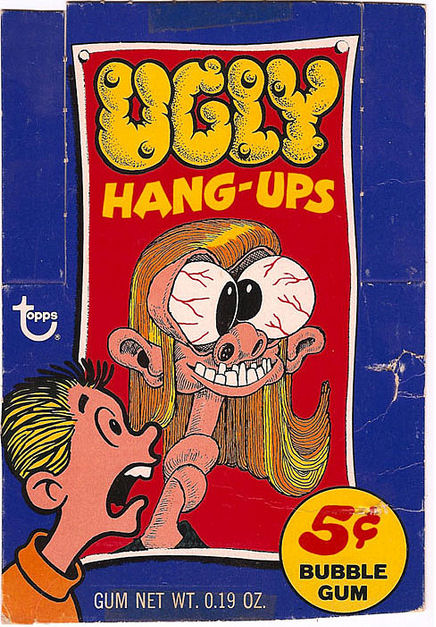 The cover poster is reproduced within the set by the way. I'll let you find it on the Flickr stream, it's not difficult to ID! Six posters appear not to have been printed and/or tested: 2, 9, 10, 13, 14, 18.  However, there is known Wolverton artwork for four unpublished pieces. Chris Benjamin has mentioned #18 purportedly was drawn by Wally Wood but it's never popped up and it certainly seems like Wolverton was to have drawn all 18 posters.

Here is some of the original Wolverton artwork, from the 2009 Robert Edward Auctions archive, leading off with this twisted beauty: 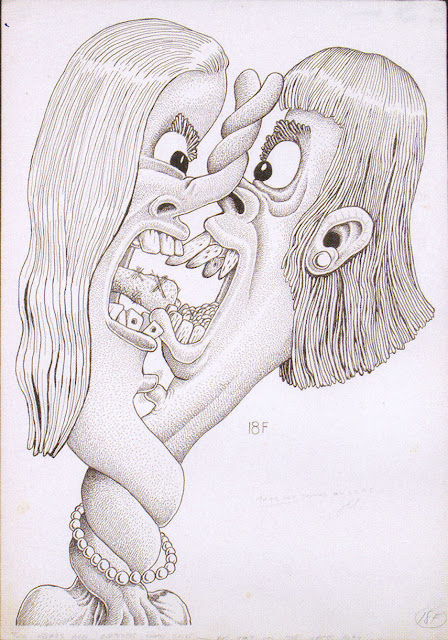 The "18" notations may or may not refer to the intended poster number; there is inconsistency in this regard.  That is an unpublished piece.  Here is a published one: 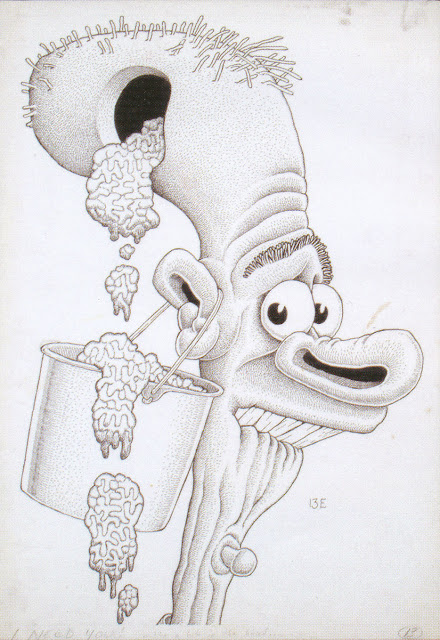 I had to steal this from the Flickr stream just to show the finished product: 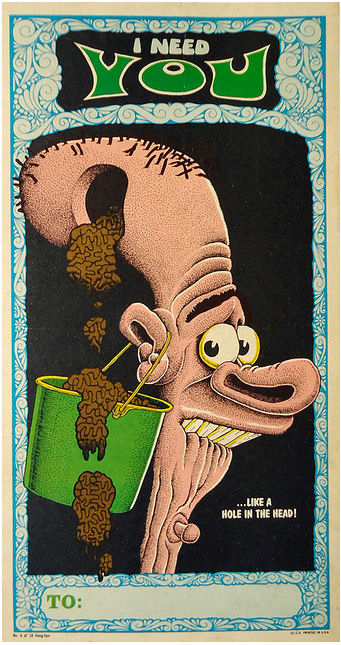 Topps added some flourishes and other touches and the color is simply outstanding.  The penciled "13E" on the drawing turned into poster #6.  I can't get the indicia on the bottom border to coalesce when I zoom in but it says: "No. 6 of 18 Hang-Ups" on the left and there is the usual copyright notice for "T.C.G. Printed In U.S.A." notation on the right. 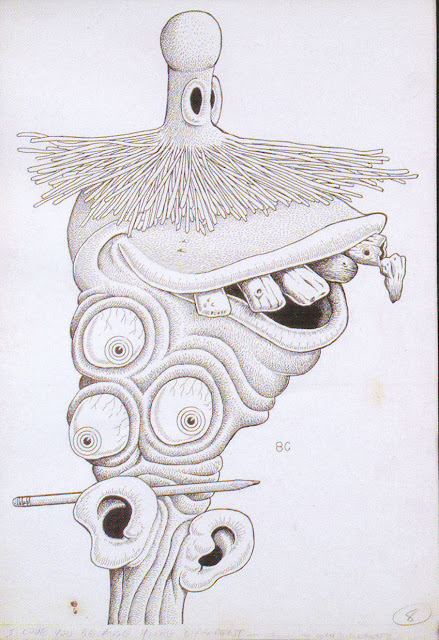 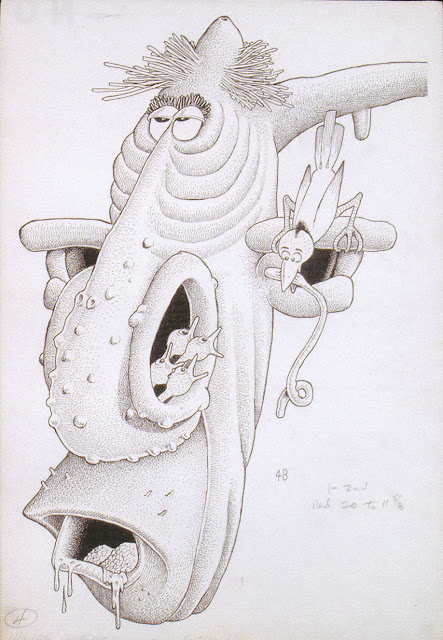 As you can imagine, Ugly Hang-Ups are quite rare and also fragile; pricing is speculative due to only a handful of posters even existing but somewhere in the low to mid three figures would seem about right for one. Some of Wolverton's artwork was sold by the Topps Vault a while back at what I can only describe as seemingly bargain prices but that's more of a specialty item.


Ugly Hang-Ups also seem related to Blockheads, another set that was pulled but emay have had its artwork recycled in a 1968 set called 3D Monster Posters (or vice-versa) which were not posters but merely renamed Blockheads.  That set may have filled the poster gap left by Ugly Hang-Ups getting the boot.
Posted by toppcat at 10:54 AM