That's Italian for Space Cards kids! Either just before or just after the launch of Sputnik 1, Topps released a series of 88 extremely well done science fiction illustrations in the U.S.  A related set Target: Moon, featuring cards identical in every way except for the title of the set on the back, was released a little later (a wee bit more on that next time) but in 1959 A&BC struck a licensing deal with Topps and select sets started to be sold in England under the A&BC banner.

One such set was Space Cards, probably in the first wave of releases that year (not 1958 like most references show, the deal was done in '59). The cards were the same size as the U.S. cards and sold in this wrapper (all scans taken from the U.S. and U.K. versions of eBay): 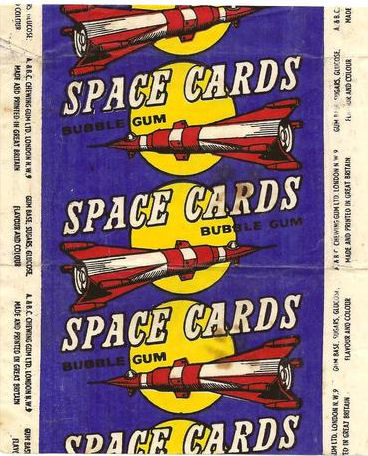 The English cards were identical on the front to the U.S. version: 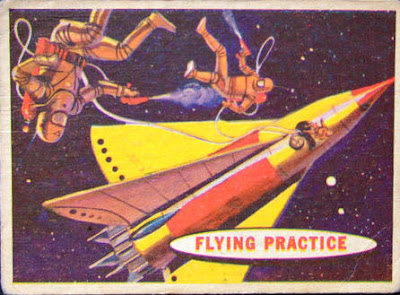 The backs were close but has A&BC's logo and a line about the country of origin: 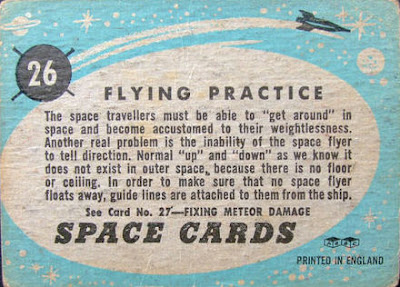 A recent eBay auction had a couple of dozen or so A&BC Space Cards but with Italian reverses: 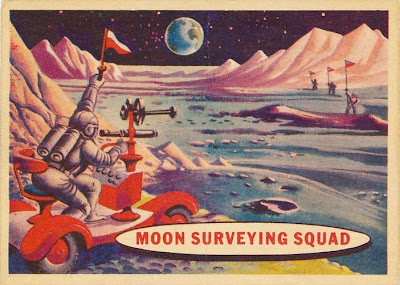 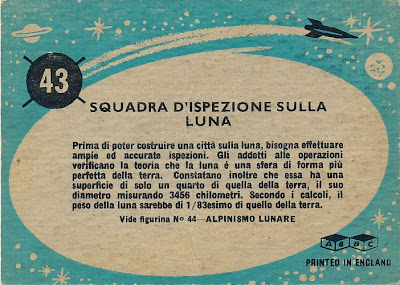 You can see the font is different than on the English card and the set name has vanished, possibly due to concerns it would not fit. A&BC would often print sets in various languages for sale in countries on the Continent and this must be one of the first ones they produced.

Until next time Ciao!!
Posted by toppcat at 6:01 PM