Your blogmeister picked up a neat item last week off the 'bay and while I thought it would answer a specific question I had instead it created a new one.

I have seen variants of these cards before and they are sometime birthday cards, sometimes not: 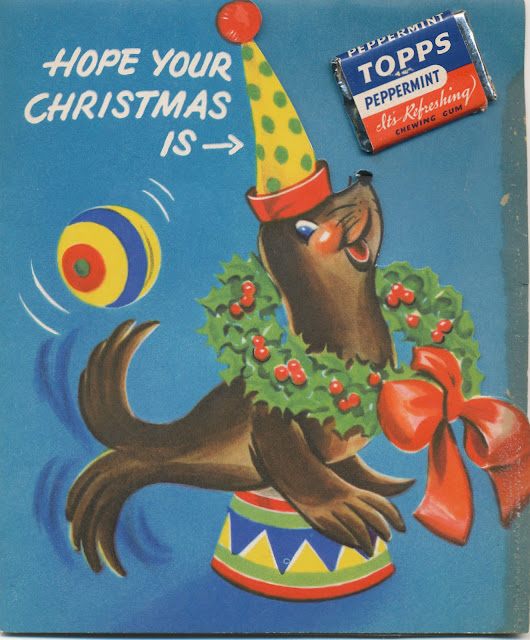 The card really just thick paper and is die cut around the seal and opens up to reveal something that makes a little more sense: 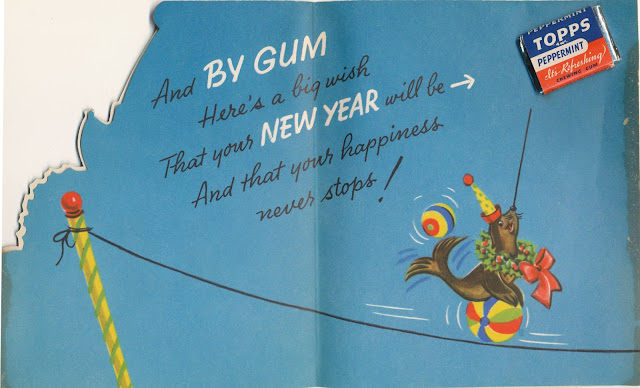 The setup almost makes me think this could have been a corporate greeting from Topps but I am not sure that's right.  The gum tab has a 1946 copyright on the wrapper and I would guess this is a late 40's card.

I would have bought the card no matter but was hoping it would indicate the greeting card manufacturer but alas all it has is this (still neat but not what I was looking for): 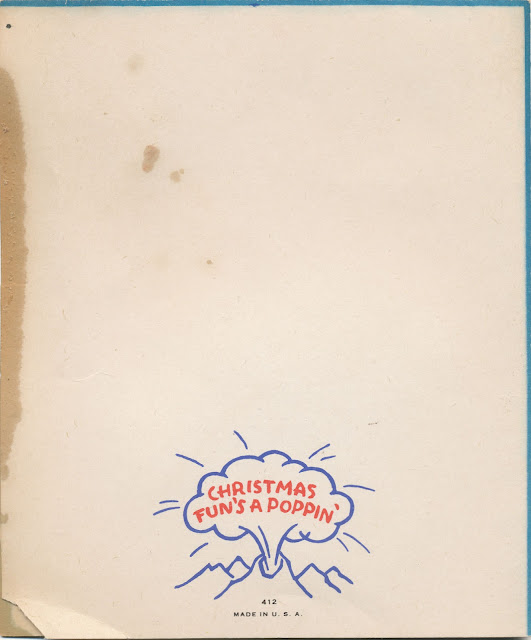 That is number 412 by the way.  I was expecting the maker to be either Barker Greeting Cards of Cincinnati, who had cut a deal with Topps to include Magic Photos in a line of greeting cards or Buzza-Cardozo which issued a line using Hopalong Cassidy packs.  I still think Barker is the most likely as the Hoppy cards used bigger packs and the associated greeting cards had much better graphics.  There was also a birthday card that featured Varsity Football as well as an Easter gridiron variant and I am sure there are others out there.

So, my question now is: can anyone identify the manufacturer based upon the graphics and indicia on the back?

I found a different card from the same line but there is no indication of the maker of this one either.

Funs a poppin appears to be the actual name of the issuer.