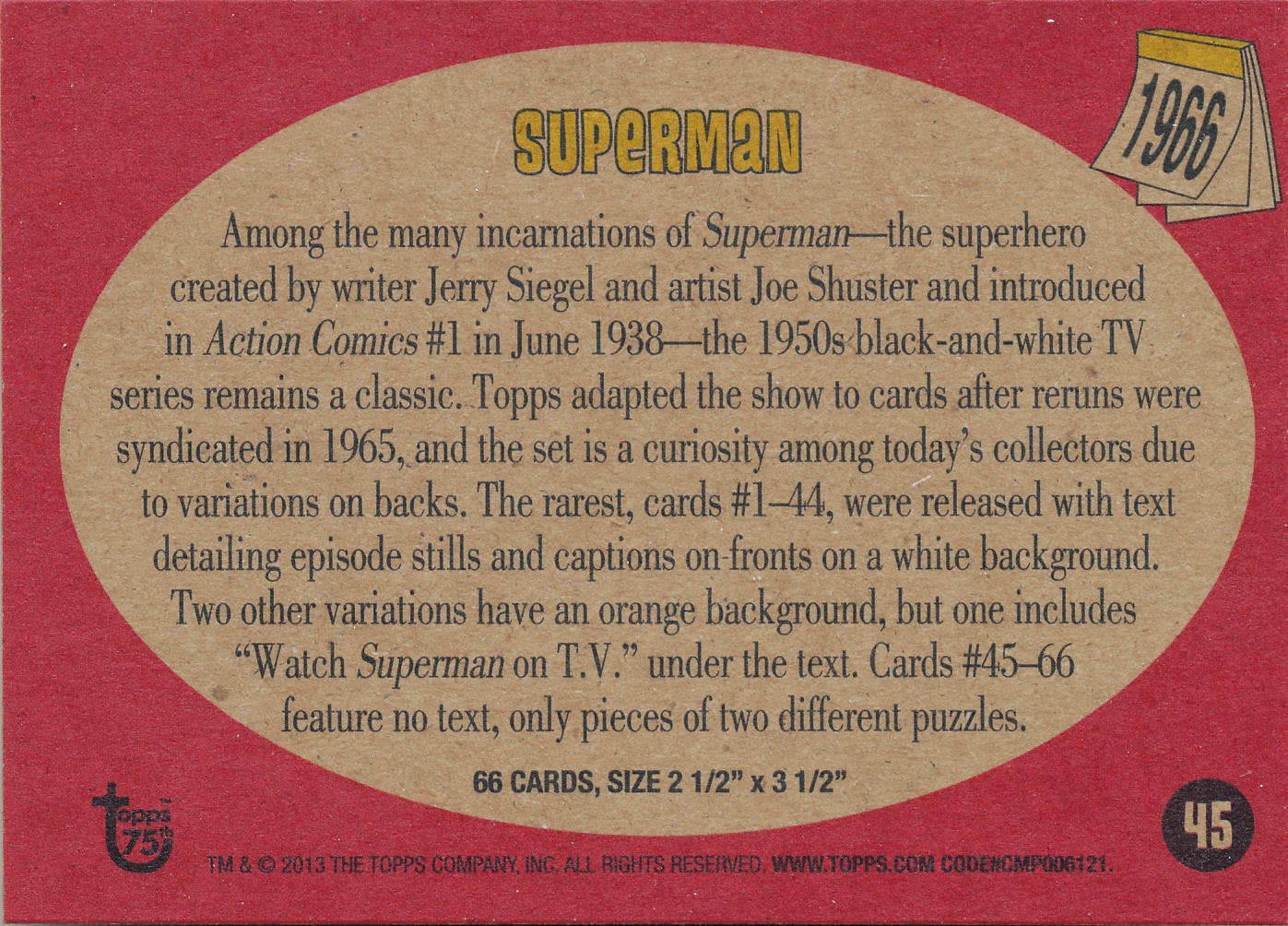 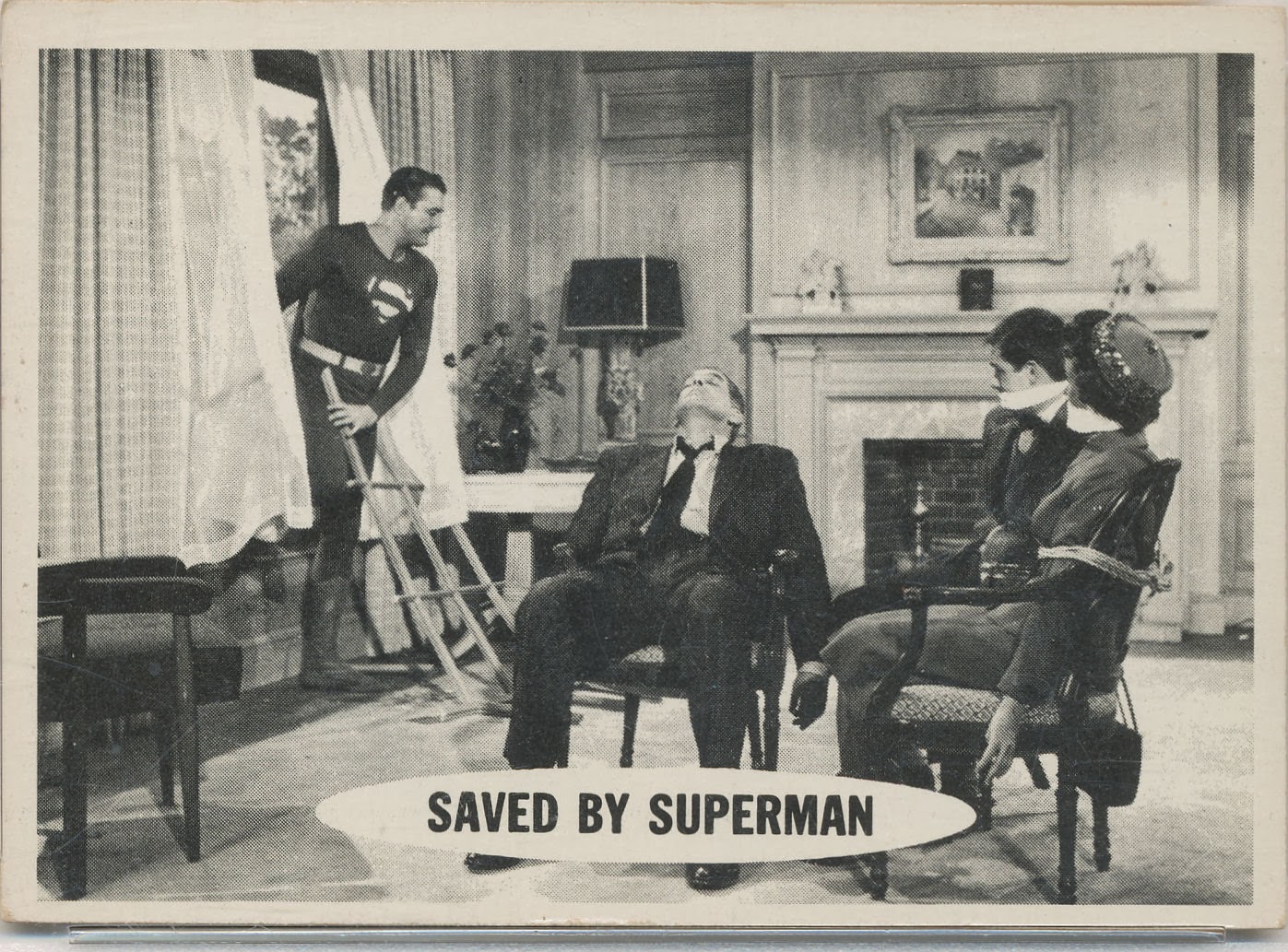 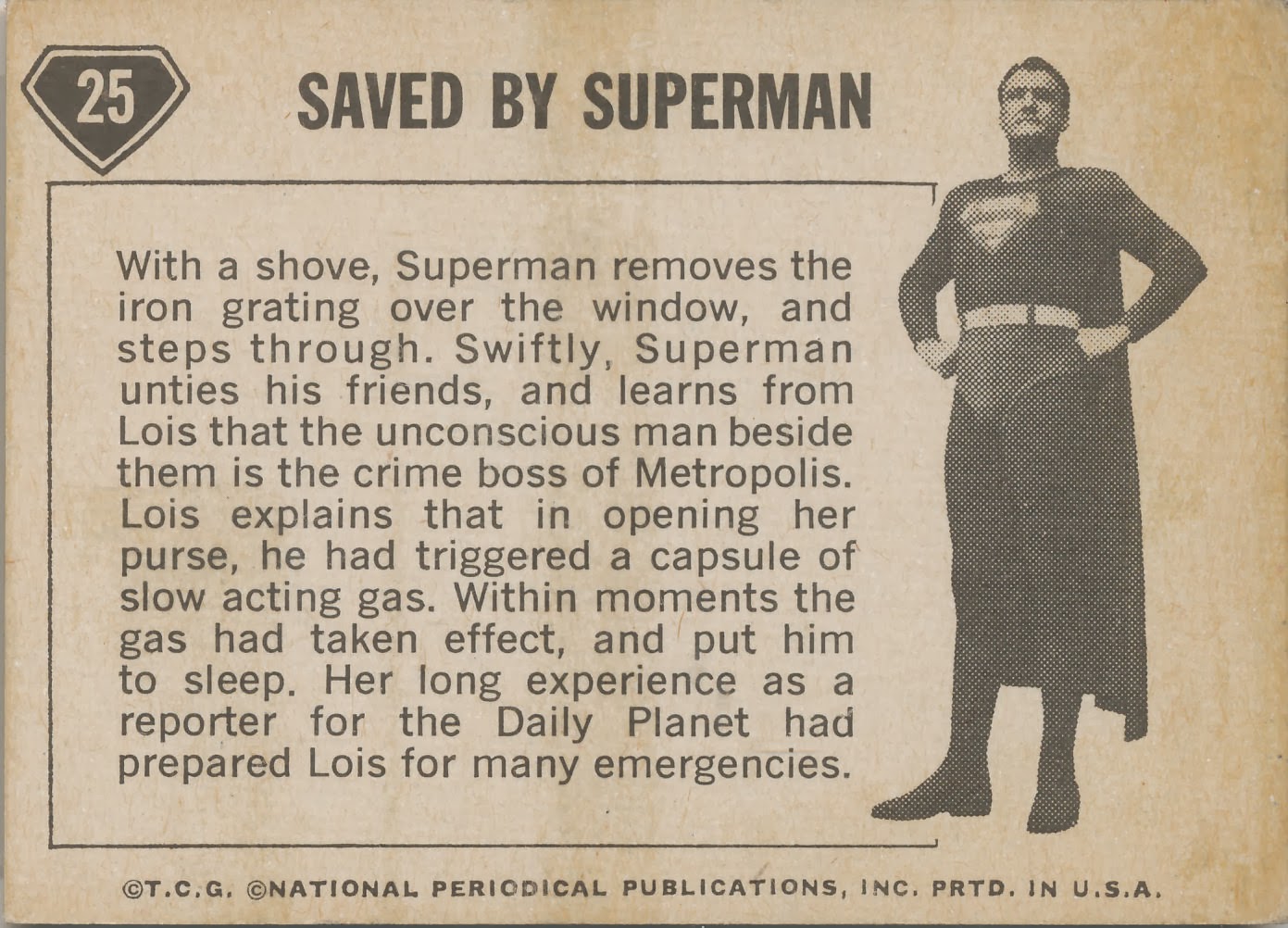 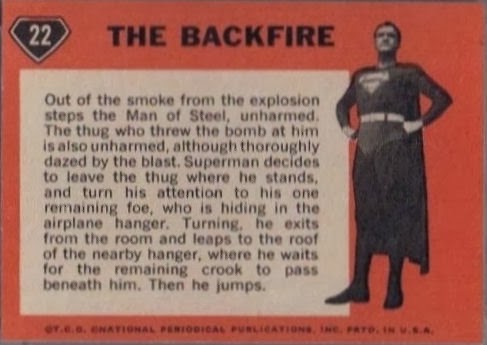 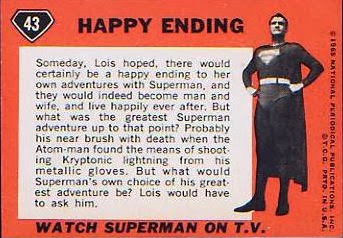 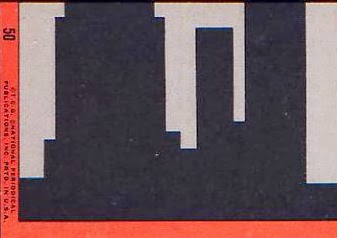 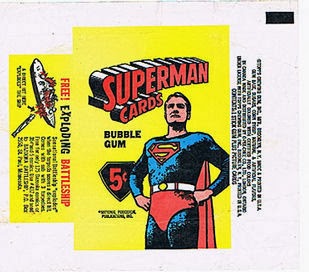 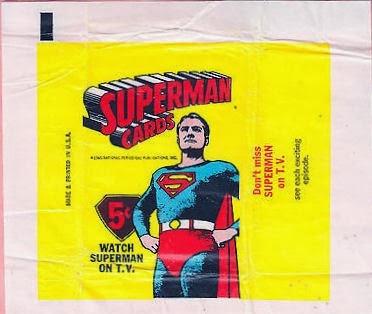 I recall buying packs of the Superman cards in my neighborhood in Brooklyn in the early 1970s, so I guess they reissued them, but was this regional or nationwide? The Superman TV show was a staple of local NY station WPIX-Channel 11 for many years, so it would have made sense for Topps to mine that audience.