Moving on from baseball today we close out an amazing run of Topps mockups presented by Friend o'the Archive Keith Olbermann. The general theme is hockey but we'll work in a little football and basketball (sorta) as well.

I'm a little out of my element on hockey card graphics and photos so bear with me...

Marcel Pronovost was a Hall of Fame Defenseman for many years with the Red Wings and Maple Leafs.  Most of his 1964-65 tall boy image is used here which seems odd until you realize a large portion of those cards consisted of the team name atop the player image: 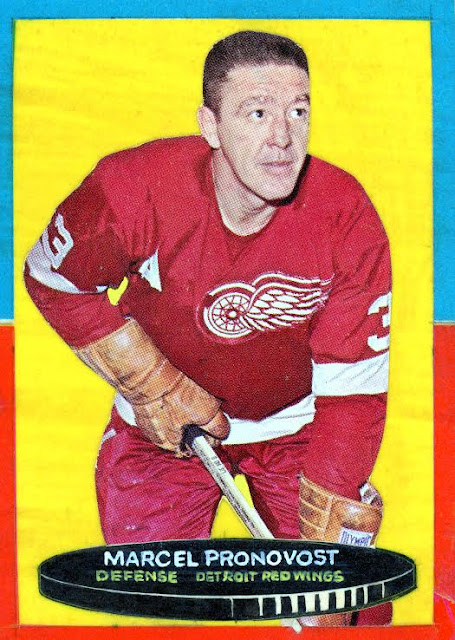 That color scheme did not see the light of day until the 1971 All Star Football cards subset came out: 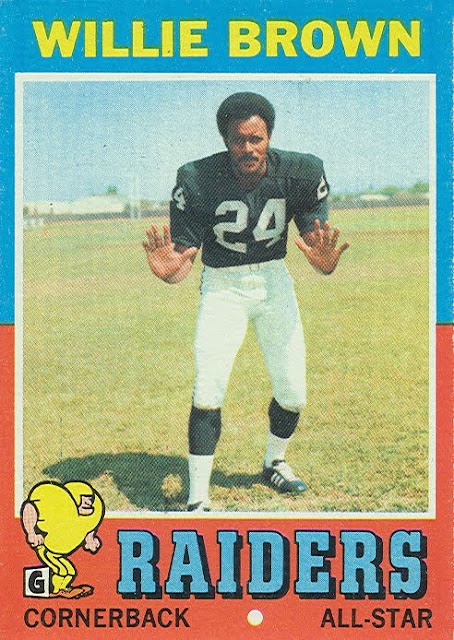 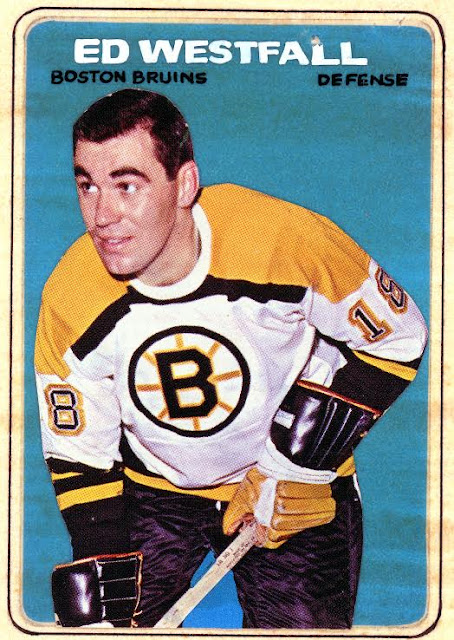 I see more in common with 1969 Topps baseball than I do with an issued hockey design there. By now you're probably thinking that the hockey mockups are a lot more accurate than the baseball ones, which almost never depicted the correct combination of player, team or logo. Well, you would be wrong: 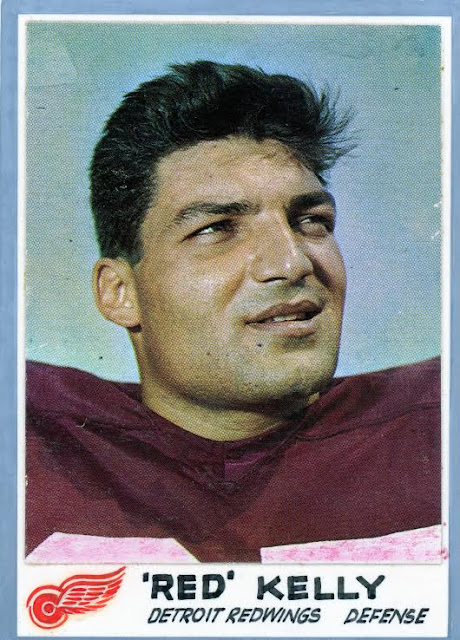 OK, Red Kelly was a definitely a Defenseman for the Red Wings and like Marcel Pronovost was also a Hall of Famer but he was traded to the Maple Leafs in the middle of the 1959-60 season.  Then there is the matter of that not being Kelly and, in fact, not even being a hockey player at all but rather Vince Promuto, a football player for the Redskins and whose 1961 Football image is used above. The design looks like it was progressing toward the 1962-63 Hockey cards though.  Here, check it out: 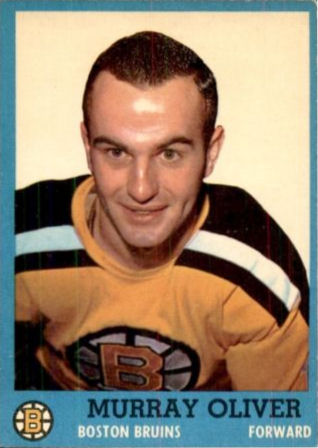 I chose Murray Oliver's issued card as that image pops up on the next mockup, although it's cropped a bit tighter, which is interesting, so the source is likely a photograph and not a paper proof: 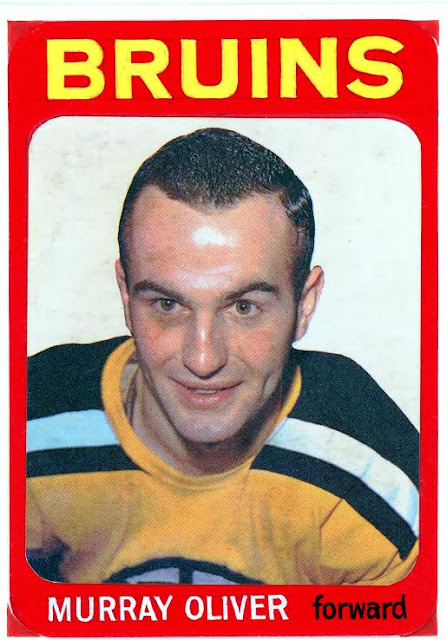 That's more like a stab at the 1964 Baseball cards I think, although obviously those are a lot blander.


Now we will close with something that is the opposite of bland, much like the 1964/72 Pete Ward psychedelic freakout we saw last time out.  These are some bold, bold graphics, although there is a twist: 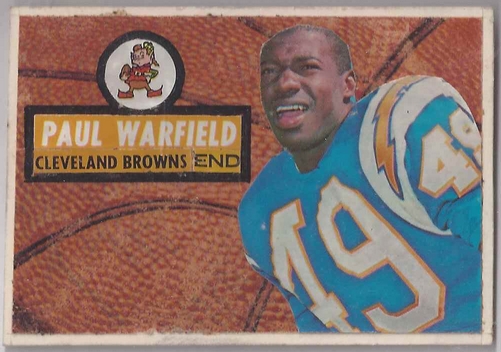 OK, I know that's a basketball dominating the background but it's clearly meant to be a football.  This looks like 1968-ish graphics that were adapted for use here (the logo and player name are correct for 1968).  I think this is from 1969, which is the last year that team logo was used.  Sorry but I am whiffing on the Chargers player shown here. (Note: As per the comments, it's Jim Warren, shown on his 1968 card in a Chargers uni but as a member of the Dolphins).

Hope you have enjoyed this peek inside the vintage Topps design process as much as I have.  Many thanks to Keith Olbermann for all the fantastic scans!
Posted by toppcat at 8:00 AM

The image is a 1968 jim warren topps football card.

What issue of Baseball Hobby News did you find the article on Gavin Riley's Topps mockups from your October 7, 2008 post.

It's from the April 1985 issue of Baseball Card News.