If you can stand it, there are still a number of Keith Olbermann's mockups to go through here.  We're getting into the later stuff here and by later I mean 1970's which makes perfect sense in vintage terms.

We'll go from mundane to spectacular (trust me) in six easy steps. First up is "Tom Siever", obviously spelled by a Yankees fan. Tom Terrific is, of course, nowhere to be found: Clearly they were working toward some kind of subset or insert issue. Here is a little bit more of a refined version, although not by much: 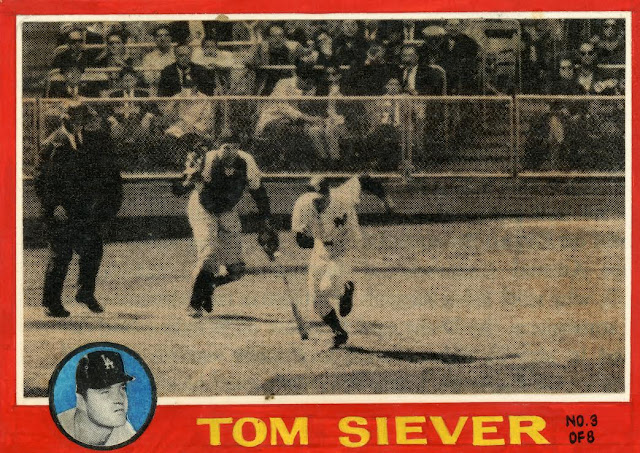 We move on a bit in terms of color with "Wes Parker" being portrayed by Jim Fregosi on what is a pretty spiffy design, at least to my aging eyes: 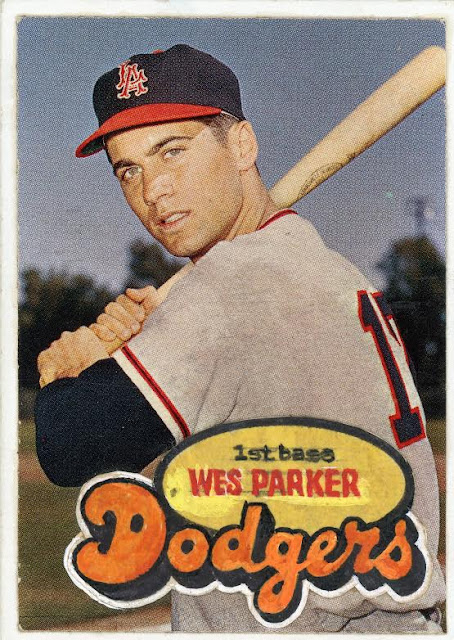 That's a 1963 Fregosi image but a decidedly more modern graphics package. They must have kept the paper proofs that were used for so many mockup images around for ages.

I would say things are progressing nicely toward 1972 with this Sports Illustrated swipe used as the basis of a Reggie Jackson mockup, with the original Mr, October standing in: 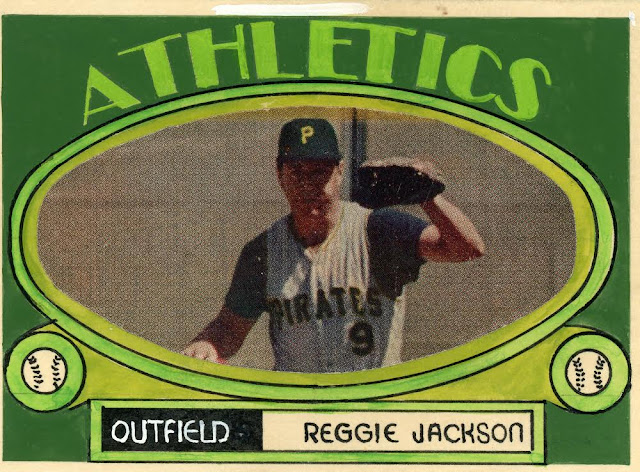 Nice, but the next iteration is even better, a 1971 John Mayberry used to propel the graphics toward finality in 1972: 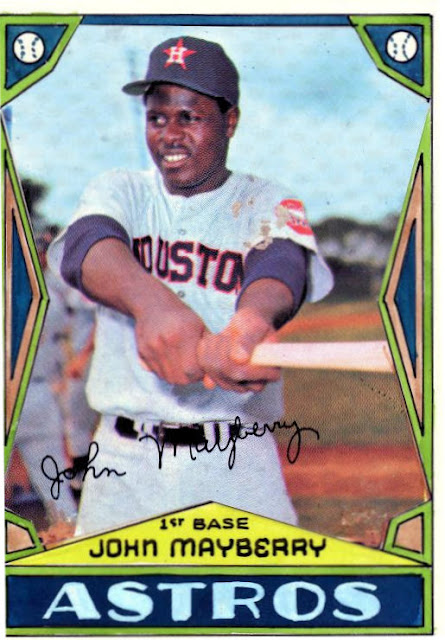 I think that's the only mockup I've seen with all the elements (name, position, team and player 100% correct.  Ironically, Mayberry was depicted as a Royal in 1972.  I do like that design but I'm guessing the borders were too "busy" for the Topps brass. 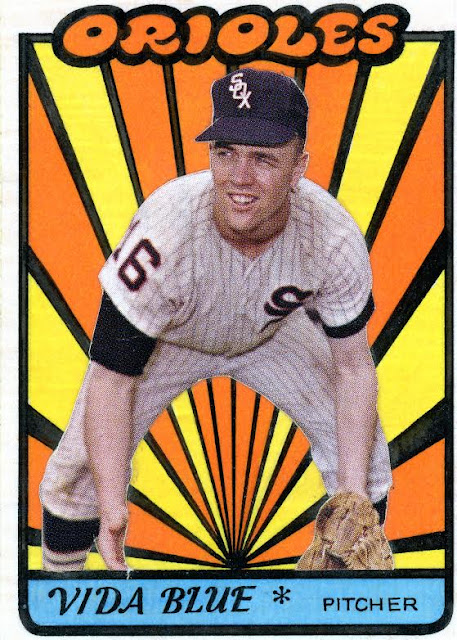 That is some eye-popping design!  I don't think it would have worked over the full 787 card set in '72 but it would have made a killer subset or insert, although baseball inserts were a thing of the past once the 1972 cards were issued. That background is just stunning.

That's about it for the baseball mockups.  Some other sports will be coming your way next time out.
Posted by toppcat at 8:00 AM