1973 saw a double test by Topps of a set featuring The Waltons, a burgeoning show on CBS that featured the namesake family dealing with life's trials and tribulations during the Depression and World War 2.  Fifty cards, mostly in horizontal format, were issued and the backs feature puzzles or "collecting and farming tips" similar to those found on the reverses of the Adam-12/Emergency, The Rookies, or Six Million Dollar Man test issues of the same era.

A pink theme was thought to be in order by Topps, presumably as the show's younger viewing demographic skewed female: 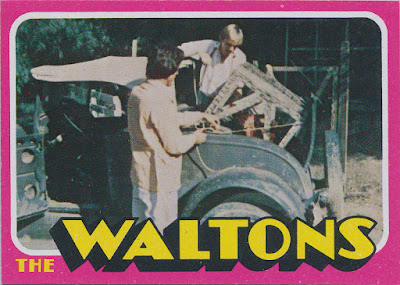 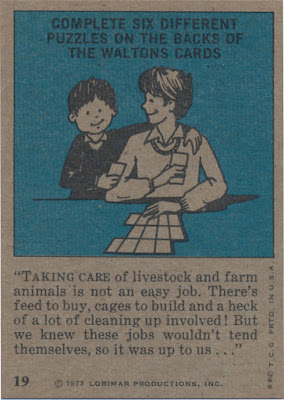 The vertically oriented cards look a little weird, to me the logo looks squished: 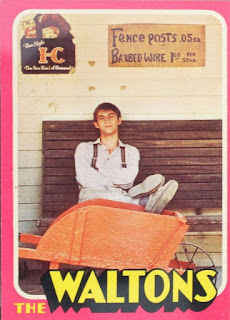 I mentioned a double test.  The first, or "A" test, featured a pack style frequently seen with test issues of the 60's and 70's: 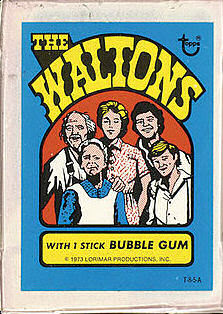 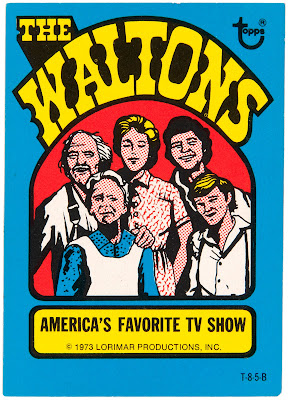 That's just the sticker portion by the way.  The pack would have looked the same as the gum version did but, in what is a first for me, I spotted a scan of just the sticker which also, crucially, showed the back.  I've never seen an intact test pack sticker before 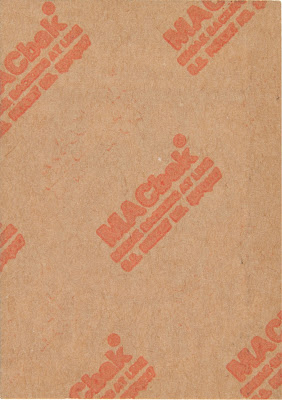 Neat, huh? Tops must have sourced their test pack labels from a different company than the one that provided some very scarce sticker stock for Wacky Packages, i.e. Ludlow.

The Waltons cards are scarce but slightly more abundant than examples from the aforementioned Adam-12/Emergency or The Rookies sets and maybe a little tougher than Six Million Dollar Man.

The Waltons Museum has a portion of an uncut sheet that displays the full set plus the five extra prints (right side running top to (almost) bottom: 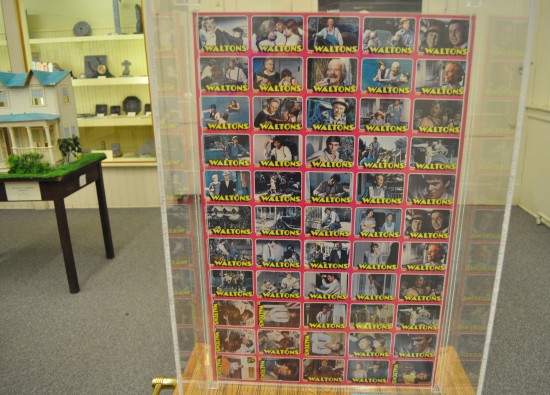 Here's the reverse, which shows all the puzzles: 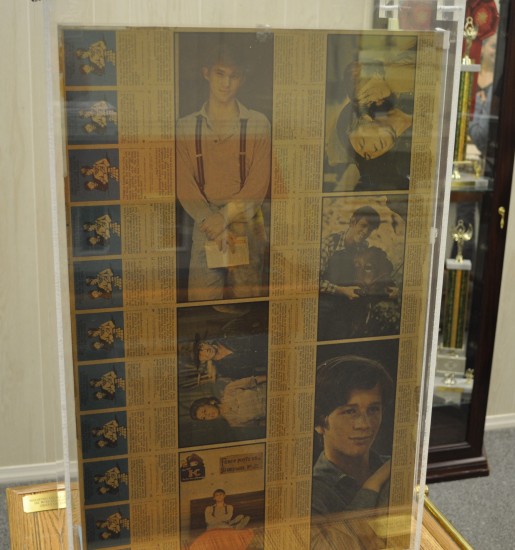 I have to confess I was never a fan of the show (I thought it was dumb) but did watch the other test issue shows from 1973-74.
Posted by toppcat at 8:00 AM