Little odds and ends keep getting dug up that help fill in some gaps in the Topps archaeological record. Today we have an auction entry from Vintage Non-Sports Auctions, run by Friend o'the Archive Tom Boblitt featuring some greeting cards thats hows just how far afield Topps would range in promoting their nascent card issues in the late 40's and early 50's.

Some of you may recall I posted a long time ago about a 1949 Topps Varsity pack that had been stuck to a greeting card, which likely have been issued in 1950. I thought at the time it had been issued by the Barker Greeting Card Company as my book described how they struck a deal with that firm in '49 to affix Magic Photo packs on some of their greeting cards but as will be seen momentarily, it was another manufacturer that did the deed.  Penny Packs of Hopalong Cassidy would be burned off this way as well in a deal made with a company called Buzza Cardozo but they were not involved with the Varsity promotion as it turns out.  Tom has a lot in his June auction that sheds more light on this oddity.

The card below is the same as the one I posted about eleven (!) years ago but the 1949 Varsity pack affixed to is is legit and not clumsily restuffed with foil like my prior exemplar: 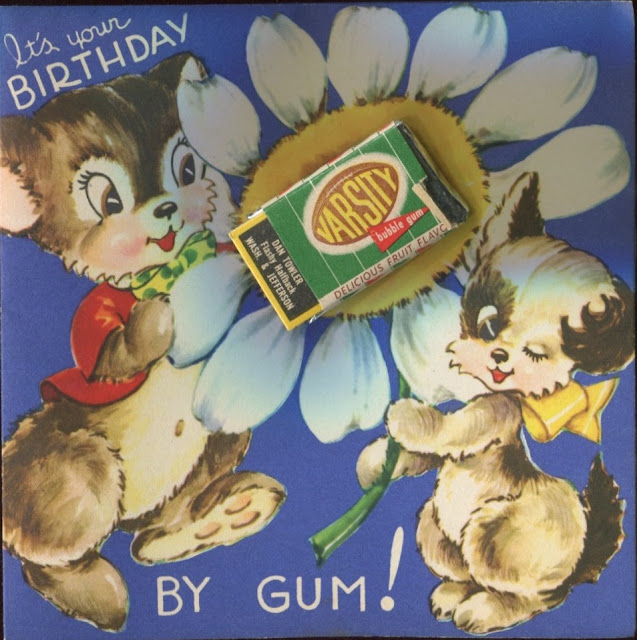 However, it turns out to be one from a box of 14 (wow) different cards -- with matching white envelopes of course -- measuring about 6" x 6" that was sold around 1950-51. Not all of these had confections attached and only nine remain from the original packaging but it's a neat little find.  Here's one with a lollipop attached: 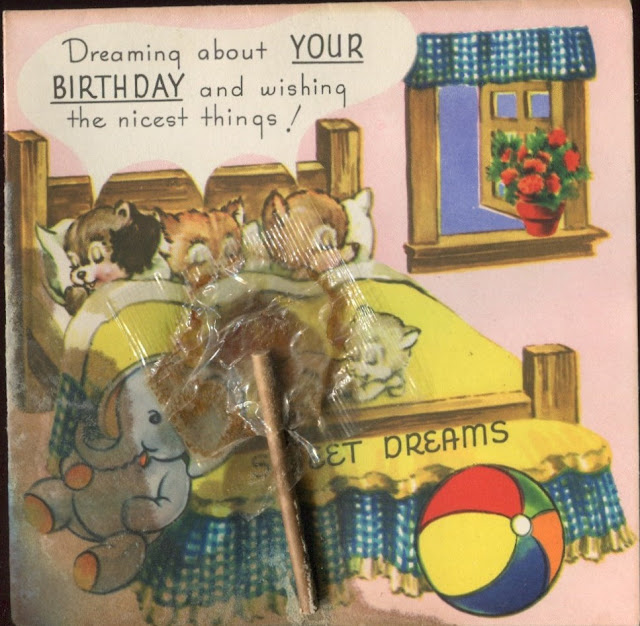 I would not be surprised if it was a leftover or excess Rudolph Pop as the lolly looks like it was wrapped in a similar fashion to these: 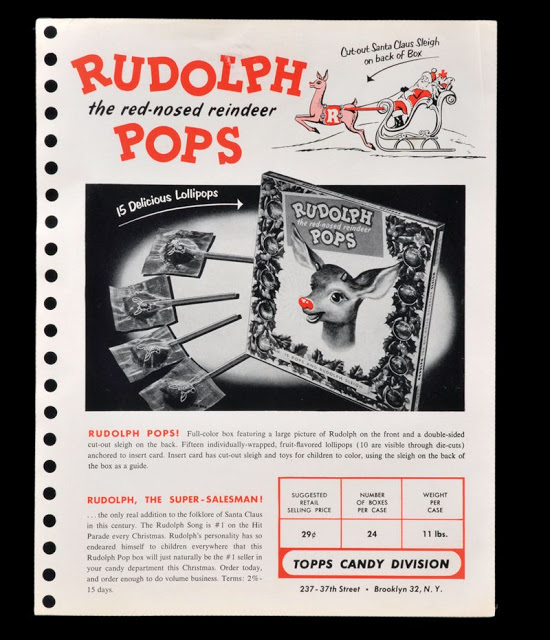 My research dates Rudolph Pops to 1950 and Topps Candy Division, at least under that specific name, started either that year or a year prior I believe. However, I need to try and date this image BFF o'the Archive Jeff Shepherd recently sent me from a stereographic promotional slide that prominently features said lolly's: 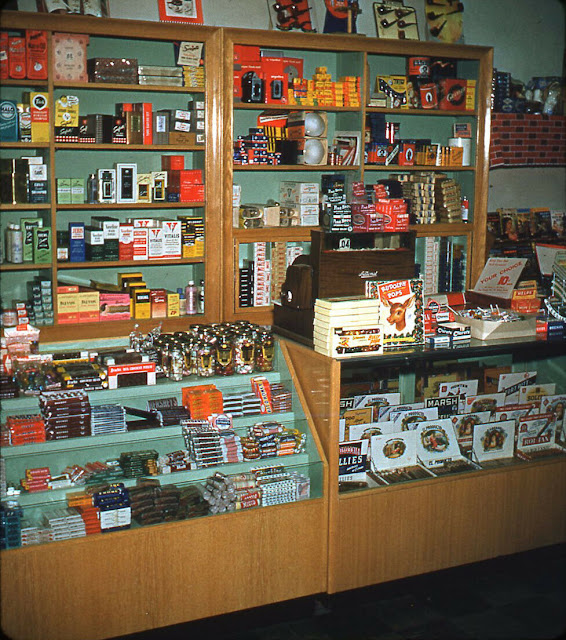 Look at all that candy!  And Cigars!  And Vitalis? Anyhoo, I digress.

Not everything came with candy in this box of greeting cards, here's a hippo with a monocle! 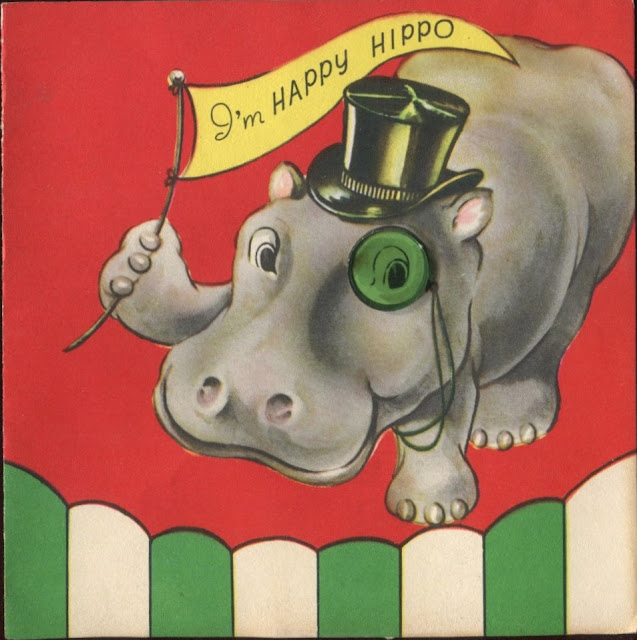 Other cards are described as Get Well or for other occasions.  What a fantastic little package of fun! Here's how they came originally, as "Toycards": 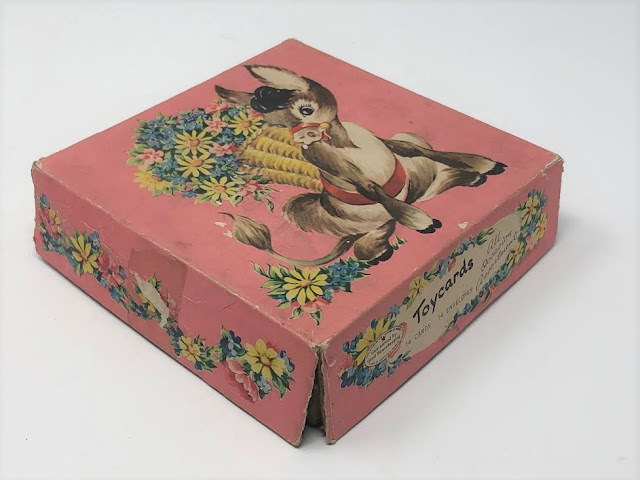 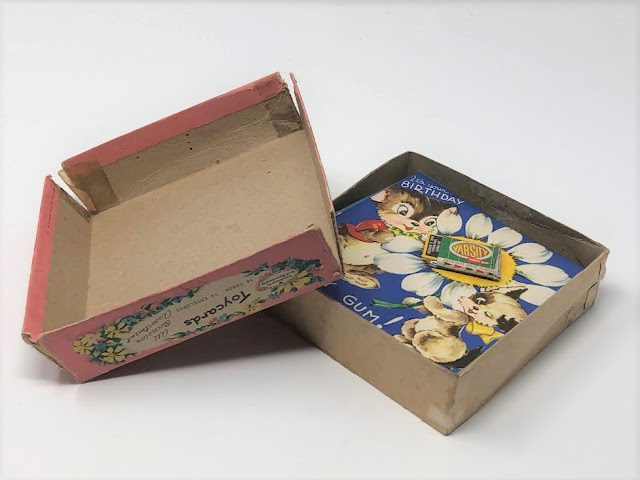 As it turns out, the manufacturer was Doehla Fine Arts: 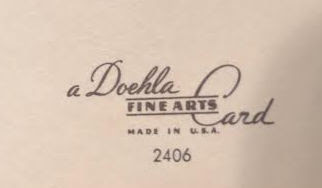 Now, speaking of Christmas, I think a different manufacturer came up with these, which I have also blogged about previously Note the more traditional greeting card size from a boxed series called Christmas Fun's A Poppin': 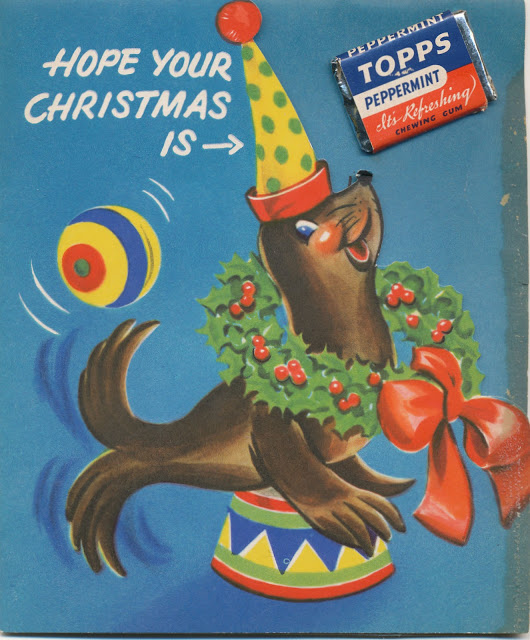 Here's more on that, check out the card in the middle: 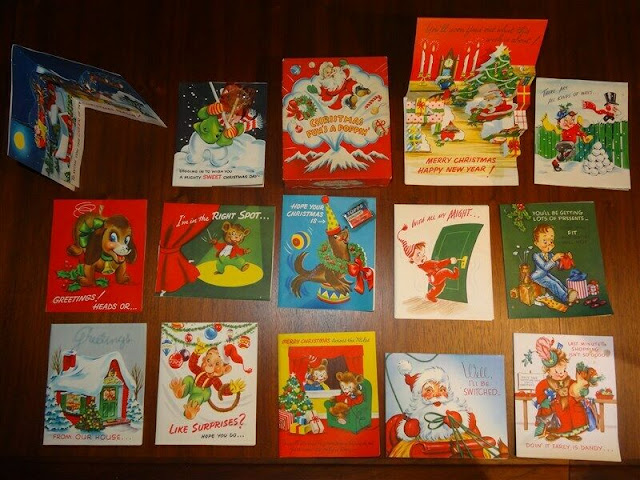 And here is the aforementioned Hoppy: 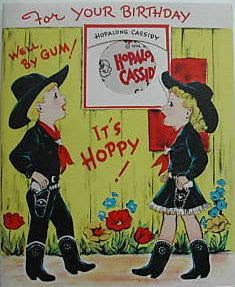 Hoppy had Pops as well, plus as a candy issue from Topps if I may digress again:

"Hoppily" that saddle bag is mine!

I'm bereft of a scan for greeting cards that attached Magic Photo packs but it's interesting how these are all centered around 1950 give or take-I suspect Topps had a marketing plan that covered third party sources of revenue for a year or two involving the greeting card trade.