Three teams were involved from what I can determine: Orioles, Tigers and A's.  Scans from the A's promotion seem to be non-existent and word is they are the hardest of the three to find so no luck there but I can show you the other two.

The front of the header card is plain to see but the reverse is interesting: 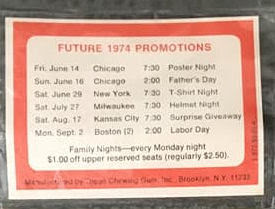 Keep that code (and T-Shirt night) in mind as we move on to Detroit: 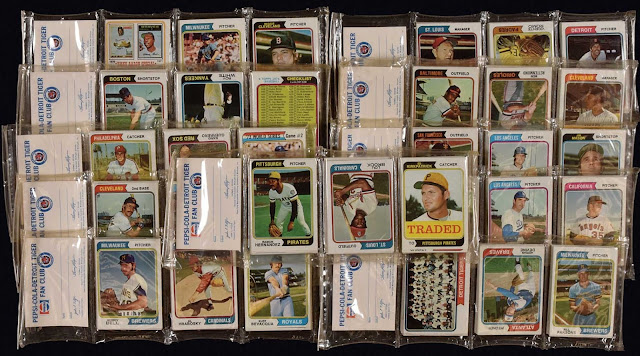 That's from an REA auction (Spring 2019) and is an impressive collection of nineteen of these scarce items.  The price?  A cool $20,600 semolians!  I should note a Winfield rookie, a second year Schmidt and several other HOF'ers were showing but that is an impressive haul. All are BBCE overwrapped as well.

Here's a legible look at the front of the header-note the Pepsi Cola connection here that is lacking on the Orioles giveaway.  I do not know if the A's were associated with Pepsi or not but Detroit sure was, in a very local way: 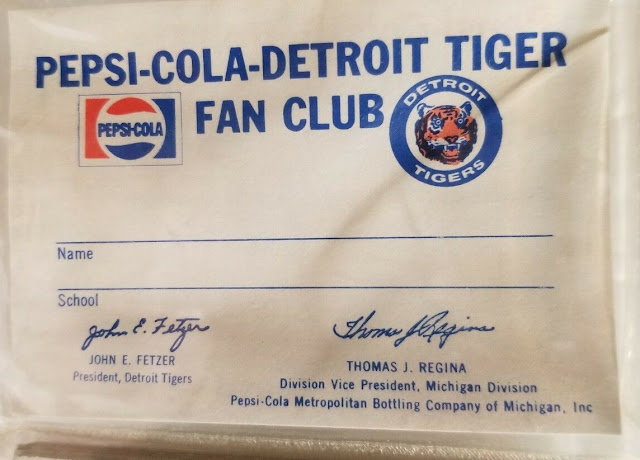 The back of the Tigers header is, uh, not a list of upcoming promotions: 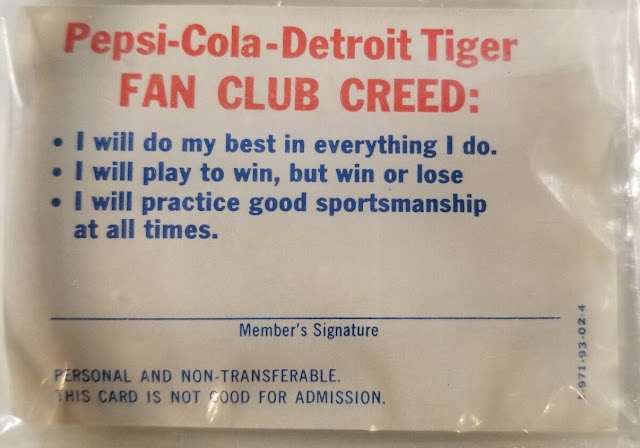 Here too, a commodity code!  The Orioles code is the same, except for the revision number of 01, so this at 02 followed in turn. I am going to say the A's would be 03.

Now about that T-Shirt promotion noted on the Baltimore header.  Detroit went Pepsi-branded again for theirs: 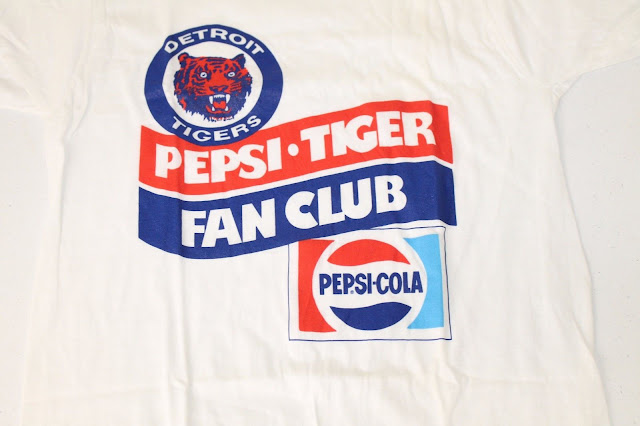 Not related to the Raks but neat-o!