Back at it i.r.o Topps cello packs kids, this time our quarry is 1968-69.  Topps was killing off the rak pak encased cello issues with the commencement of the 1968 baseball season and the more familiar modern rak pak was born:

Now it may look like the rak contained three cellos but it did not, Topps was just using old wording on a new style header, probably so as not to confuse young consumers. One of the implications of this move was that you would not be able to get an insert in the rak paks anymore; they still came in the wax and cello packs of course.

A 1968 cello pack therefore could only be had for a dime: 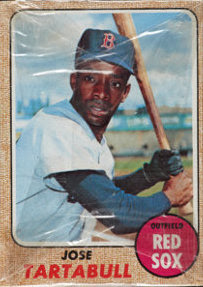 And who's in here? 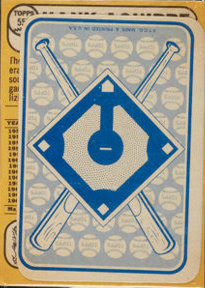 1969 saw a big MLB expansion and Topps followed suite with their biggest set yet, 664 cards in a classic design.  They also expanded their cello offerings, which I will get to in a New York minute: 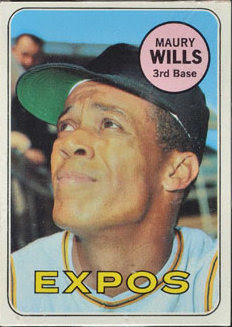 Kinda weird seeing Maury on an Expos card....the reverse has a couple of Mets: 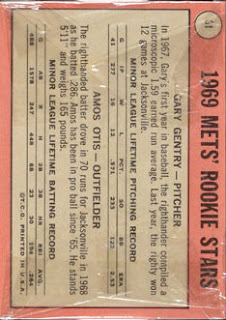 Topps was grappling with rising costs in 1969 and as was their M.O. at the time, took to some experimentation.  Wax packs were still a nickel in 1969 and the margins must have been getting pretty thin with more cards to produce, higher royalties to pay the MLBPA (as of 1968) and a myriad of supplemental sets they were trying out, so it made sense when they did this, although it was done as a cello, with gum no less (you can see it straining through): 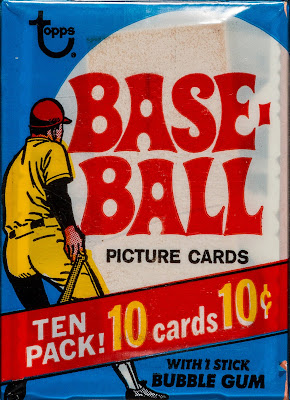 The reverse is very, very interesting to me.  This is a first series pack, evidenced by the Twins Rookie Stars card peeking through (hello Graig Nettles): 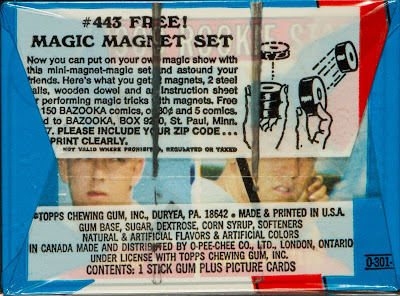 The Duryea in the indicia is, I believe the first mention Topps put of their production facility move since it occurred in 1966.  The odd thing though, is that the regular, nickel wax packs in 1969 listed Brooklyn until series five, when they too switched over.

The blue cellos are very, very hard to find.  The 69's are tough generally but check out these PSA pop report ratios:

That 1 count is possibly wrong as PSA likely didn't start differentiating the two styles for a while but they are tough packs even though they were seemingly issued across all series (seven series, but only six press runs I think).  Topps probably pushed the raks more and more and throttled back the cellos, especially with two styles issued.

The 1969 rak pak header continued the cello reference but the blue cello experiment must have been considered a failure as Topps took a whole new approach to how they sold cards in 1970.  We'll take a look next time at what they did.
Posted by toppcat at 8:00 AM

I don't ever recall seeing rack packs in 1968! (my prime collecting years were 1965-1970 on Long Island)...usually went for the dime cello packs and we kids would root through the box checking the front and back for prime cards while the store proprietor would yell at us. If nickel wax packs were the only thing available, they would do in a pinch.