BFF o'the Archive Jeff Sherman sent some old Topps promotional material across my transom the other month and it's high time I unveil things here.

Regular readers of this blog know that Topps unofficially dubbed their pre-Bazooka penny gum tab the Changemaker. I have no idea who came up with this slogan but it was genius.  Now Bazooka eventually led to the demise of their first and quite traditional gum line but in 1947, as the postwar boom was taking off, things were going full tilt at Topps. Until the point of discontinuance was reached in the early 50's they had deployed a multi-layered advertising and promotional campaign that was a thing of beauty.

In a continuation of their waritme use of comic illustration humorous ads aimed at consumers were deployed in various magazines, on subway cars and buses around the country and pretty much anywhere they could fit one in.  Here's a prime example: 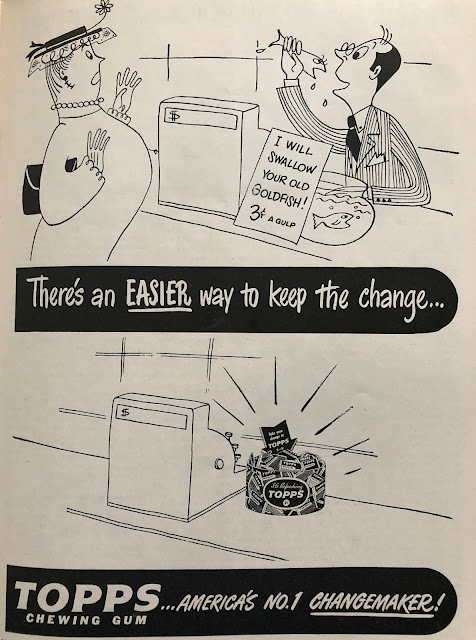 The best way to push their ubiquitous penny tab to consumers was to get the jobbers and their customers in line. Jobbers (wholesalers) got to participate in the Topps Jamboree, which gave away such prizes as new cars and exotic vacations to the top selling individual performers.  This blurb from a 1949 trade journal shows just how well their PR machine was oiled: 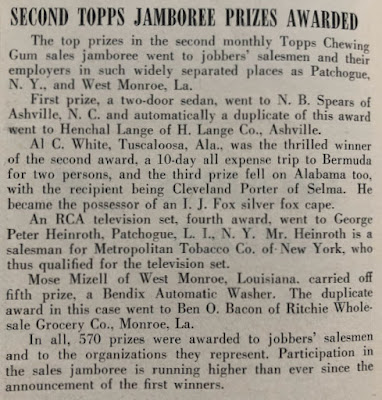 You can see an old American Leaf Tobacco Company connection in the winner of that 4th place prize. Retailers didn't get left out but the prizes became commensurately skimpier the further down the food chain they went. This promotional pamphlet from 1947 (about a year earlier than the cartoon ad above) laid it all out: 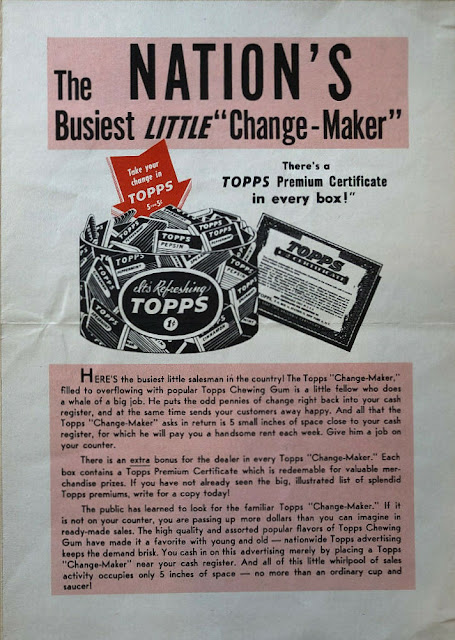 Those premium certificates have been covered here in depth and were key to the Topps sales and marketing strategies. For this iteration of the Changemaker promotional cycle, things were decidedly Eversharp: 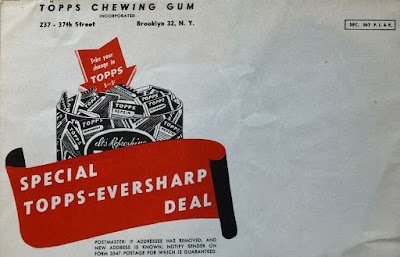 As to what was so Eversharp, I have to say it was quite disappointing, although not having been around at the time maybe I'm overthinking things... 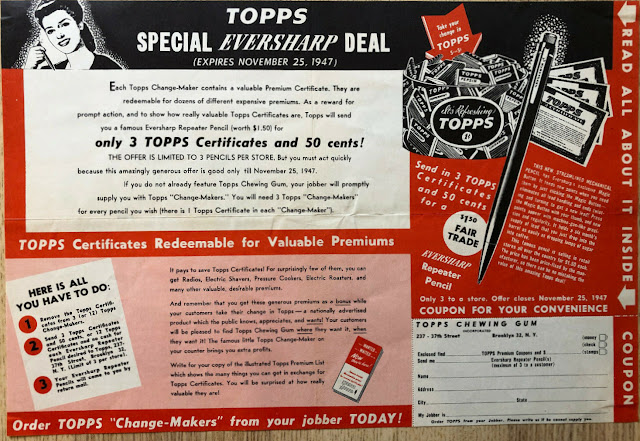 ...or maybe I'm not-mechanical pencils were probably just as boring a prize back then as they would be today!