Among the many irons I keep removing from the fire here at the Main Topps Archives Research Complex are those involving O-Pee-Chee, the Topps Canadian marketing partner starting in 1958 and continuing for 35 or so years before things got weird. Even before that they had a distribution agreement in place that may have pre-dated any card issues from the US. It was a complex arrangement in some ways but quite simple in others.  I won't get into the vagaries of it all today but you could fill a book (which I won't do either, although others have).  However not all O-Pee-Chee sets of that time originated with Topps; most did not but not all.

One such issue was the 1973 O-Pee-Chee Royal Canadian Mounted Police (RCMP for short) set.

55 cards in length, it was issued to celebrate the 100th anniversary of the RCMP.  Here is a typical card, mine in fact, which is misdated by PSA: 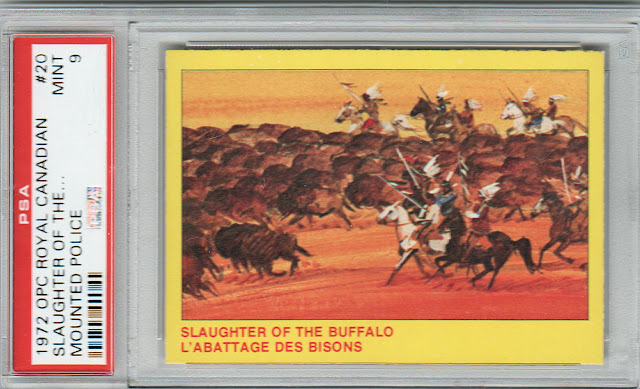 All of the cards are bilingual, of course and a lot of effort went into the paintings that make up the fronts. They may have been licensed from Ralph-McNally Ltd. but I'm not sure if that firm provided the text, paintings or both but you can see they are mentioned in the indicia on the reverse: 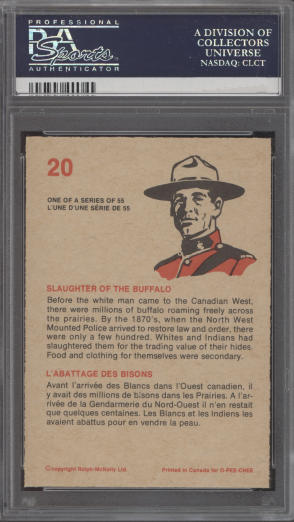 The RCMP cards are standard sized as was the insert, or "bonus" set, that rode along: 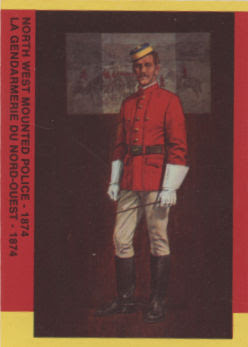 The reverse confirms the date of issue and the bonus set size of 30: 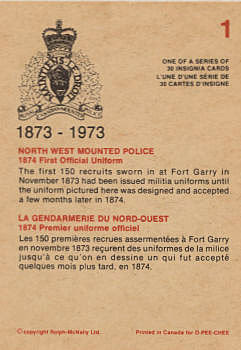 A colorful wax wrapper was used to retail the set 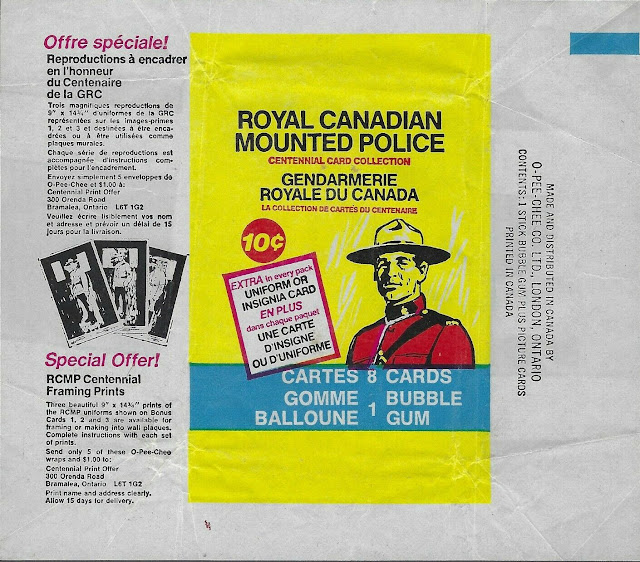 The first three bonus cards had artwork you could obtain as a larger premium; all three featured RCMP uniforms but I would have preferred, were I Canadian, to have had premiums of some of the card fronts from the main set. C'est la vie....
Posted by toppcat at 8:00 AM