Some serious odds 'n' sods examination today buckaroos as we take a look at various ballpoint pens issued, or not, by Topps.

Leading off, here's an Ron Oser ad for some Topps ballpoint pens from the July 1, 1994 issue of Sports Collectors Digest.  There were only two subjects indicated, with three of each available: 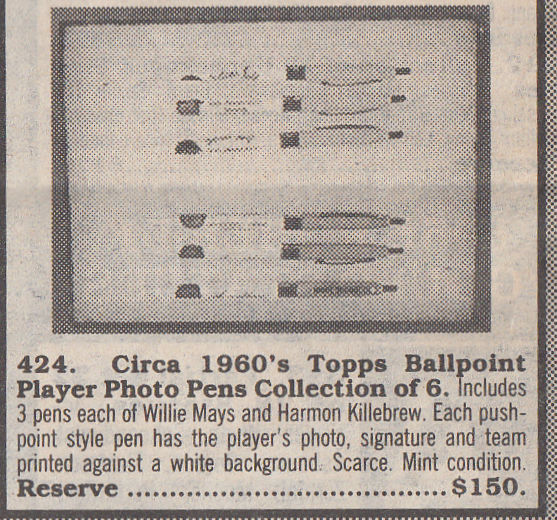 Another ad from the September 30, 1994 issue of SCD offers what would be the same pens, one each of Mays and Killebrew:
Did Brian Morris win that Oser auction?! I have never seen one of these in the wild but I did find a recent sale of a Killebrew pen on eBay that I think is the same as the ones from these ads:

I can't find Topps indicia but at a guess they were a mockup and I assume they are legit as Brian Morris was a well-known dealer out of New Jersey back in the day but until I can see something definitively tying them to Topps, I reserve the right to be cautious!
The only vintage Topps pens I am aware of are promotional in nature and don't have specific players adorning them:

Based upon the Topps logos, I'd estimate those as early to mid-60's. A later version (80's I'd say) exists as well and I'm sure more were produced over the years.  It's a no-brainer to hand these out with order slips, at least when such things existed.  Today what do you hand out, a thumb drive or mouse pad?

If you like non-vintage, there were some Wacky Packages writing instruments produced quite a bit later (2006): 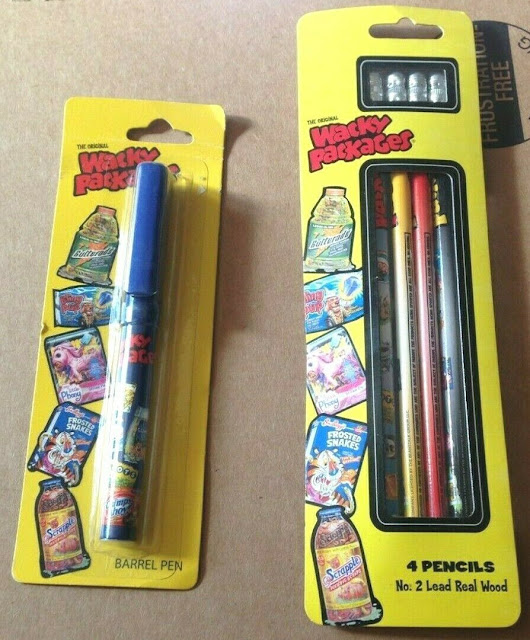 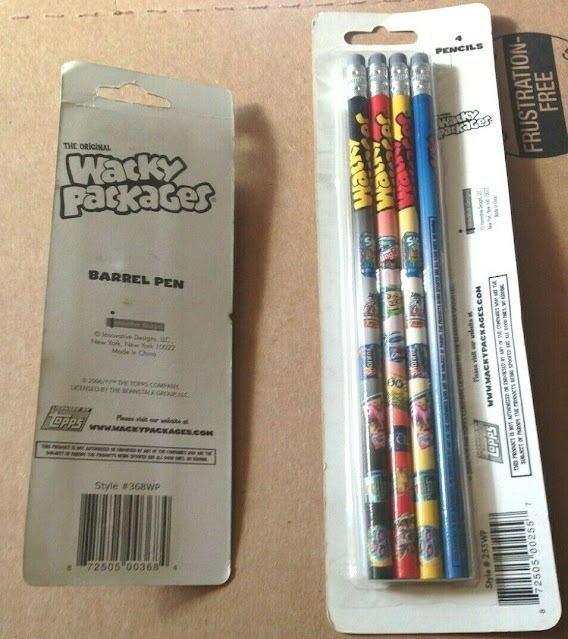