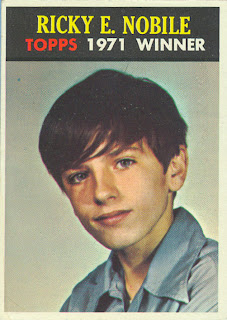 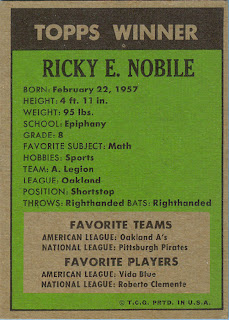 I wish I knew more about these strange "tall boy" cards. The Grow Power theme on the reverse may indicate a tie in to Earth Day, first held April 22, 1969 and celebrated more widely a year later with the Earth Day "teach in," an event I remember quite well from third grade. That green blob on a stick on the right side of the back is a tree, in case you can't suss it out. I feel like finding my old Whole Earth Catalog and reminiscing.....
Posted by toppcat at 8:26 AM