Well, it has been quite the week here at Topps Archives World HQ. There has been some significant information flow on a number of fronts, which will be addressed in the coming weeks.

Today though, I turn to thoughts of deckle edges, vintage 1974.

As many of you know, Topps first inserted small black and white cards with deckled edges in their 1969 baseball packs. These measure about 2 1/4" x 3 1/4" deckle-to-deckle, a standard size for inserts at the time. It is quite a nice set, has a couple of variations but is utterly common. Here is one for comparative purposes: 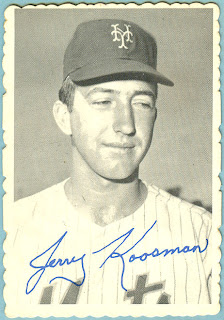 The backs resemble those of the 1969 Super Baseball: 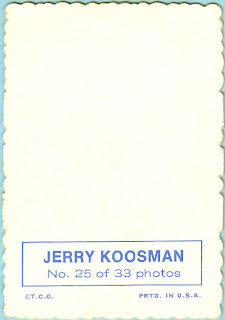 The smooth, still white back is indicative of quality photo stock being used to print these and the deckles have held up well over the years.

In 1974, Topps issued a set of 72 postcard sized (about 2 7/8" x 5" deckle edged cards in test packs. The cards had more black-and-white definition than the 69's, which tend to grayer tones, and the fronts are nicely glossed: 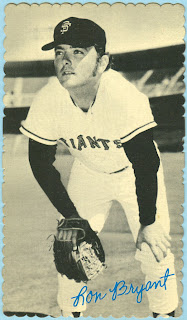 The trick with these is on the back; there are gray and white back varieties of each card: 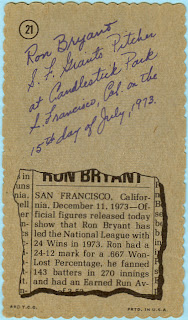 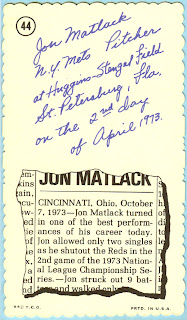 More mystery lurks on the front of the white backs though: 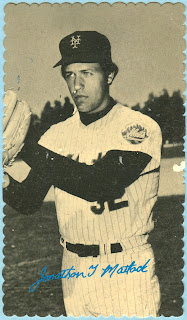 While the pitting and chipping on this Matlack card is unfortunate, it helps detail what I can only describe as a "tacky" gloss on the white back obverses. It is far stickier than I am sure Topps wanted and my theory is they had to reprint the set using the gray backs. Perhaps there was an interaction between the gloss and the cardboard stock used (which does not quite appear to be photo stock quality on the whites, let alone the grays).

Another theory is that the tacky gloss could have interfered with the gum within as the cards were sold with and without gum, three cards to a pack for a dime: 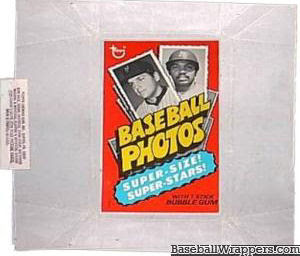 You can see the flap on the back of the test pack (plain white wax with a stickered label) listing the gum ingredients, a common way to seal these packs. Those without gum however, had no back sticker that I can determine, at least on the wrapper I have in my collection: 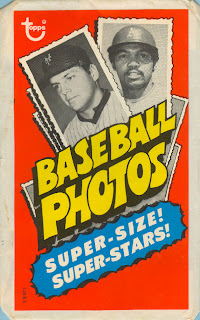 It may have fallen off but the back flaps look untouched by anything else. Perhaps one of our readers knows for sure.

The 74's, while not the easiest of sets to complete, follow the 70's vs. 60's rule-of-thumb concerning test issues as they can be found with a little bit of searching (60's test issues are generally much harder to find than those from the 70's). It is thought the 74's were sold in the Massachusetts area, perhaps indicating they were printed in the Bay State. I would not be surprised if they were sold in a couple of other areas as well but Massachusetts seems to be the local focal point.

The 69's and their scarce straight-edge proofs will be posted about on another day, with details about their OPC brethren in both baseball and hockey flavors.
Posted by toppcat at 8:03 AM