What Is And What Should Never Be

There are occasions where things come through the Main Topps Archive Research Complex that require some poking and prodding in order to divine their true nature. Some are legitimate Topps items, some are red herrings and some still defy repeated attempts to crack the code.

An item I have long been trying to prove is either Topps or not is the 1976 Clear Plastic Bill Lee "card" shown here: 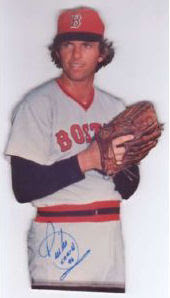 All I have is the above scan to go on at this point, the e-mail sending it to me is long dispatched to the dustbin of history. The quality is there and the time frame seems right but the autograph is throwing me a little. I think the jury is out on this item and I would love to see another example or two.

(UPDATE-late evening July 9th-mfw13 (Matt W.) has posted the answer in the Comments section. The Lee is a 1976 Kellogg's proof item. He has a few others as well, they are very cool looking pieces. Matt shot me an off-blog message that indicated he found them all at a Labor Day show about 20 years ago that was run by Bob Lee, no relation.)

Another mysterious Topps piece is this mini comic book, allegedly distributed as a "box topper" for some 70's set or other and described as a reprint of an earlier, non-Topps publication. 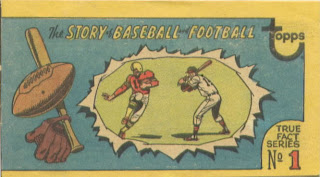 I believe this one to be legitimate but cannot verify the distribution method.

Here' s one that is a definite fake: 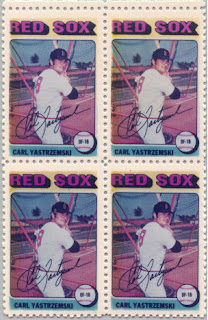 In fact, there is a whole series of these covering a number of different years, all featuring Yaz. Other Topps fakes include a sealed set of puffy stickers from 1978, bearing odd looking logo styling with a dreadful number of typos and white plastic rings with a small 1955 Topps baseball card affixed. No scans available of those at present but you can imagine what they look like if you close your eyes.

Some mystery pieces may just be typos, such as a two paneled 1968 Topps Action Sticker sheet (3 panels is how this great set was issued) and some may be guesses, such as 1960's ballpoint pens with player likenesses. They could be real but no hard evidence exists to suggest such a thing, just a cast off line in some long ago hobby publication.

Then we have the catalog error, such as the entry in the 1968 ACC updates described as R-429-68-1, which indicates a series of sixteen 1968 paper baseball posters measuring 11" x 14". Well there is a set of baseball posters that year but they are 24 in number and even larger than the erroneous listing shows (which likely was for a series of O-Pee-Chee football posters).

The biggest mystery of all though, is this 1967 Poster Sticker of Roberto Clemente. A lot of advanced collectors believe it is real and it may well be but it may also have been a Cinderella piece, a one-off done up as a lark. Except for the missing number (11) on front, it looks like a regular '67 insert poster of Ol' "Bob". 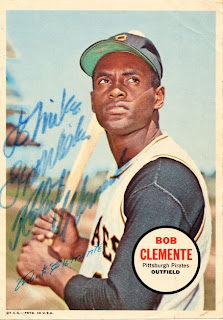 I do not know if the autograph is legitimate, it would help determine if the sticker is real if it is, in turn, real itself.

The back looks period, below it is the back of a regular '67 Clemente poster. 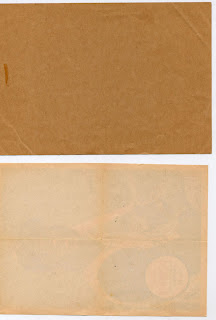 Handily, this helps determine it is the same size as the issued poster.

So many mysteries, so little time! If anyone out there has further details on these issues, please drop me a line.
Posted by toppcat at 7:19 PM

The Bill Lee item is a die-cut proof of his 1976 Kelloggs card. I have several of these from various years including proofs of Willie McCovey, Willie Mays, Reggie Jackson, Juan Marichal, and Steve Carlton.