Last time out we covered the first two Venezuelan Topps sets, which probably lulled everybody down that way into thinking these sets would be annual events. Well, there was no 1961 set, perhaps due to the uncertainties associated with expansion or maybe just because no license was issued for that year. 1960's set must have sold better than the 59's merely based upon surviving examples so it remains a bit mysterious why '61 was skipped with sales ascendant.

The hiatus allowed for a bit of a retooling as well. 1962 saw the implementation of Spanish to the backs, thus making identification a lot easier. Once again 198 cards were issued but it seems they all came out at once and since they came from the first two American series' the the darker tone wood grain fronts of the second series also were on display in the Venezuelan set. As you would expect though, some particular twists were introduced.

Here is a series 1 card of a shell-shocked looking Don Larsen, with a first series Topps card following (the bottom border missed the scan on the latter): 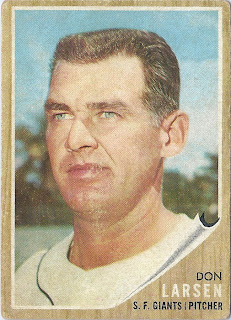 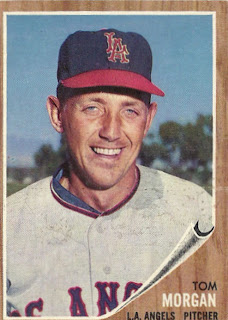 The Venezuelan example lacks the "punch" of the US version but the lighter grain is more pronounced as a result.

The backs tell the story in two languages when compared side by side: 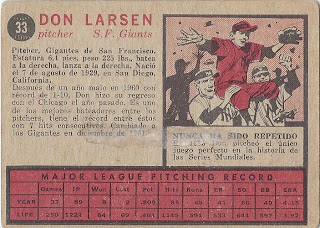 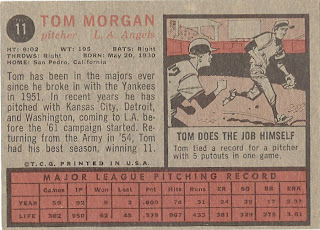 You can see the background color of the stats area is much pinker on the Venezuelan card. That little blob of paper is common on '62 Venezuelans by the way; it is from the wrapper and production problems during sealing led to the back card in each pack of four having some leftover residue come along for the ride. Fronts can also display this streak.

The cards from series 2 show the darker grained wood is much richer and deeper on the US version (right, or bottom depending upon your browser and screen): 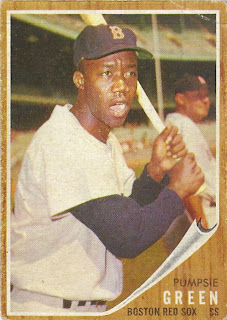 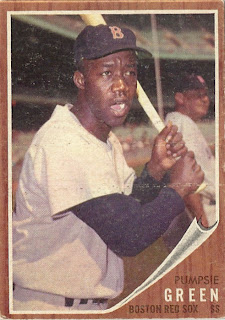 The back from South America is also pinker in tone again (same order): 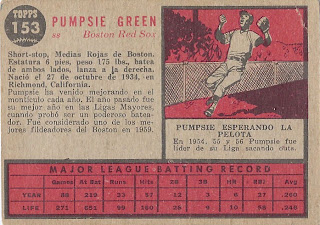 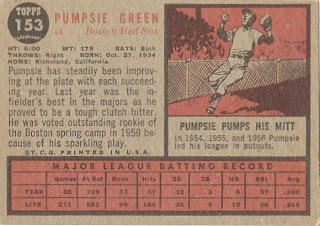 I think the pinker tones look much better than the muted salmon, don't you?

The last two cards of the "second" US series, 197 and 198 were not issued (Daryl Spencer and Johnny Keane got the heave-ho); instead two Venezuelan born players, Elio Chacon and Luis Aparicio were assigned numbers 199 and 200 and imported from the US 3rd series (Chacon was #256) and 4th series (Aparicio is #325 in the Topps set). Josh's Yahoogroup writeup for this set indicates cropping differences exist between the North and South American cards for these two players. But wait-there is more to the story.

1962 was the second year Topps included checklists in their sets as numbered cards. As a way of previewing their upcoming series (which did not match the checklists and was generally off by either 22 or 11 cards), Topps started putting a checklist from that series on the sheet with the prior series cards, essentially reducing 110 card series to 109 cards as printed and 88 card series to 87 on the sheets. Therefore, the second batch print run ended at #196 in 1962 but there were almost certainly two holes created when the extra checklist was pulled from each print run in Venezuela. Hence Chacon and Aparicio appeared in a neat solution to a mundane problem.

I realize I have to finish my series on the Theories of Checklist Relativity and the Series Previews soon ad they don't cover the post 1960 period!

An album was introduced for the Venezuelan market in 1964 as well (once again, Josh has a scan) and this was when gluing of the cards, somewhat traditional in Central and South America, started in earnest. The card stock is pretty poor in '64, gloss is a distant memory and the card sizing can vary about 1/8" from the US cards sometimes. More cards probably resulted in a slight weakening of quality control.

Here are the comparative 1964 scans, fronts V to U, then backs: 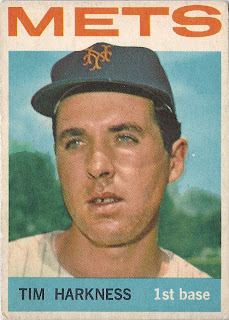 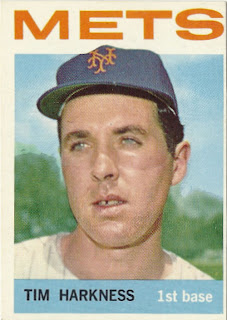 There seems to be more orange in the Venezuelan color tones, frontwise. 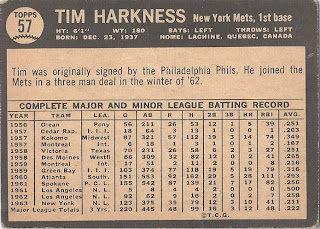 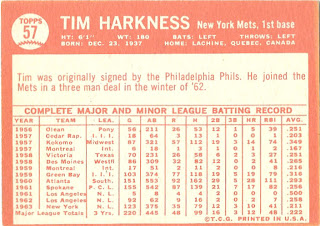 The Spanish has disappeared but those black backs make it easy to identify a Venezuelan issue. Loco!

Another 370 card set came out in 1966, once again without Spanish backs. Organized and sold in similar fashion to the 64's, the gloss shortage has eased just ever-so-slightly but the off sized cuts remain. Thankfully, so does the excess orange in the mix as the backs make identification easy.

Fronts, then backs, South to North each time: 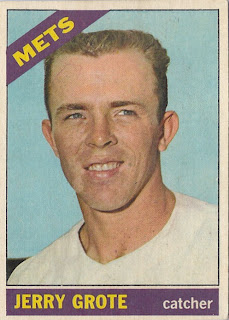 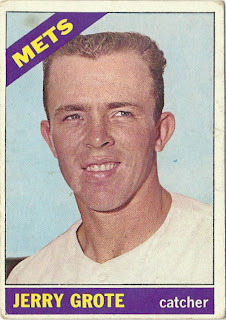 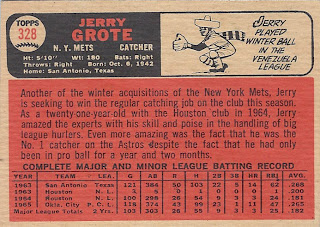 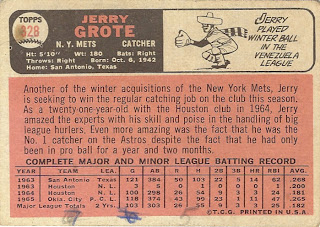 Josh has the intel on other differences, so go check out his Yahoogroup for more.

Next time we'll look at one of the best baseball sets ever issued in any hemisphere or country, the 1967 Venezuelan Topps set; a three-in-one killer of an issue. Estar allí o ser cuadrado!
Posted by toppcat at 7:17 PM


Bringing cards to Newcastle: The choice of Jerry Grote for a 1966 Spanish variation back is ironic!