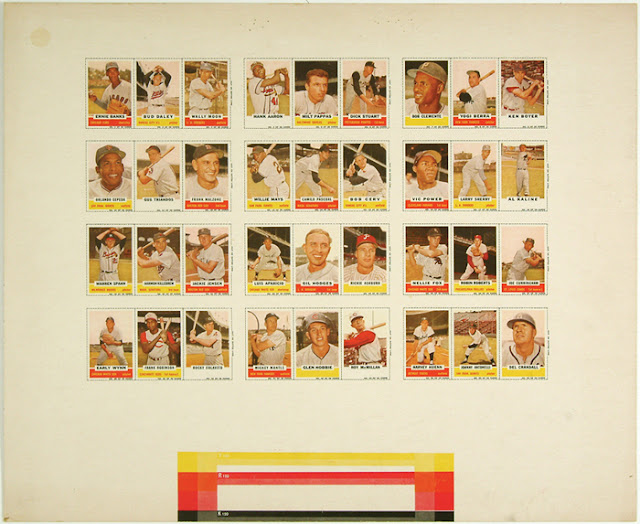 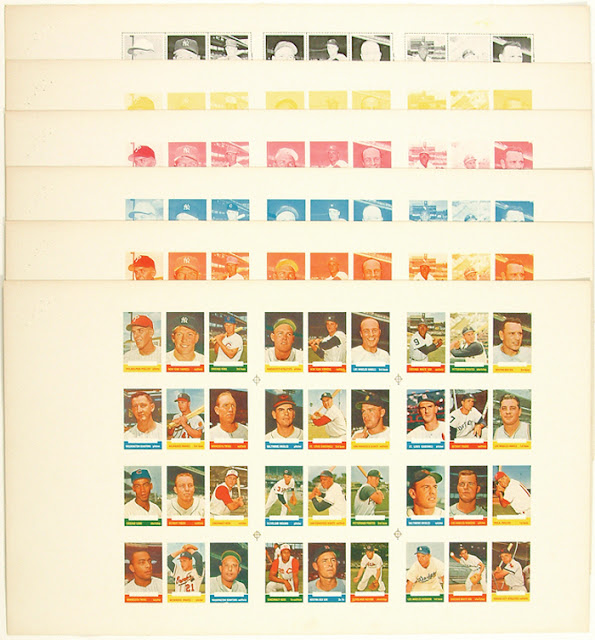 Tough to find today in neatly cut form, some collect the three card panels or even complete boxes. Production runs compared to regular Topps baseball issues were miniscule and given how many were probably just tossed or mangled back in the day, survival rates are likely much worse as well.
Posted by toppcat at 3:02 PM

How is there not a law requiring baseball cards to come with boxes of Bazooka and boxes of Cracker Jack? Cracker Jack especially, since they've apparently forgotten how to seal their boxes, so every box is stale. I'd think they'd want all the help they could get to sell their sub-standard product.

Thanks for the post . I have been collecting Bazooka complete boxes for years. They are an INCREDIBLE challenge. Always thrilled to find a new addition. Even some of the most incredible collections in history did not have complete runs of bazooka boxes including Copeland and Halper! I am currently looking to purchase any complete boxes from 1959 , 1960 and 1962 - please e-mail me at hcv123@att.net if you would consider a sale.