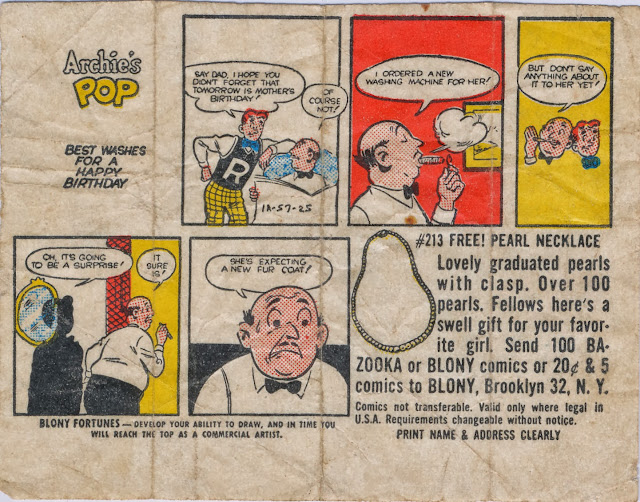 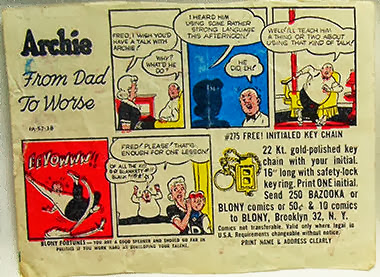 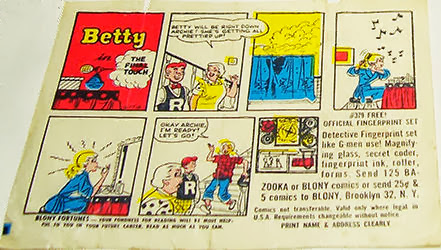 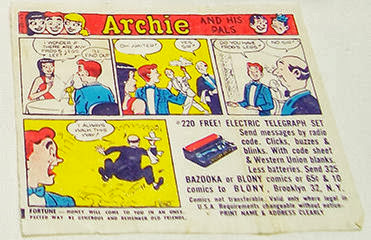 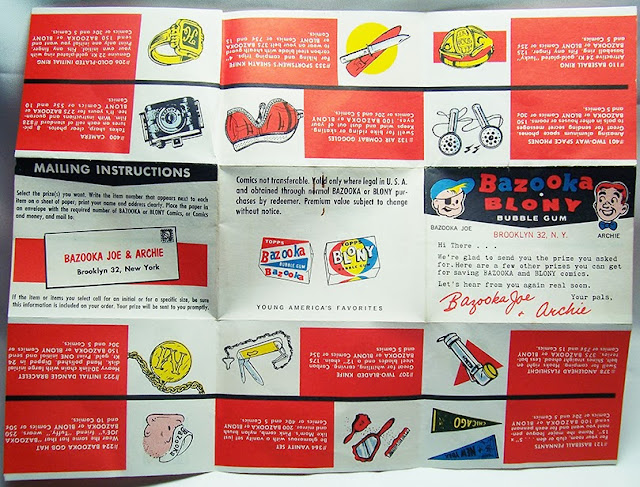 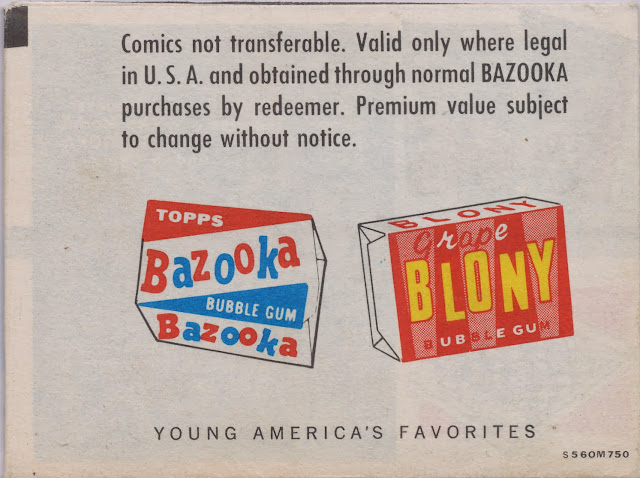 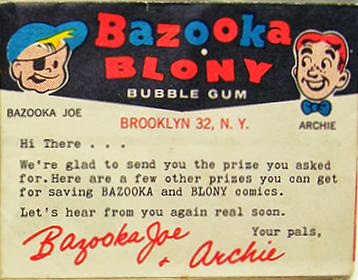 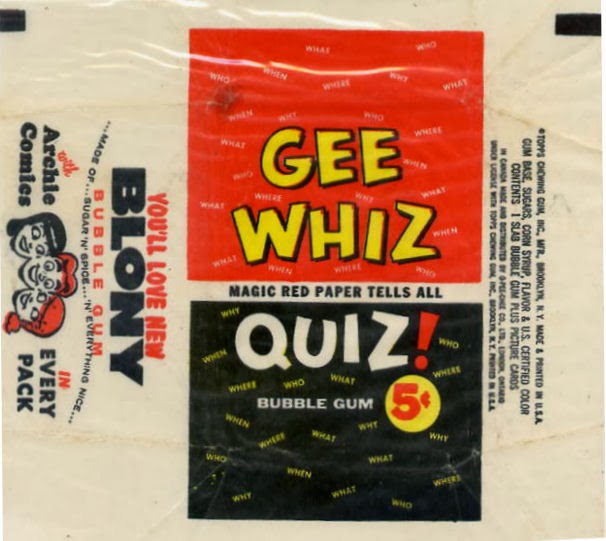 Blony was always the poor cousin to Bazooka but it lived on at least until the 1970's, sometimes tweaked into a twist wrap, sometimes not. Later comics actually appeared on the outside of the Blony wrapper but that's a tale for another day.
Posted by toppcat at 6:13 PM

I just came upon some of these. how do I contact you?