Fantastical News Fellow Archivists!  Thanks to a recent eBay auction, we now have a date for the Bubbles Inc. Davy Crockett Tatoo set.  Don't forget,Topps used the Bubbles Inc, nom de gomme on occasion. In these circumstances, I suspect it was due to the fact they were pumping out a quickie, public domain type tatoo issue to capitalize on the Crockett crze while at the same time issuing officially licensed cards under the Topps name.

An empty retail box of this issue is a rare bird and even rarer still are any known sightings of same. 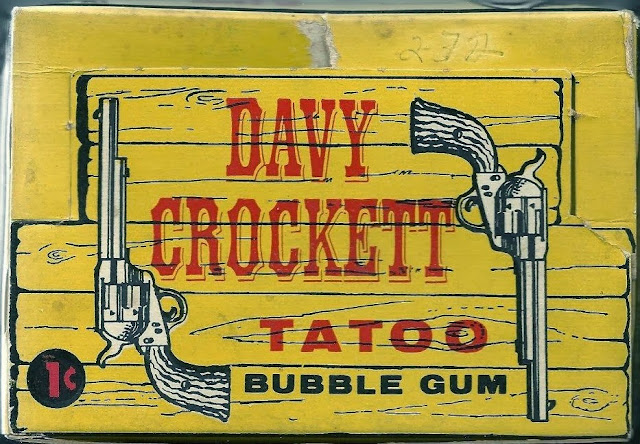 It's a little rough but still quite presentable. As nice as it is, the good stuff is underneath: 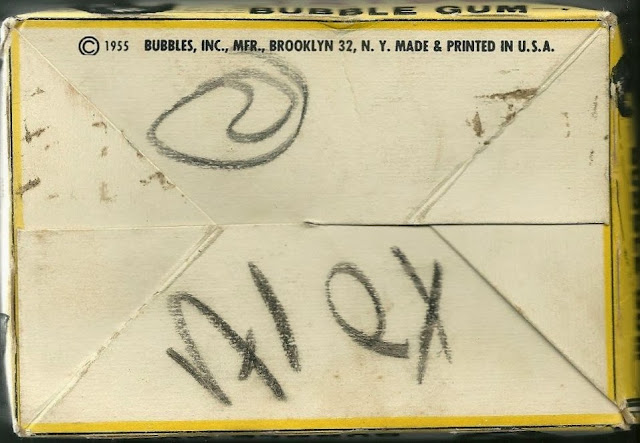 Yes, it's a 1955 issue and not a '56, as previously believed.  I did think, due to the Summer of '55 explosion of Crockett-mania, that such a dating was possible when I compiled the Modern Hobby Guide and had it as circa 1956 but now it's officially dated.

That's not all on the early Topps tatoo front though.  The retail boxes for the 1949 Flags of All Nations/Soldiers of the World and its younger but but bigger reissue, 1950's Flags of the World Parade can now be classified by year thanks to a Memory Lane auction.  Here, take a gander: 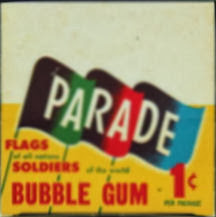 It's a Canadian version as the stamp indicates but no matter (a lot of nice empty boxes and even old packs come from Canada; I suspect a trove was found at an old O-Pee-Chee warehouse years ago and is being rationed out to collectors via various auction houses). Now let's look at the bottoms: 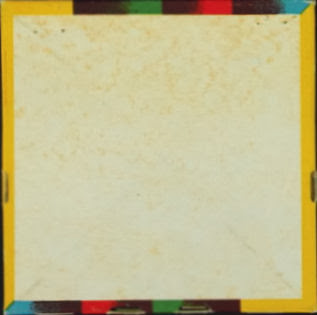 Not much on the square one but the elongated version has a 1950 copyright and must have held the bigger 1950 reissue.  The square box for 1949 makes a lot of sense as the cards came with penny gum tabs, which Topps sold in round tubs, which obviously would fit in such a configuration. I would love to see if the tub is branded and not generic; it must be different than the  tubs used to sell Topps gum as that original brand was quite prominently shown for point of sale.

Another configuration exists, although its not from this auction: 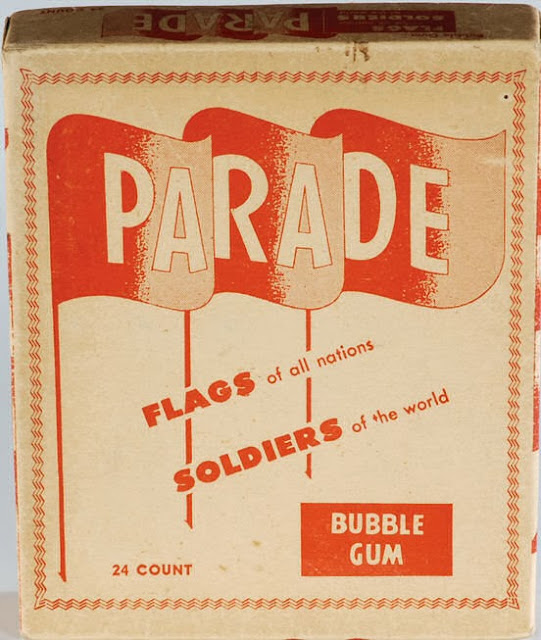 This held the panelized version's five cent packs in 1950 but there is a twist: 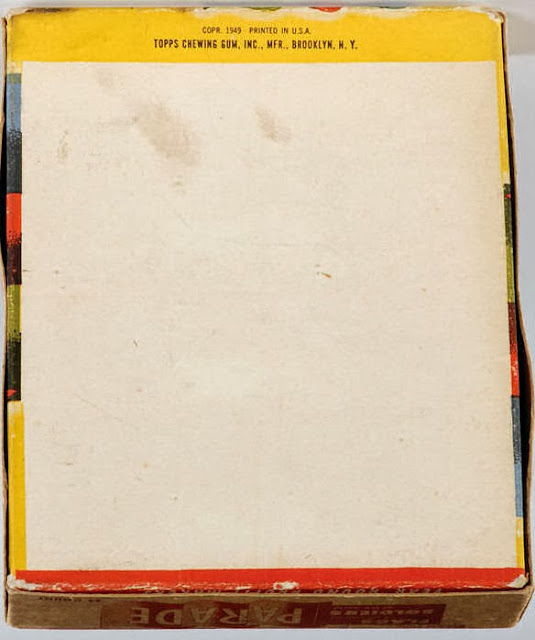 That looks a lot like the box bottom up above but it has a 1949 copyright!  The only thing I can think of is that Topps issued the panelized nickel version just after they pulled the penny tab version, which could explain the very basic graphics and lack of color on the cover.  Then the penny pack shown above was issued. That is my current theory at least; think about it while you ponder the all important front and back views: 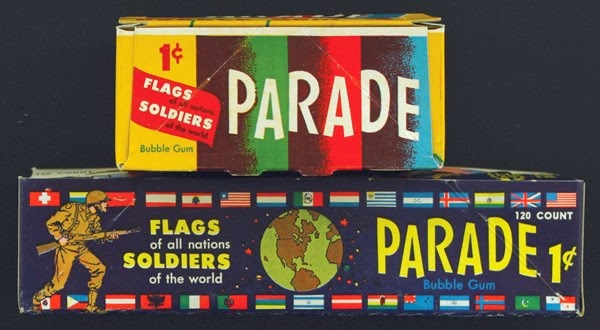 Quire colorful, eh?  The back view on the 1950 box tries to sell some Bazooka as Topps abandoned their traditional gum tab market: 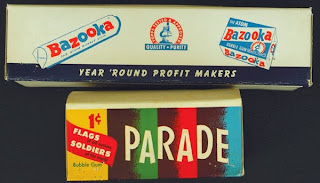 From what I have seen, when they first issued the five cent multi-panel packs, of which either this or License Plates was the first iteration, Topps did not do as well on them as compared to the penny versions.  This situation would change very rapidly as Topps had a much better margin on five cent product and changed the ir methods of distribution and advertising once they transitioned from the penny tabs but for a period of time as 1949 turned into 1950 and even into early 1951, they were still grappling with reconfiguring their bread and butter one cent products into bigger and more expensive packs.  Topps essentially halted production of all penny tabs, except for (non-insert card) Bazooka right about then end of 1949 and then went through a two year period of issuing larger and larger cards as they kept trying to outsell Bowman. I'm not sure that explains the above box but it's possible to my mind.

Thankfully Topps started dating a lot of their retail boxes starting in early 1950.  It's hard sometimes to cipher what they were doing but this type of dating makes it a little bit easier.

Merry Christmas to all!