If there is a Topps set that I'd like to complete but absolutely know is impossible, it would no doubt be 1969's Mod Generation Stickers.  I have covered them here in the past and don't necessarily have a lot to add but a really groovy MGS item has surfaced, namely the original art for the box top: 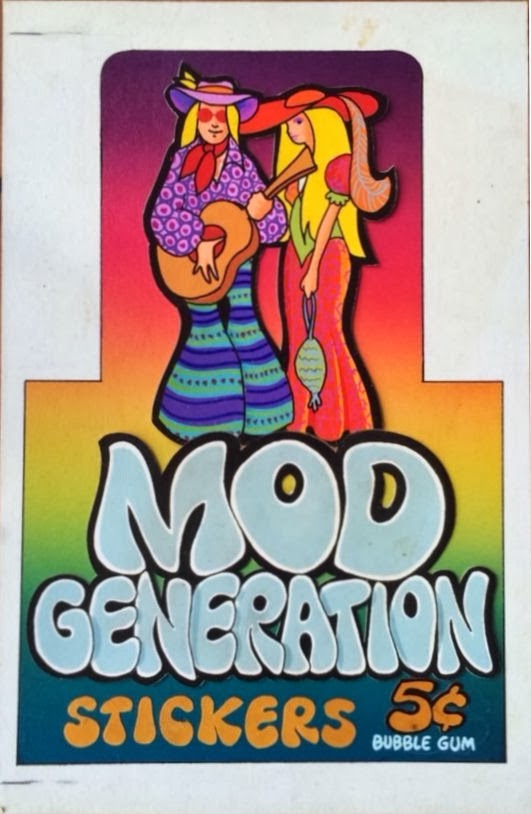 Is that cosmic or what?!  Really, look at the composition of this thing, it's quite astounding.  The level of detail is just amazing-look at the guitar player's shirt and the girl's scarf if you don't believe me: 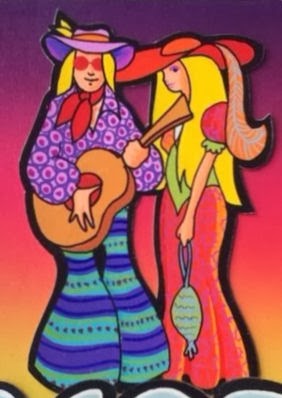 I'm thinking that is a Norman Saunders airbrush job deluxe!  Saunders did the finish artwork based upon Trina Robbins' original concepts (although to what degree it's hard to say) and I suspect her work is more properly displayed on this test wrapper detail: 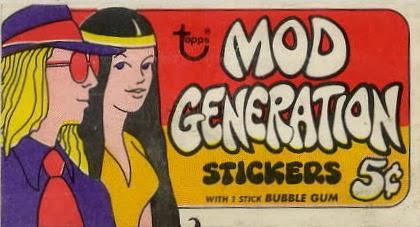 In other Mod Generation Stickers news...Topps vault has been selling color separation proofs of late. I managed to snag the yellow featuring my own character but alas missed out on my wife's.  Perhaps she will show up in another color: 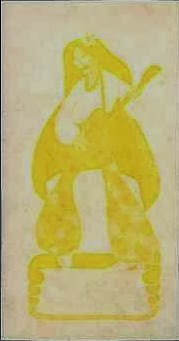 And you can always find any number of finished proofs and partials over on eBay but their continued languishing makes me think they are priced too high to move: 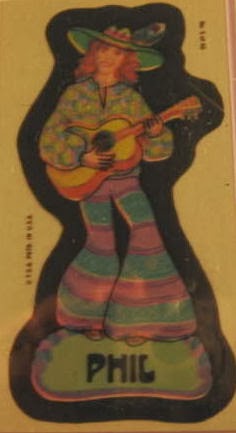 If you click on over to the Norman Saunders website, you can see all 55 stickers presented there, plus some other surprises.  Somewhere out there lurks an unpublished topless girl (oh, you kid!) proof as well. What is painfully and obviously missing of course, are the stickers proper. With 55 in the set you would think more would be out there but the peelablility factor coupled with this issue not making it past the test phase makes finding one of these suckers a right proper problem.

A related issue is the 1969 Love Initials/1972 Mod Initial Stickers set, which is just as day-glowey and far out as Mod Generation. The Saunders site also digs into them and is well worth a look

There is some really groovy information on Love Initials and its related cousins here.