The Topps Set That Almost Was

In 1950, just as Topps was rounding into form with their card sets, there appeared on the store shelves a little number called The Lone Ranger. Clayton Moore was riding high as John Reid, the lone survivor of a terrible ambush (and incidentally Grand Uncle Of Britt Reid, a.k.a. The Green Hornet--I'd link it but it's more fun to Google it!) along with his faithful sidekick Tonto (Jay Silverheels) and in 1949 saw his fortunes rise as The Lone Ranger transitioned from radio to TV.

1950 saw a set of 120 cards issued by Ed-U-Cards, whose wares were generally sold in the toy and variety stores of the day in "decks". These cards feature garish coloring of black and white shots taken from four episodes that aired early in the 1950-51 season, each episode being allotted 30 cards.  The set was sold in a series of brightly colored envelopes each holding five panels of three cards although it is not clear if these were sequentially collated.  Here's a look at a typical panel from the set, which carries an ACC number of W536:

If you think those cards look a lot like Topps' Hopalong Cassidy high numbers you're right. 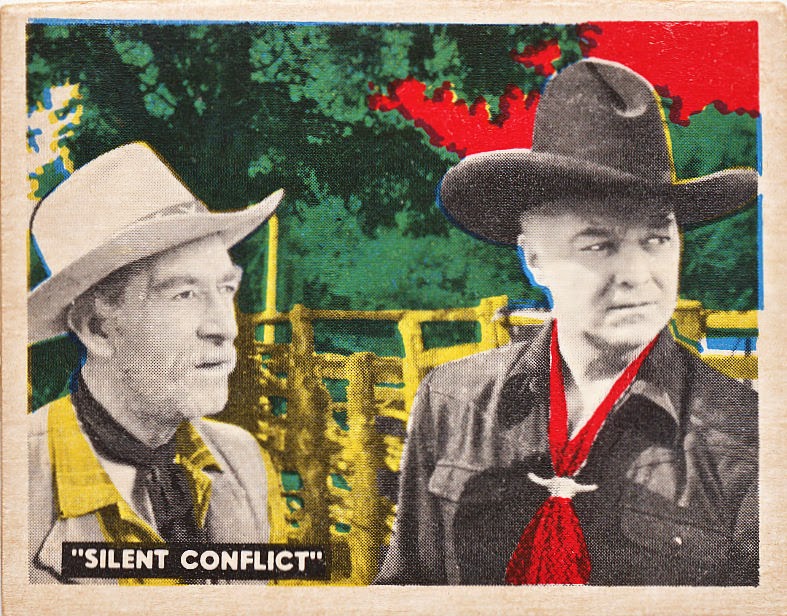 Now compare the backs from each set: 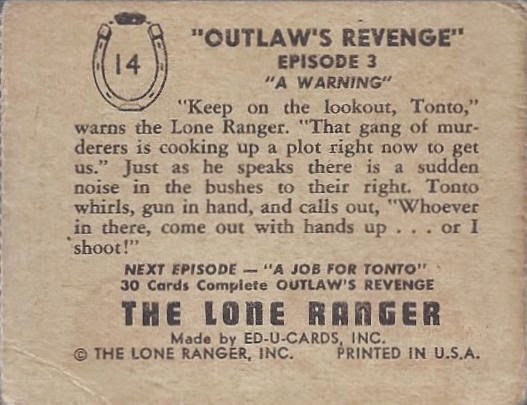 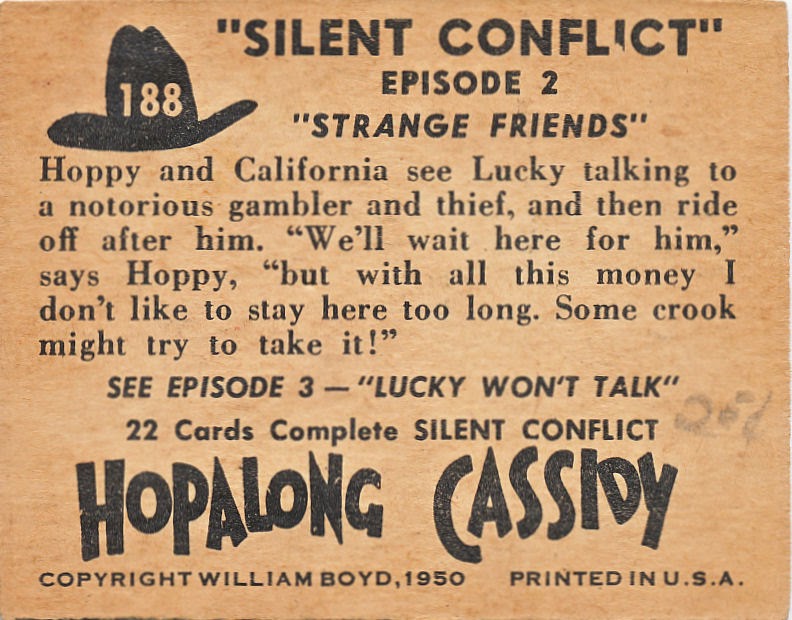 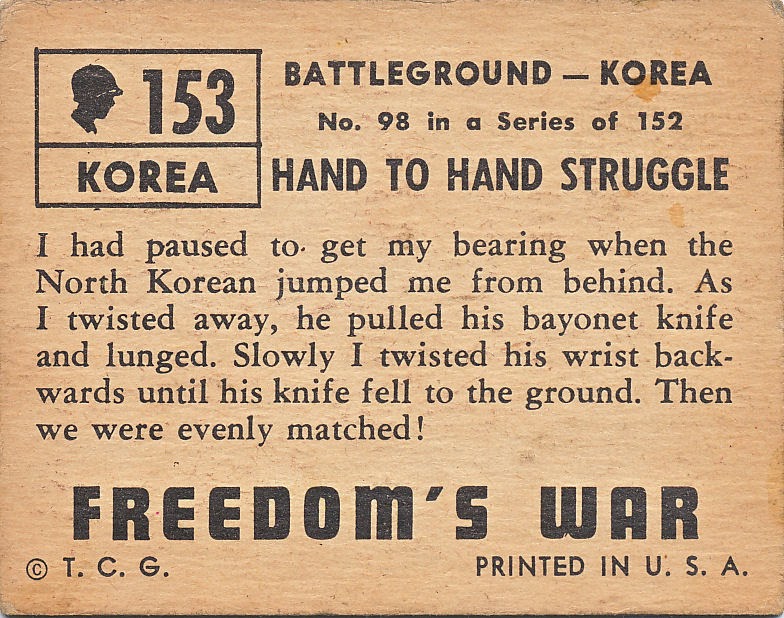 The font used for the set name is identical to that of The Lone Ranger and there are just too many stylistic similarities for this to be a coincidence.  I've previously documented some common elements between Topps and Ed-U-Cards baseball deck games and this is just more evidence of a link between the two companies (Ed-U-Cards was based about ten miles from Topps in Queens).  Topps either clearly designed the set for their competitor or had created it for their own purposes and decided to sub-let it instead. Either way, it's a fascinating little slice of Topps history. The Lone Ranger cards individually measure 2" x 2 5/8", a little smaller than the 2 1/16" x 2 5/8" measurements of Hoppy and Freedom's War. The perforations are much finer on The Lone Ranger than on any Topps cards that were issued in (two card) panels of the era to boot.

I said the set was issued in envelopes, here they are in all their glory from eBay: 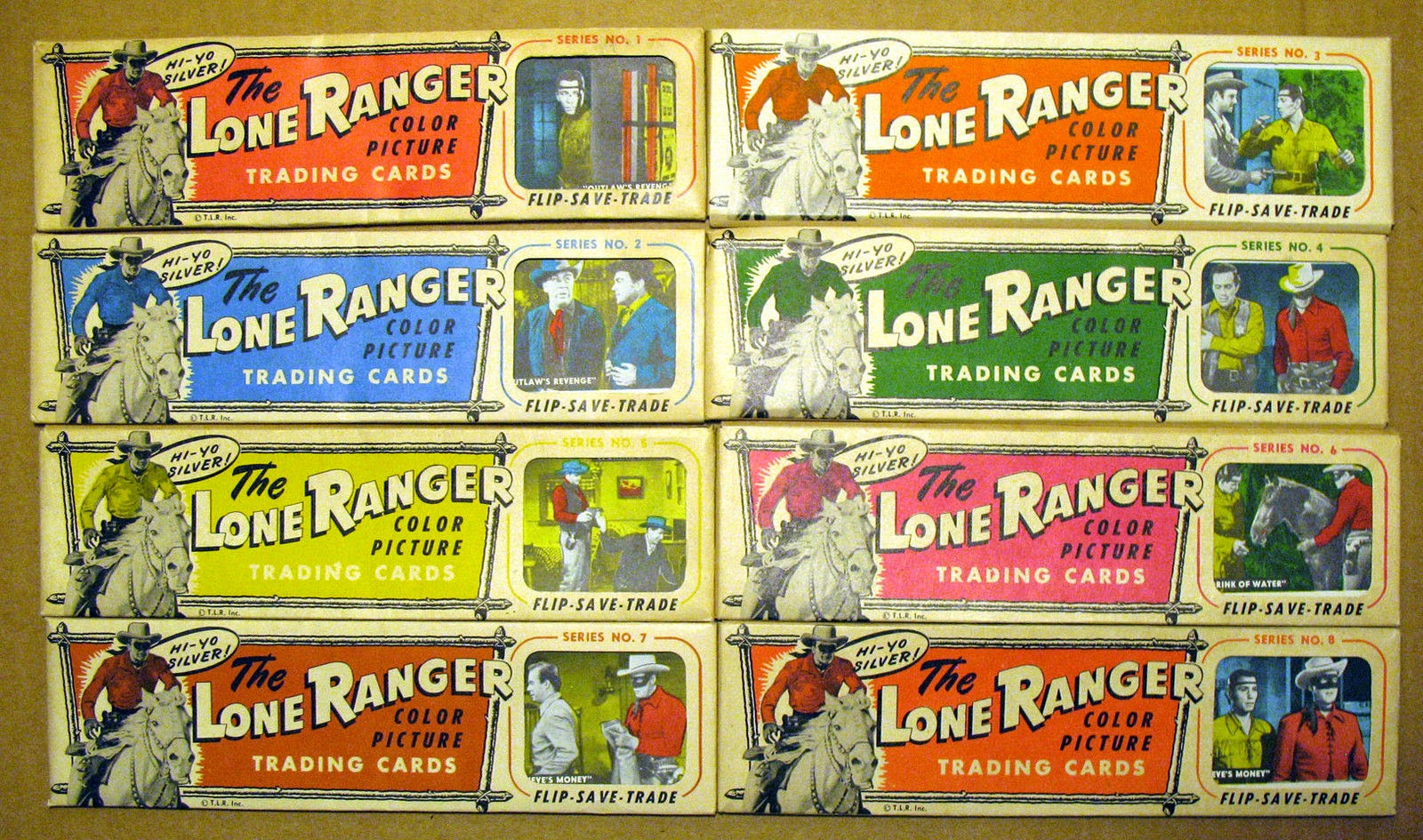 Here's what could have come in one of the envelopes: 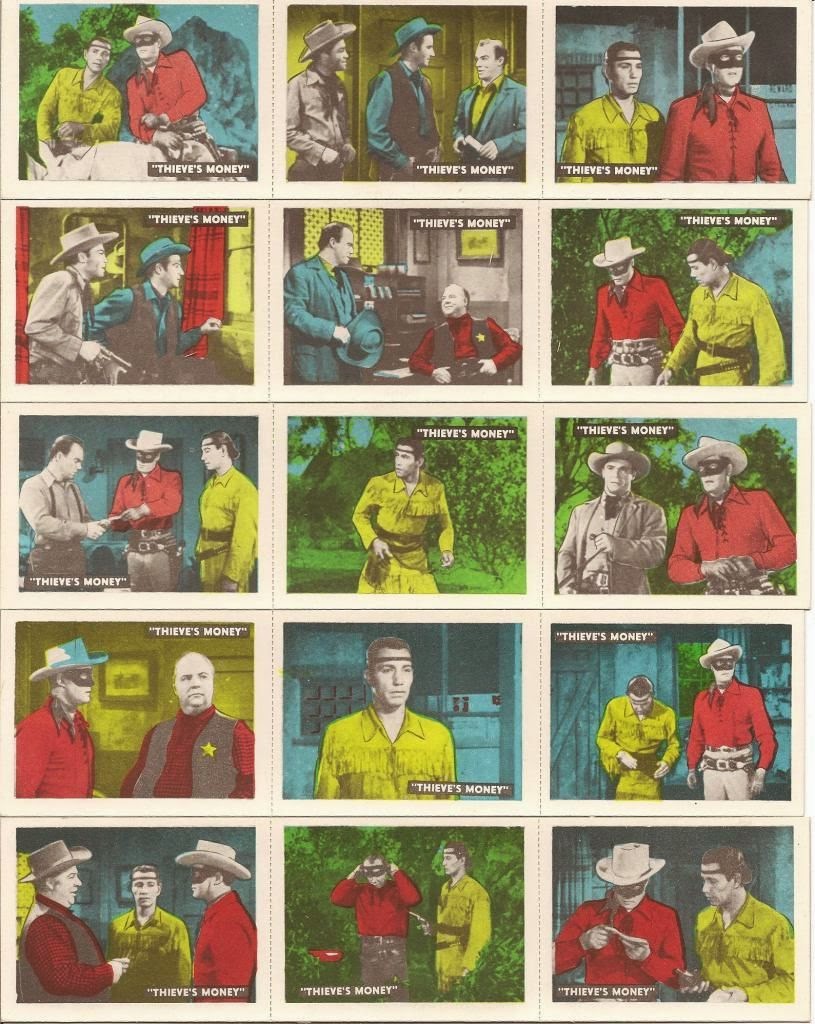 The Lone Ranger was not a typical Ed-U-Cards product and they would not issue anything else that was close in style. Whatever the reason, they deviated this one time and never did it again.

Did they make later sets of these? Perhaps reproductions?

I'm not sure but all the ones I have seen are originals.