Many collectors are familiar with the late 70's - early 80's baseball cards that Topps produced for Burger King.  Featuring specific teams, these sets were usually about 22 cards in length, with a checklist added to each packs given away at participating "restaurants". Packs were usually clear cello and had three cards within. While the appearance of these cards made them look just like, or very close to, their regular issue counterparts, they had their own numbering scheme and Burger King manufacturing information on the backs. A Topps logo appeared on most checklist cards though.

Less well known in the world of third party produced cards are two football sets that Topps made for Holsum Bread in 1977 and 1978.  Rather than use regular issue cards from each year's national football set, Topps created new looks for these sets, which were regionally issued in bags of Holsum Bread and initially featured Packers and Vikings players (11 from each team in the 22 card 1977 set) and players from across the NFL in the 33 card 1978 set.  Here are examples from each, 1977 first: 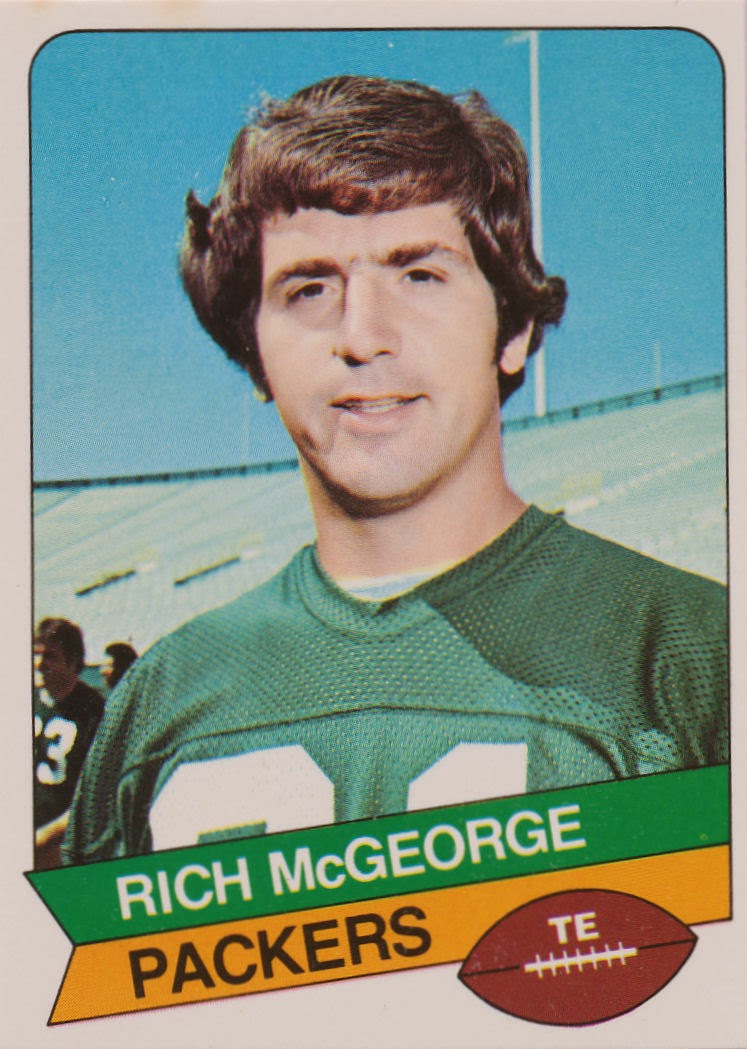 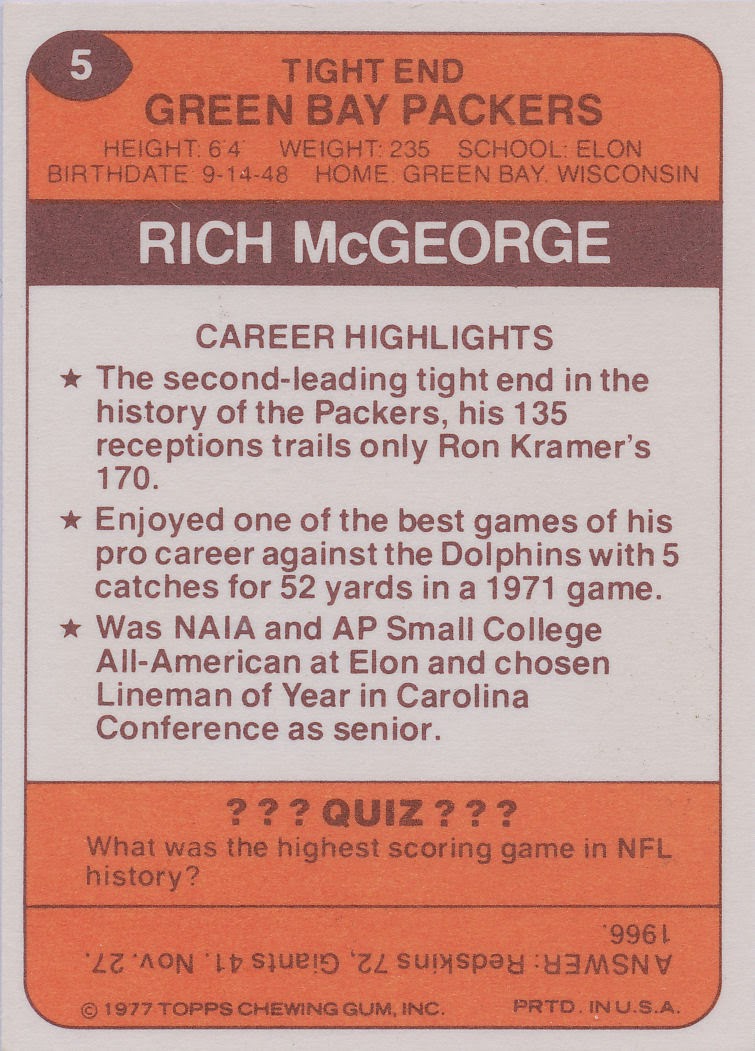 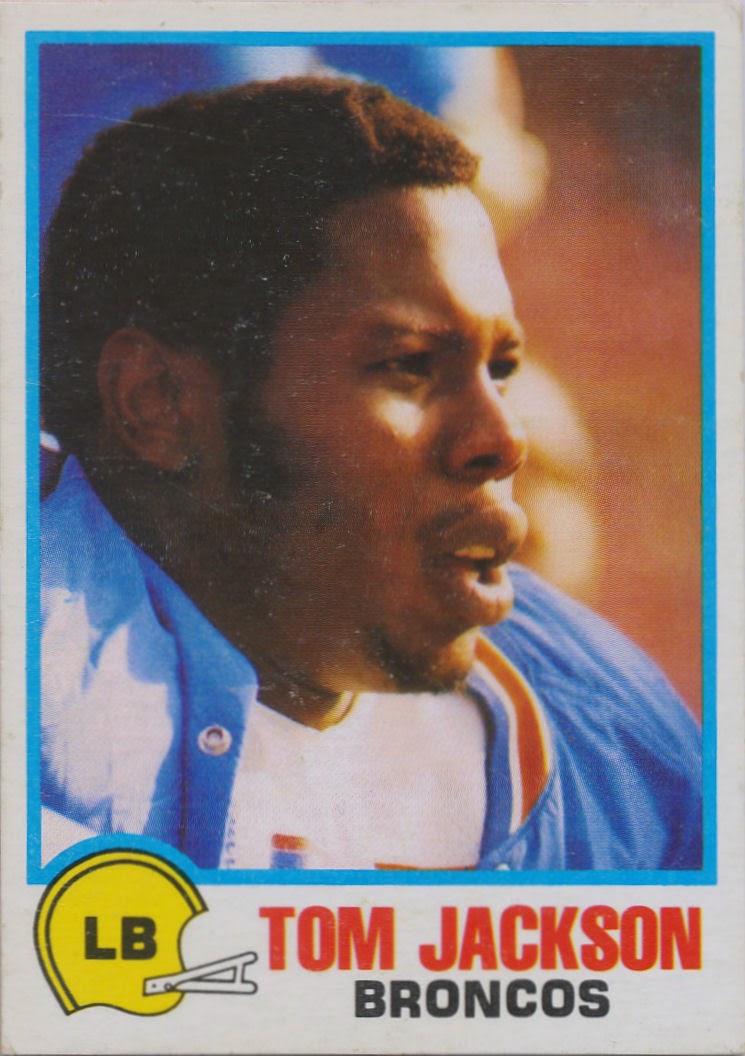 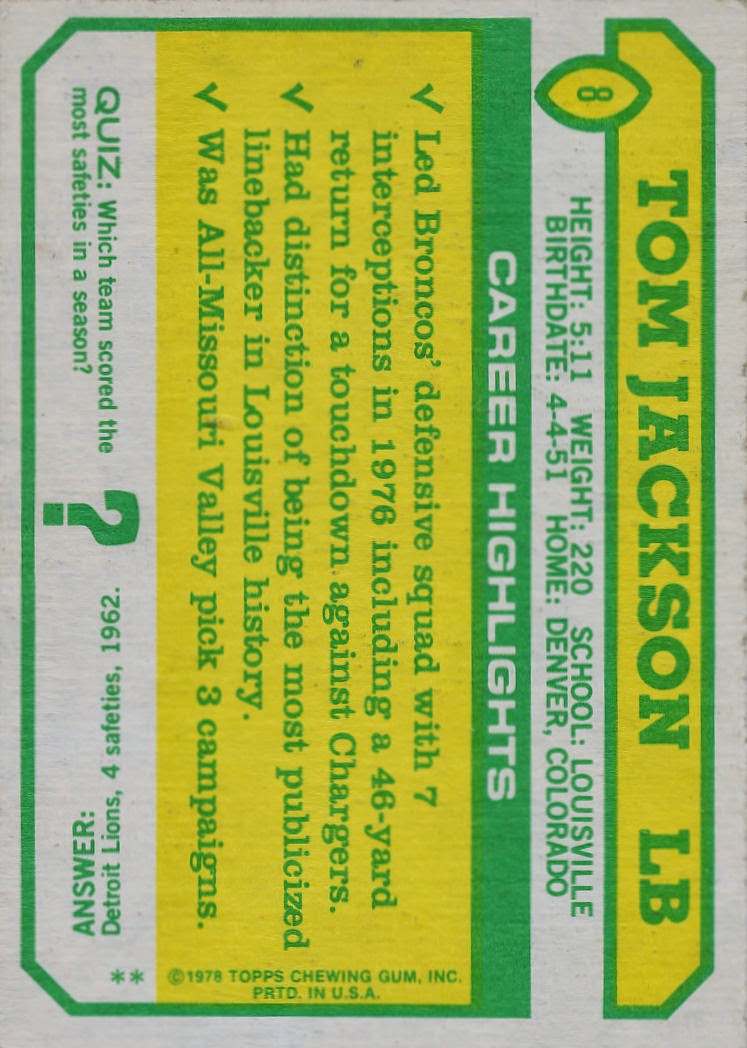 However, look closely at the indicia on the back of each. There is no mention of Holsum bread anywhere on these cards:

Strange but true. If you are interested in checklists for these sets, you should go to my buddy Mike's site, the Vintage Football Card Gallery.

Topps also produced two "update" cards for Holsum in 1976, in a reissue of their U.S. Presidents set that featured a notation on Richard Nixon's card (#36) about his resignation and added a card of Gerald Ford as #37. These are marked as Topps items but distributed with the bread along with 35 other cards that were unchanged from their 1972 Topps release: 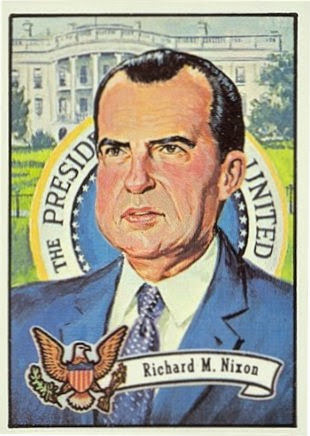 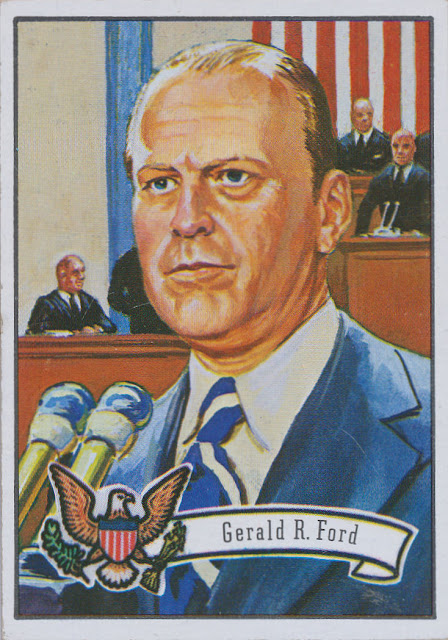 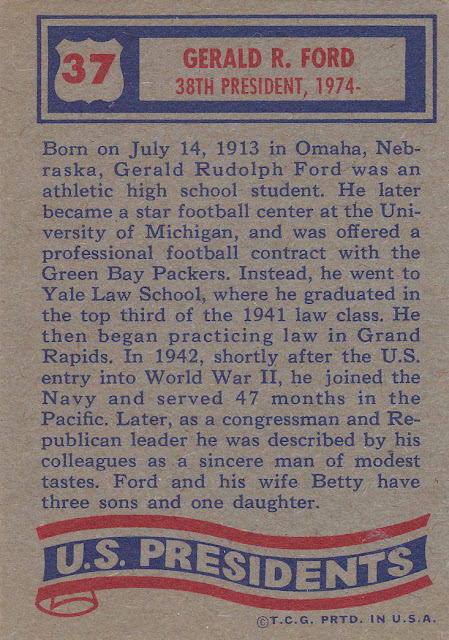 There's even a less-than-snazzy album to house the cards, as this scan from Friend o'the Archive Ken Bush shows: 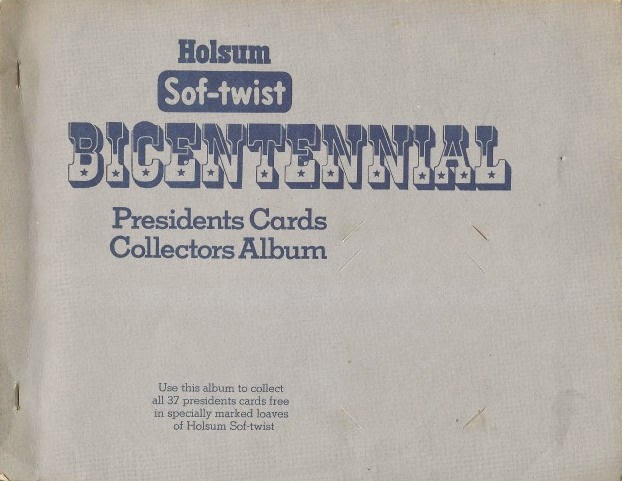 These were not the first Holsum Bread card sets, not by a long shot.  In 1920 or so they issued a scarce set of baseball players with an ACC number of D327. The present player count is 82 but it's a checklist in flux. The cards are often referred to as Weil Baking and are essentially E121's with different reverses. 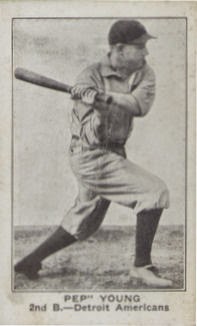 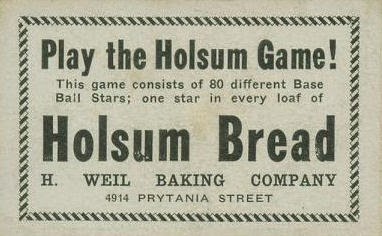 The two Topps efforts were also not the last set issued by Holsum either. From 1989 to 1991, 20 card sets of discs were issued each year featuring top major league baseball players and a set of Phoenix Cardinals came out in 1989 and may have been issued in other years based upon the "Annual" notation on the cards. All of these later cards were produced by Michael Schecter Associates. 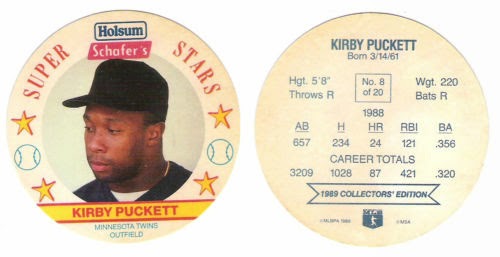 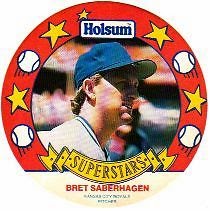 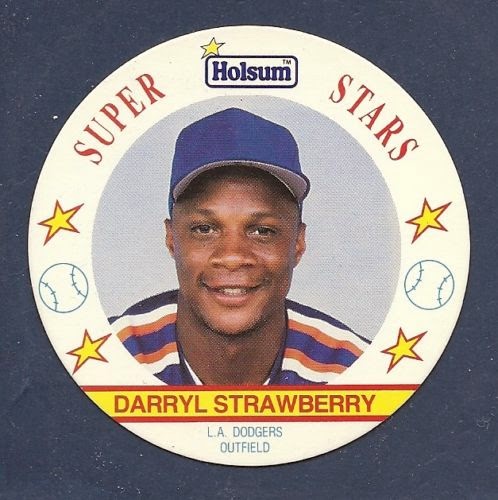 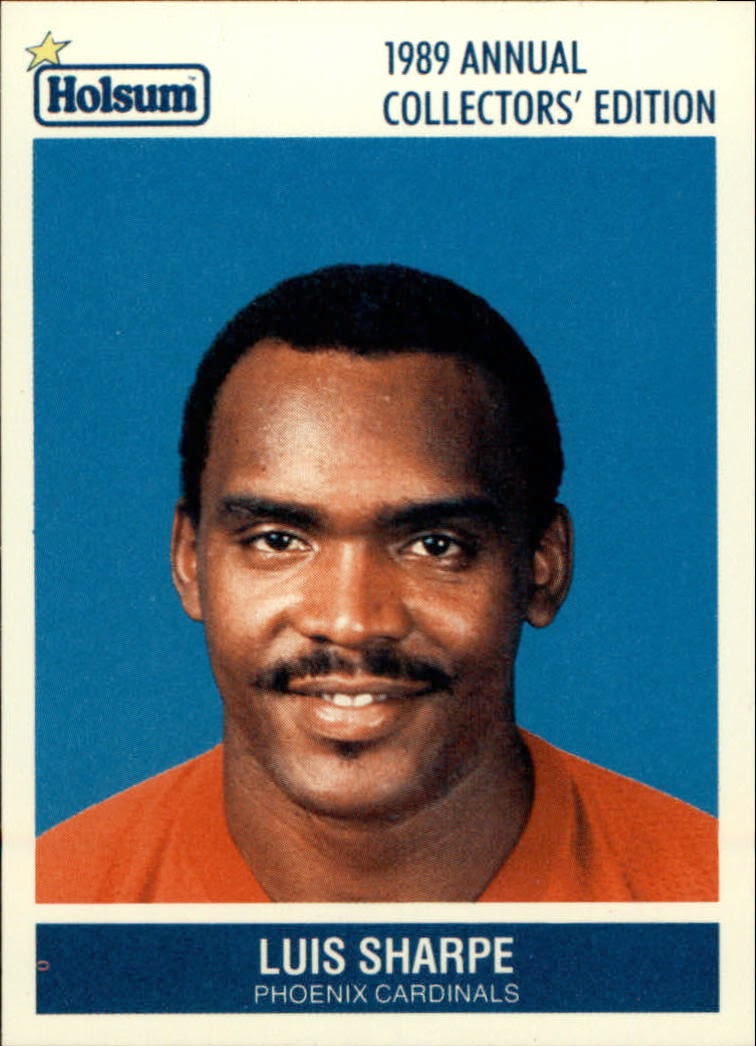 Holsum Bread has a good, long history and is well over 100 years old.  It's progeny continues on to this day; in fact I bought a loaf of one of their brands this morning.