We're about to hit the stretch run across six divisions of Major League Baseball, a period when teams with no chance of making the playoffs start looking toward next year.  It's an appropriate time, I think, for a look at some intriguing and amazing mock ups and concept art that Topps used to design sets for the coming year.  Thanks to a trove of scans provided by Friend o'the Archive Keith Olbermann, the stretch run this year will coincide with a series of posts covering these very strange-but-important artifacts that allowed Topps to refine their graphics and artwork in what is increasingly looking like a complex and well thought out process.

First up are what appear to be the oldest versions of these mockups, covering the 50's and early 60's. Compared to later mockups, these early examples display a little more freestyle artwork. This was clearly close to a final design concept for the 1958 baseball cards: 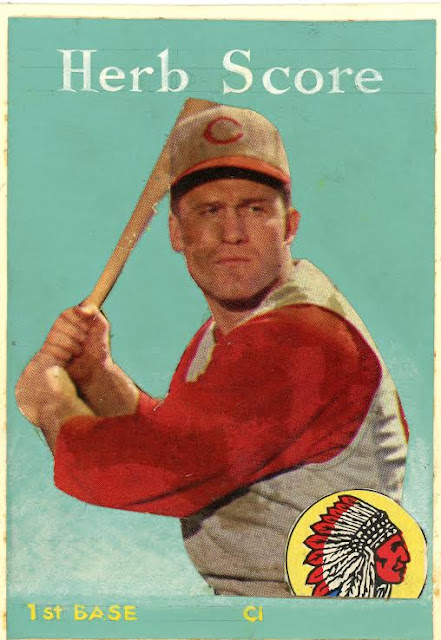 A few points here. Most mockups have a mashup of images and names that rarely reflect the actual subject depicted. The player above is Pete Whisenant (more on him in a minute) and the team logo is probably taken from a 1955 card (or paper proof), although its a Braves logo, not an Indians logo or even the Redlegs logo (which was Pete's team at the time) nor is that Herb Score.  Amusingly, Whisenant had played previously for the Braves and in 1960 would become an Indian.  I'm not sure why the team name is incomplete at bottom right either as I can't tell if those are press on or drawn letters. For reference, here is the actual 1958 card of Score: 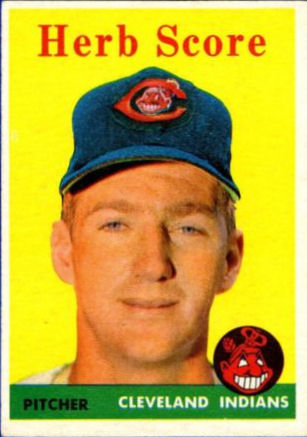 Next up is a design concept for 1962 Baseball: 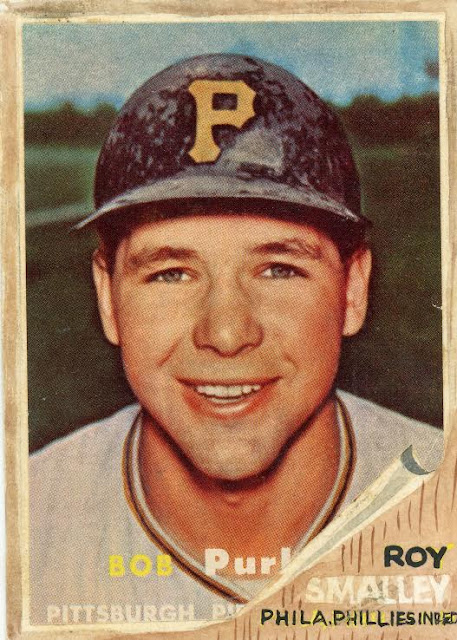 Once again a 1957 card was used to create the mockup.  However, Roy Smalley played his last MLB game in 1958 as a member of the Phillies so it's possible this was created a few years prior to the beginning of true design work on the 1962 cards.  Perhaps it was saved for a later day.

Now, the most interesting thing to me about these mockups is the use of 1957 paper proofs to create them.  We've seen the Whisenant paper proof before: 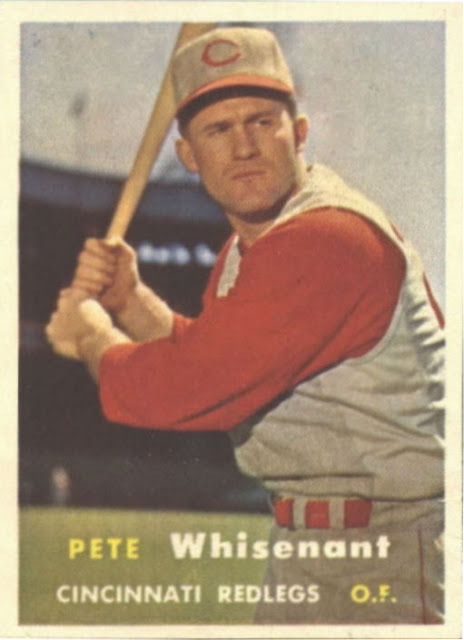 Purkey is also a 1957 paper proof subject, although a scan of his particular proof is unknown at present.  He is a subject (#368) however, listed in a Card Collectors Company ad from 1979 which I have previously written about.

The paper proofs were, I have been told, printed just before the cardboard proofs and were a final check before loading in the cardboard.  Whether that's true or not I can't really say but it certainly appears the creative and art departments at Topps had access to these proofs as they were used as part of the building up of the two mockups shown above.

On a related note, Mr. O advises there exists, outside of his collection, a 1971 mockup featuring a 1967 Jack Hamilton card.  Hamilton is a paper proof from that year and in fact one example resides in my collection: 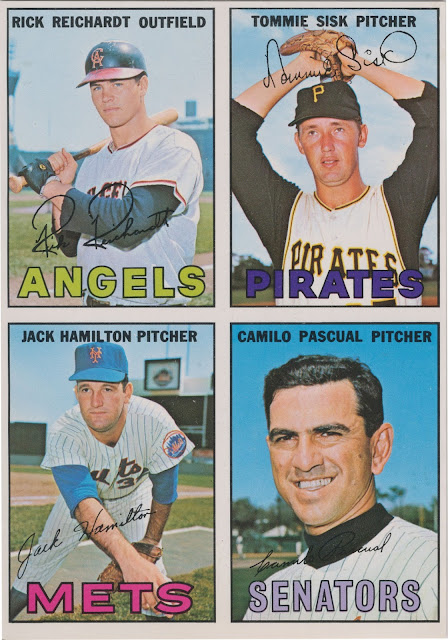 The proofing process could have yielded a bunch of paper versions, so many that the mind boggles! Given how survived though, most were probably cut up by Topps or just destroyed.

We'll take a look at some more mockups next time out.