Time for another look at the British Invasion's Dave Clark Five, last covered here earlier this year. A small batch of these has been turned up by an anonymous Friend o'the Archive and allows a better look at what is a very obscure (and rare) 1965 Topps set that was drawn up for a pitch to Epic Records brass.

Serendipitously, I have scans of five additional cards to share. The top one is my favorite, an "in action" shot if you will: 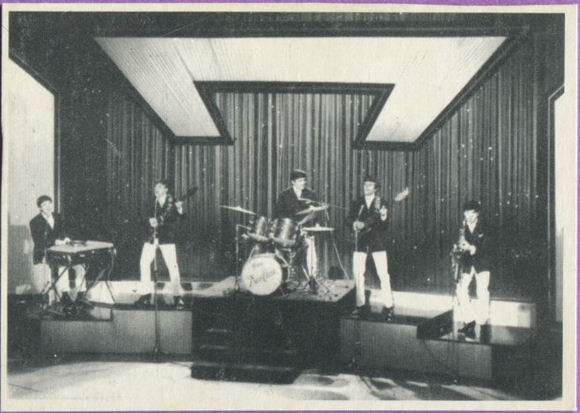 The below card looks like a shot from the same venue we saw in the card posted above.  These were probably taken during a soundcheck: 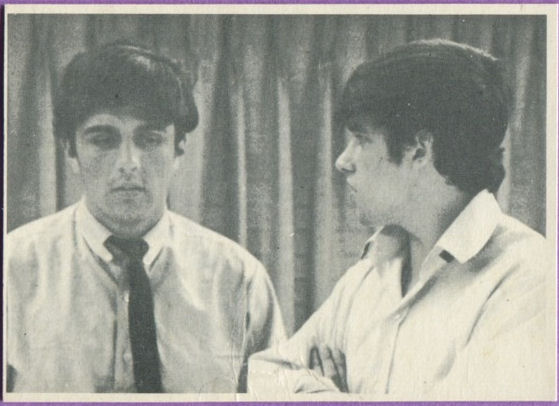 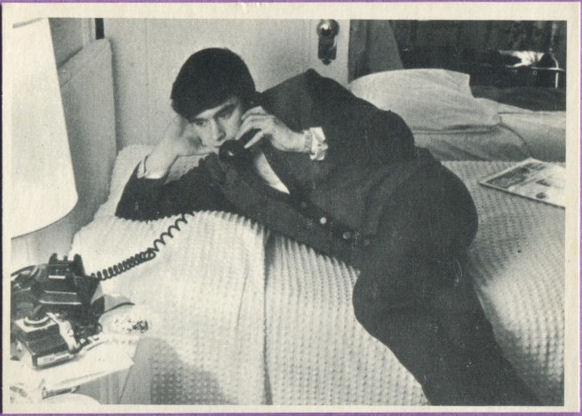 Based upon the next two shots, I presume the pictures used for the set were taken in New York City on one of their 1964 or 1965 tours.  I believe they are in Central Park in the two shots below, as it looks like the view of Central Park East from the area of the New York Metropolitan Museum dominates the background: 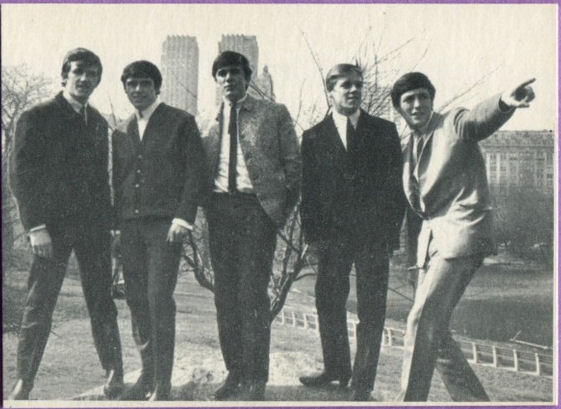 A different angle.  Looking at their tour schedule for 1964 and 1965, I would say those pictures were taken on Hallowe'en 1964 as that's the only fall or winter date they played in NYC on their first couple of tours. If you click the tour link, you will see a gig they played in 1966 at Endicott, New York in Ty Cobb Stadium.  Spoiler alert: it's not the Ty Cobb the stadium is named after. 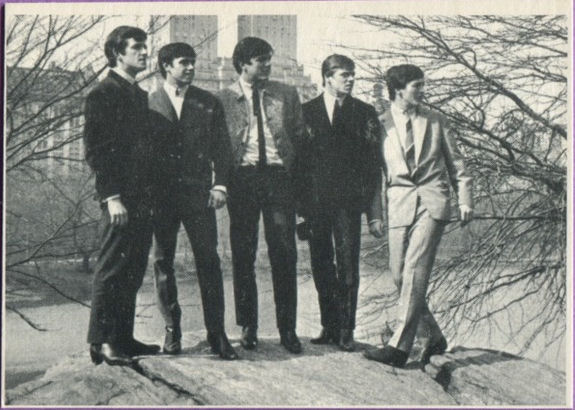 Despite the hand cuts, the owner of these tells me they are standard sized and have gloss similar to that found on the quickie black and white Beatles sets of the same era, which is to say it's minimal.
Posted by toppcat at 8:00 AM