It's hard enough keeping track of all the things Topps issued on their own so when you add third party promotions to the mix, especially in the Seventies, you start running into some odd little pockets of hobby history.

As is my wont, I was noodling around the ol' internet a while back and found some posts over at the PSA forum concerning a very strange pack of basketball cards, namely a "36" card cello pack of 1972-73 Topps Basketball.

Thanks to Friend o'the Archive John Moran, we have some swell pictures of it to share. It's worth noting the pack has been described as containing 50 cards over on the Collectors Universe forums; we'll get to that momentarily. The front of the pack: 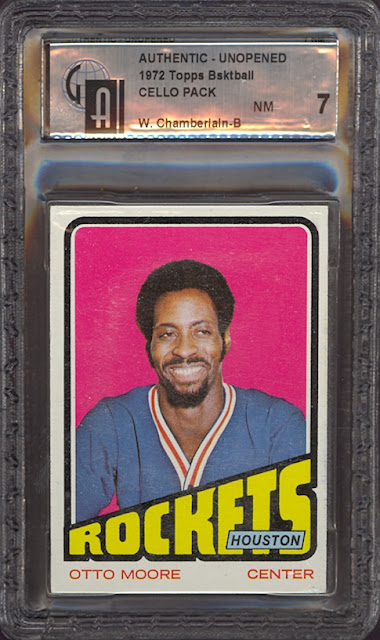 I have to say I never noticed the little Houston graphic across the Rockets logo when I collected these cards in 1972. The set used team names and not cities, so it's curious why their 1971 move from San Diego was highlighted. Topps added a Houston or Denver city designation to differentiate between NBA and ABA flavors. (Thanks to John Batrman for pointing that out as I spaced on that one).

The back is pretty neat as it has Wilt Chamberlain showing: 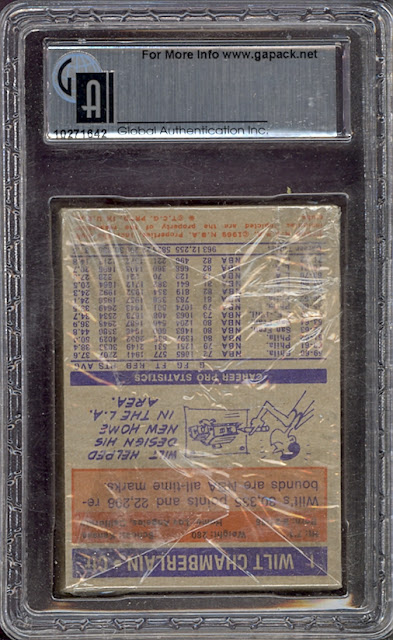 John has provided the all important side view, which reveals just how fat this pack is: 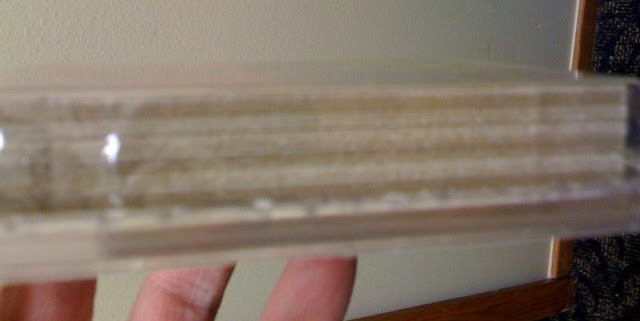 That is one big pack!

The box itself remains elusive, no surprise give the amount of time that has elapsed and the ephemeral nature of such things.  However, there is one more surprise, namely this uncut first series sheet that was also part of the offer: 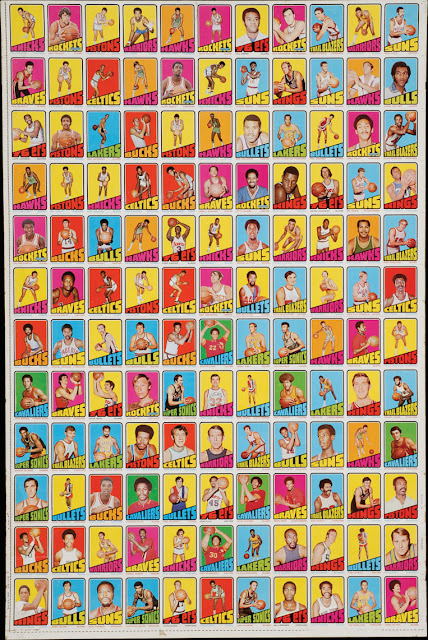 This is a very interesting idea for a Topps tie-in, although I'm not sure of the timing of it.  Did they have extra sheets lying around or was this a promotion done at the same time the first series cards were issued in the fall of 1972?  While I ate a lot of Wheaties back in the day, I do not recall such an offer on any Wheaties box back that I dutifully studied while slurping down a bowl of the Breakfast of Champions. Thankfully Friend o' the Archive Matt Neely was able to track one down.

Matt, who runs the quite staggering Wheaties King site, was able to provide scans of the box with the offer. It's an adapted 1972 box: 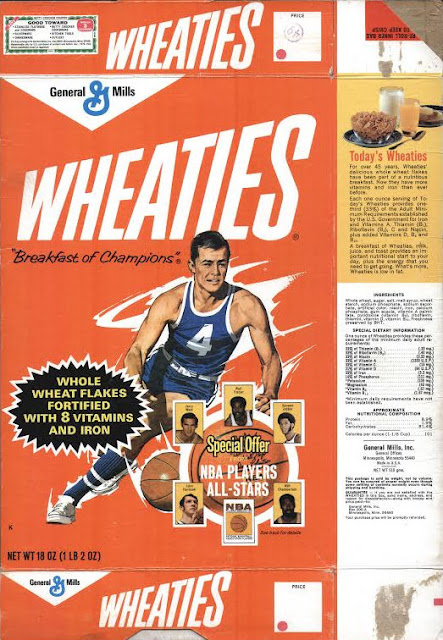 Here's a closer look at the offer; the pictures do not appear to have been provided by Topps but in fact were as they are taken from cards the year prior with backgrounds turned to gold: 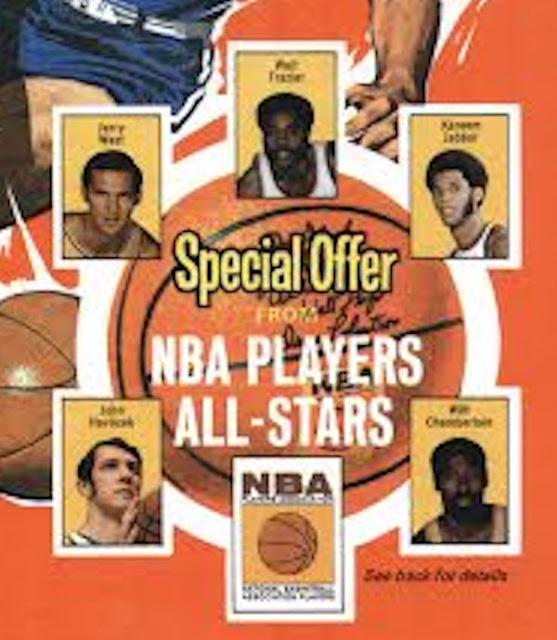 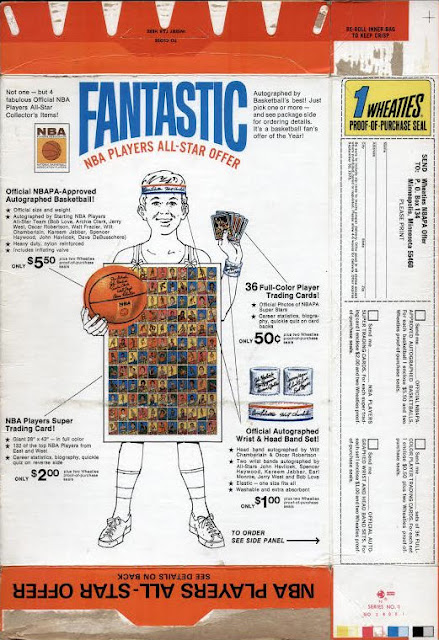 Here is the offer for the uncut sheet: 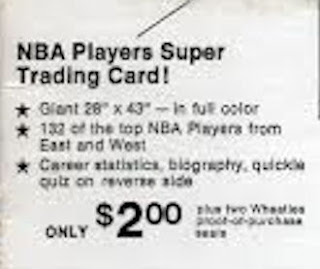 The cello pack is offered as a 36 count, so that's the official number but reports of collectors opening these seem to indicate 50 is the actual count. 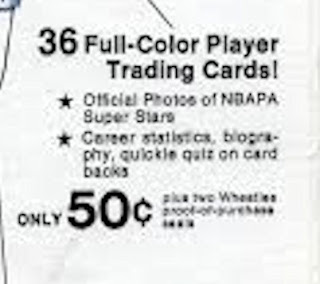 The proof-of-purchase and mail in panel looked thus:

You just never know what kind of thing you'll find Topps wrapped up in...
Posted by toppcat at 8:00 AM

I have the Chamberlain cut from the box and always wondered what it was. Mystery solved.