Continuing our look at Topps' own products parodied in Wacky Packages...

Feel like playing Hookey?  Then series 9 is for you: 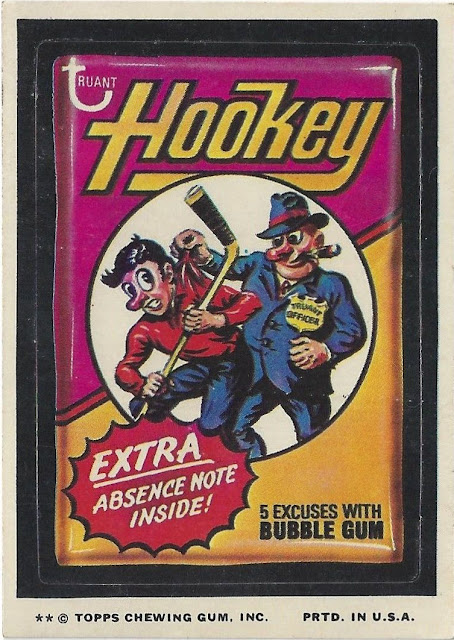 Has anyone ever actually run into a truant officer? 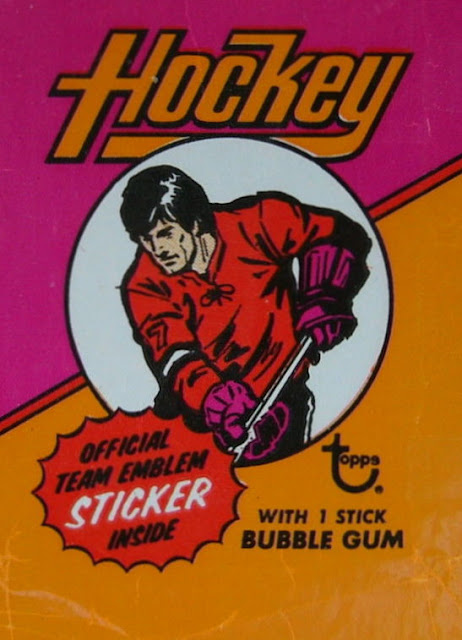 Series 10 shows the effects of time. Topps was well into their second year of Wacky Packages and was starting to repeat their own products.  Fortunately, they had different price points to work with: 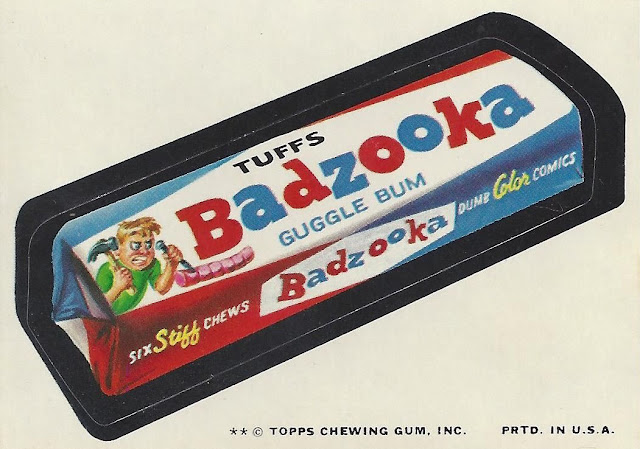 Some inadvertent truth in advertising there kids. Here is the spoofed product, in all of its glory:

Series 11 marks the last one issued in 1974.  Think about that, there were ten prior series issued over about 18-20 months, or one every seven weeks or so. Wackys were quite dominant in 1973-74, helped by the fact slightly older kids were buying them as well as the smaller fry but the luster was beginning to fade a little. The same could be said for the Planet of the Apes movie franchise at this time, which was rebooting as a TV series: 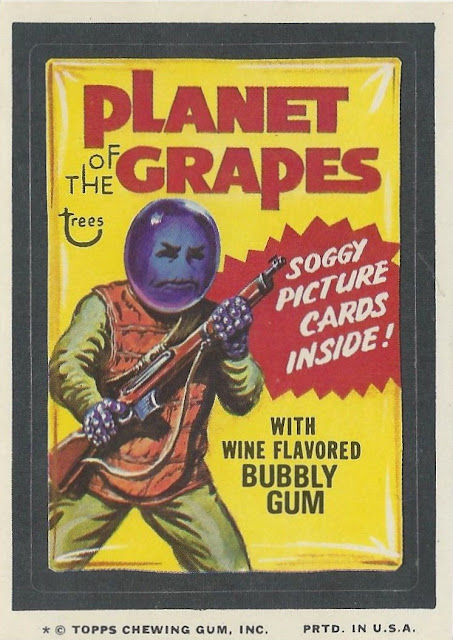 I think things were getting a little thin in the idea department....the TV show was no great shakes either: 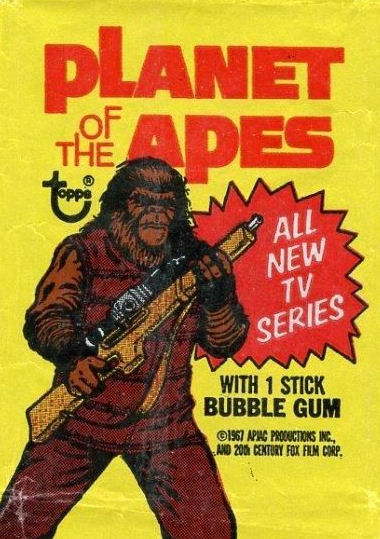 Series 12 brings back a Football parody, one not nearly as well executed as Foolball: 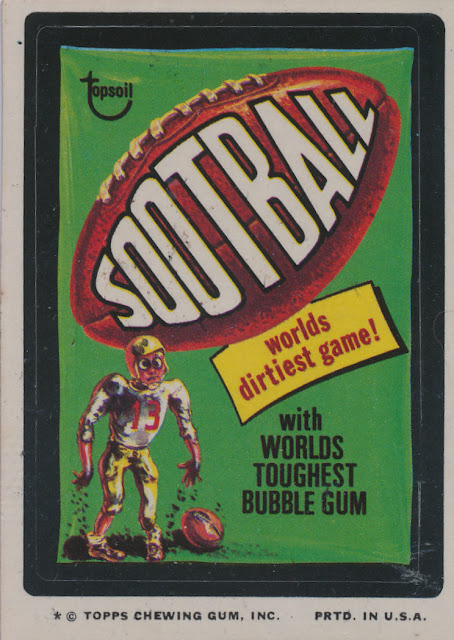 After Topps sifted through the process of going public in 1972, a lot of the design work on the wrappers (and cards) became standardized.  The 1974 Football issue was one of the earlier wrappers to belie this: 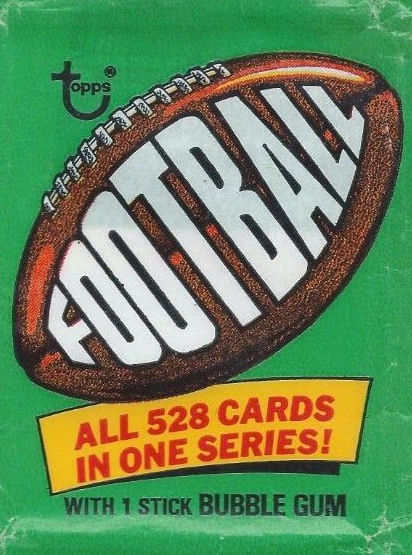 On we go, to previously plumbed depths twice over in series 13, namely Beastball: 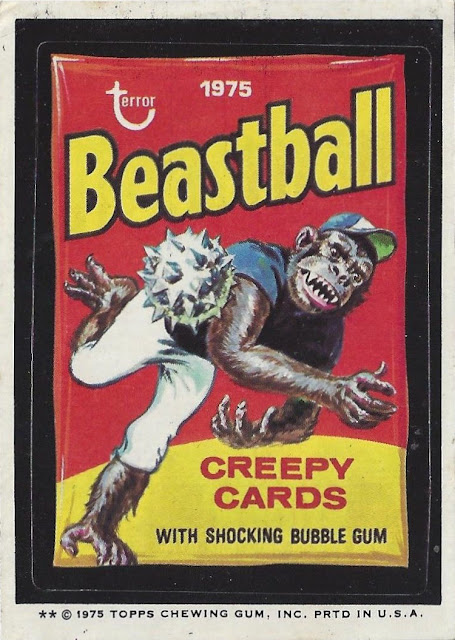 You can see how the indicia flips to a 1975 copyright, putting us into year three of Wacky Packages-holy cow! The 1975 Baseball wrapper did have a little bit of panache actually: 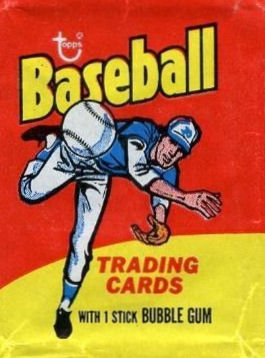 In series 14, Topps got away from the trading card parodies but not ethnic stereotypes: 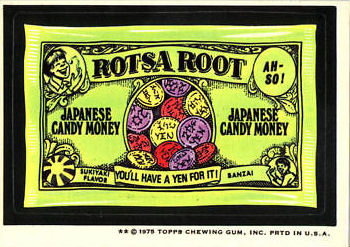 I kind of recall the original; I may have thought they were a knockoff of Razzles, which I loved: 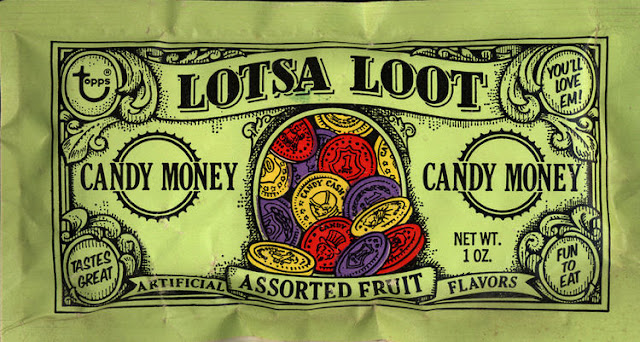 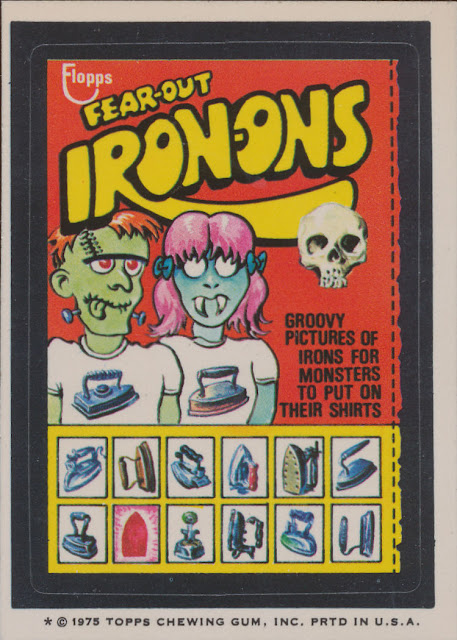 I dunno, the ideas seem to be getting played out.....the parodied product was a bit of a success though and consisted of a large  (4" x 6" or so) iron ons: 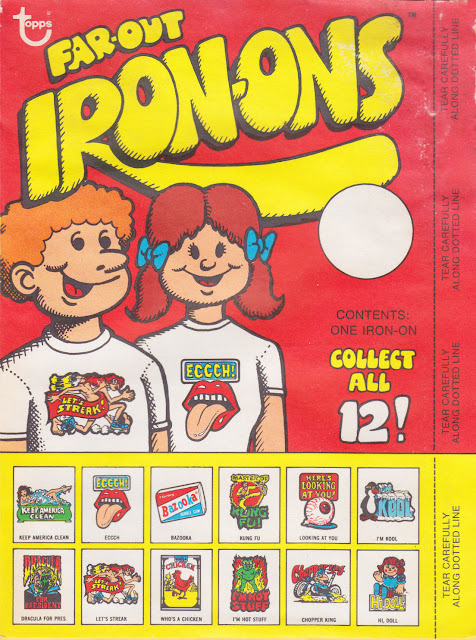 We are finally at the end. Series 16 of Wacky Packages did not sell well and the stickers are hard to find today. Note the 1976 copyright as well: 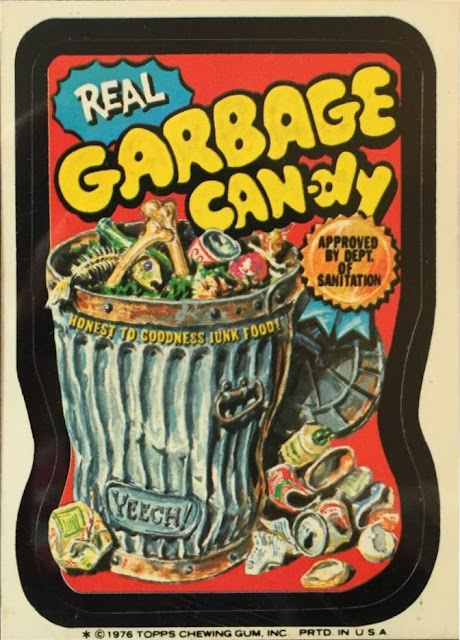 The 1976 date is intriguing as it puts us in year four of the issue.  I note some sources say the 16th series was actually issued in 1977 so the series may have been delayed or maybe the last four or five series were spread out a bit more.  No matter, excepting various short printed stickers from other series, it's the toughest series of the 16 to complete.

The original Garbage Can-dy was not sold in a pack though; it was housed in a container, as this image from Lost Wackys shows: 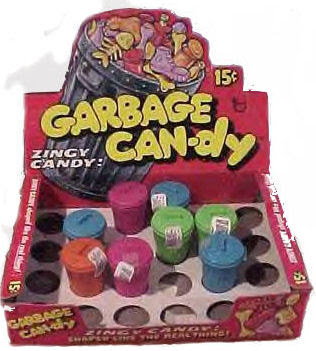 Series 16 is tough, man-good luck if you try to put it together!

The use of these Topps parody products was integral to Topp's legal strategy in issuing Wacky Packages and while it assisted them in lawsuits brought by offended manufacturers, Topps would pull stickers if they received a cease and desist letter.  The profits would have to have been enormous for the amount of hassle involve.

I'm just scratching the surface of all the intricacies of the myriad Wacky Packages issues but don't plan to dive in deeper any time soon as there are other resources out there, particularly the above-linked Lost Wackys site.