Here is my final look at the vintage years of Topps and O-Pee-Chee Hockey issues. This last look will focus on mail-in offers available from the wrappers and a sole insert offer.

In 1960-61 you could order a generic Topps Hobby Card Album, which Topps offered for years across various wrappers and product lines: 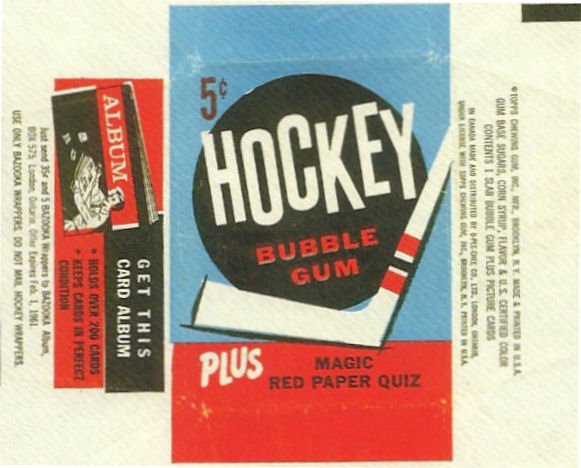 Before plastic sheets it was pretty much these or photo corners to display your cards: 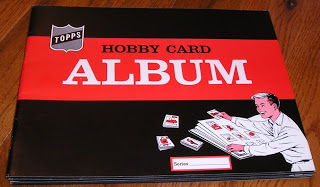 I took a longer look at that album six years ago here.

1972-73 saw the first offer for the cardboard sports card lockers Topps (via OPC, there was no corresponding American offer) was famous for, now in a hockey only edition with only five wrappers and a buck standing between you and forever dinged corners on your cards: 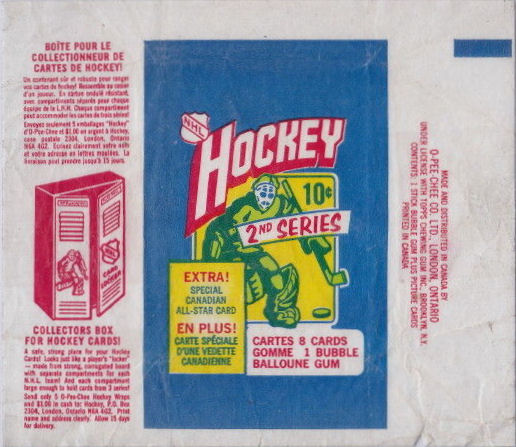 The locker actually had some decent graphics, all things considered: 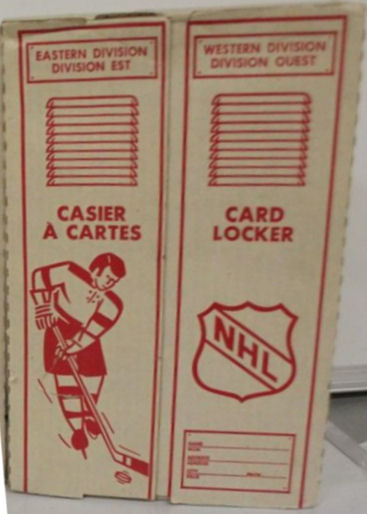 It was clear who designed this bad boy: 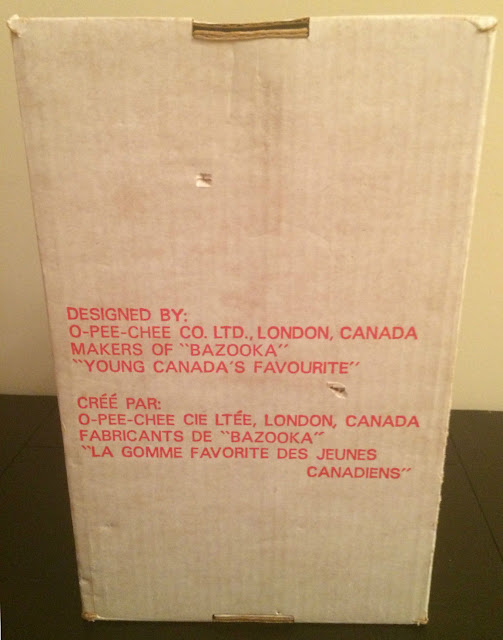 I think a few slight variations exist, as some seem to feature the hockey player with more shading.  1973-74 brought forth yet another locker, albeit with a bit of inflation factored in: 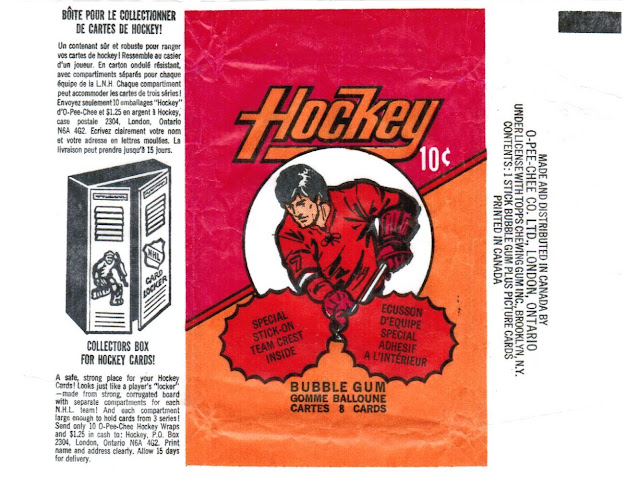 This one we have seen before as it covered all four major sports and came with the stickers to prove it: 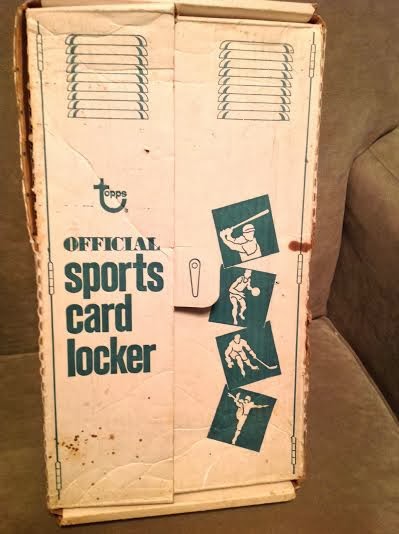 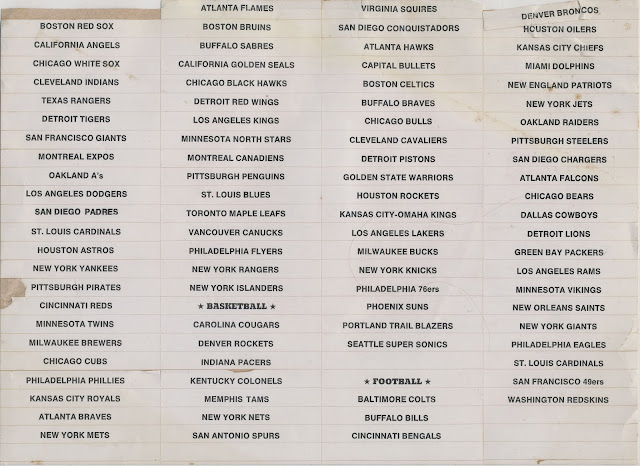 The parade of lockers is just beginning kids! 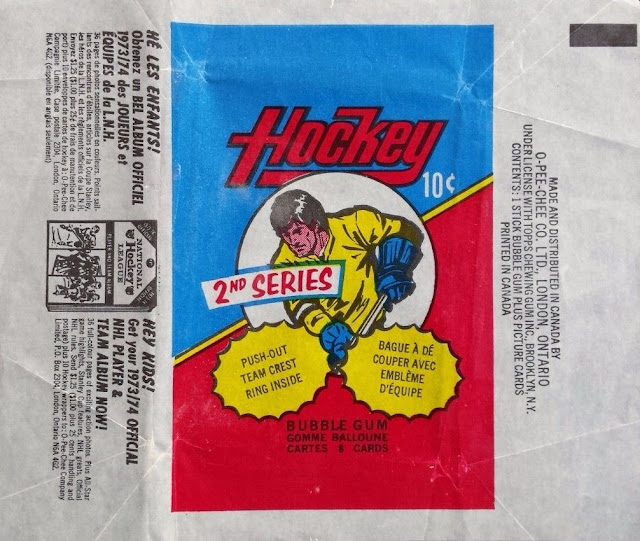 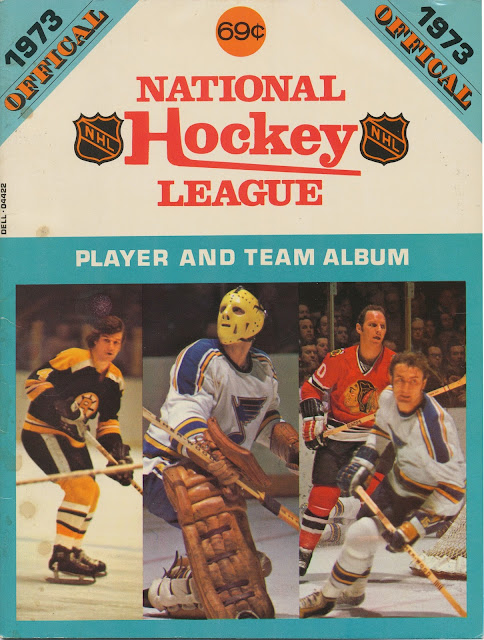 Yes, that was from Dell in the U.S.  At a guess, O-Pee-Chee got them at retail prices!

The locker offered this season looked a lot like the one from two years prior but featured some updates to stay current and and featured almost the same front (four divisions now): 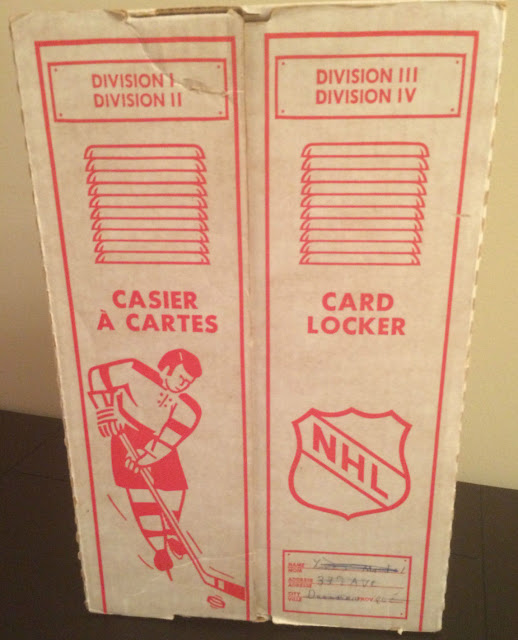 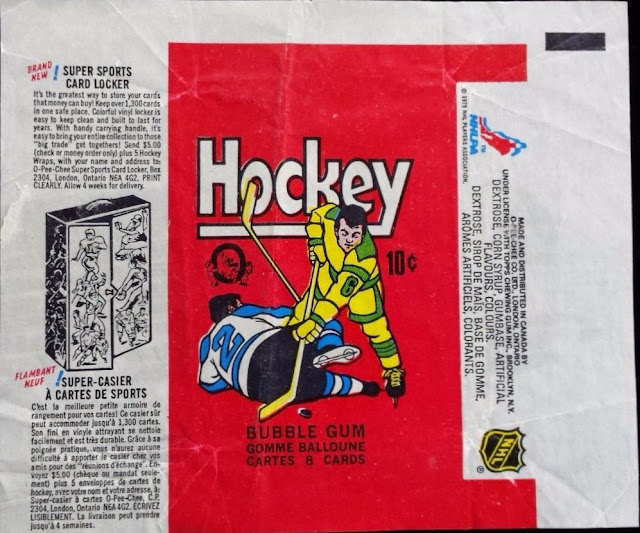 Five bucks for a premium has to be some kind of record for the time! 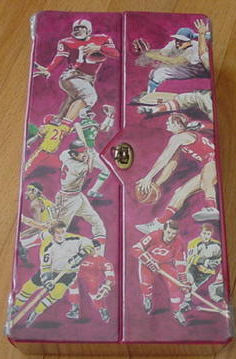 Snazzy, huh?  Topps offered these on a variety of sports product wrappers in the 1970's (and into the 80's, although the design changed). You can tell it apart from one offered in the early 80's by the curved Topps logo on top: 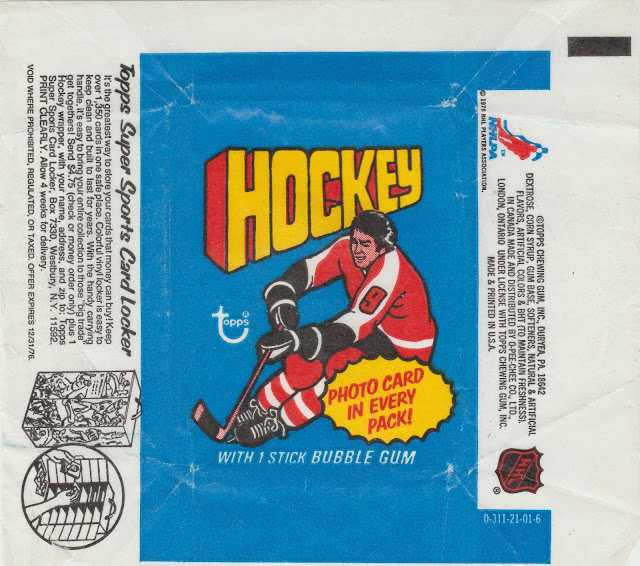 You could also get an embroidered comic team patch (or crest) beginning in 1976, a promotion that like the lockers ran for a couple more years at least:

The patches are a bout four inches tall and all pretty much look like this: 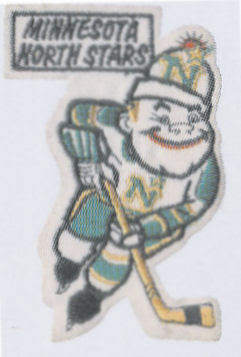 Both the Super and regular locker premiums, plus even team apparel, would continue into the 1980's, although since we stop at 1980 most times here I'll leave those to the modernists as some of the premium daes are too far afield from the cards. I'm also not going to get into the remaining wrapper offers for these either as I feel like I'm just repeating things a bit too much, even by my standards.

As we saw a little while ago, there was an insert available in the 1978-79 O-Pee-Chee packs that pushed a product called Super Bazooka, with various premiums offered, the most germane of which was an All Star Poster: 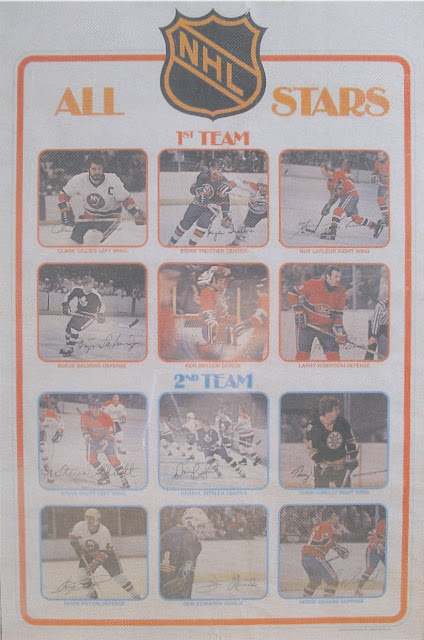 Those last two scans are from Bobby Burrell's Vintage Hockey Collector Price Guide, which is THE hockey price guide as far as I am concerned. Bobby also runs the Vintage Hockey Forum, which I highly suggest visiting. The second edition is out now but I also recommend tracking down the first one as well as it's loaded with large color pictures of all sorts of hockey goodies. I use mine together as a set essentially.

That about wraps it up on the hockey frontier. I say "about" as there's a special treat coming up for you hockey fanatics.  Stay tuned.......
Posted by toppcat at 8:00 AM