Remember a couple of months ago when I wrote we had reached the end of the trail on the 1971 Topps Winners set?  Boy, was I wrong!

No, we don't have any cards to add to the checklist of 19 subjects, although it looks like we finally know why the remaining six winners did not have cards. However, what we do have is an actual winner from the contest!  Yes, thanks to the dogged efforts of Friend o'the Archive Jake Ingebrigston the final missing details of this contest have now been revealed. 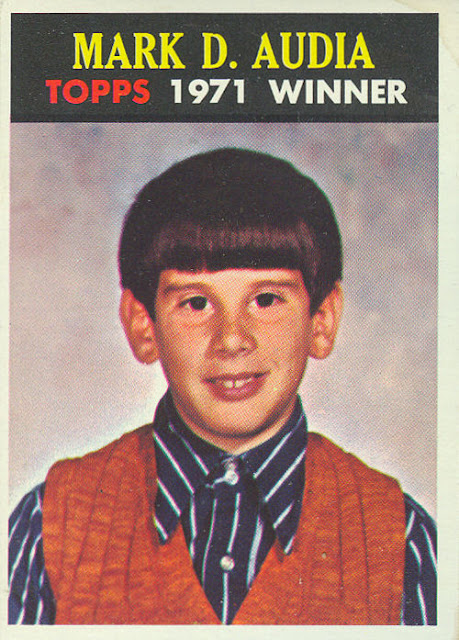 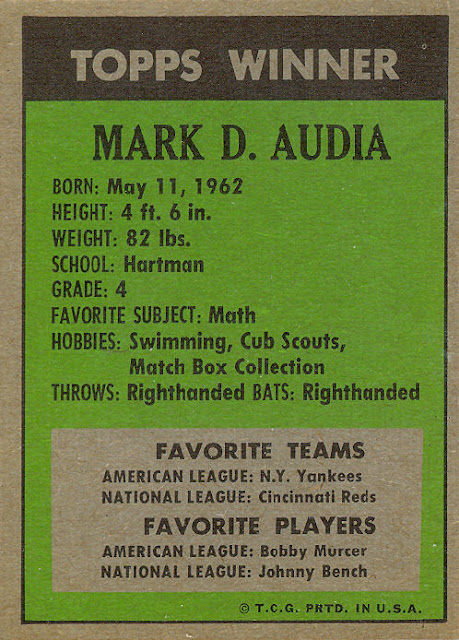 Mark was nice enough to forward some of the correspondence he received from Topps. The initial notification from Topps in November of 1971 was quite full of information: 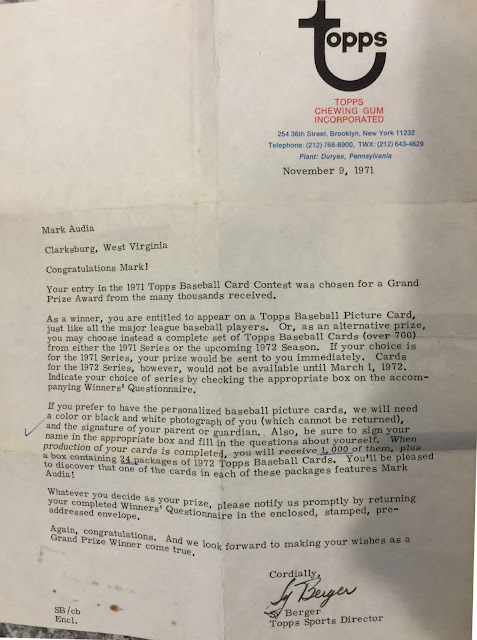 We have confirmation now that 1000 cards were created for each Winner, plus an additional 24 inserted into each pack in a box of 1972 wax packs. 1000 cards, presumably delivered in two vending boxes, of something this esoteric is actually a high count to my mind.  Of course, it's the surviving copies that determine scarcity and not too many have survived over the years.

However, the mystery of the missing six Winners (25 winning entries were advertised) looks to be solved as the Winner could choose either a full 1971 or 1972 Baseball set instead.  Obviously Mark took the cards of himself over a complete set.

It's interesting too that a full set of six series was completely printed by the beginning of March. (Ed. Note: Per Keith Olbermann, some shots in the 6th series were taken in Spring Training 1972, indicating the 1972 set was to be shipped in series, or at least chunks)

The second letter was really just a heads up that his cards would be arriving: 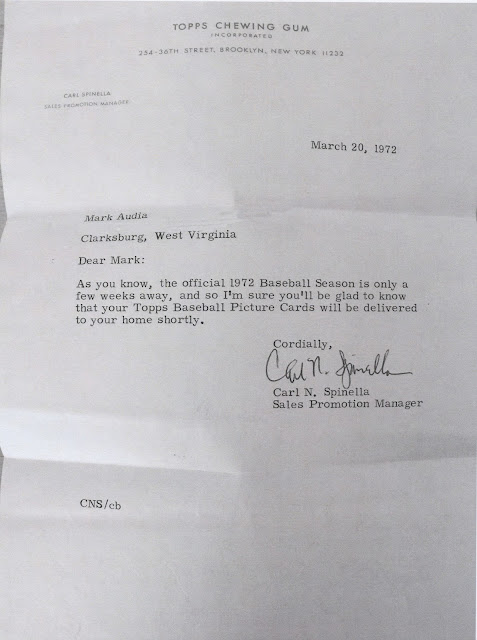 The final letter was from Sy Berger himself and it's a whopper (the Topps letterhead portion is actually in color): 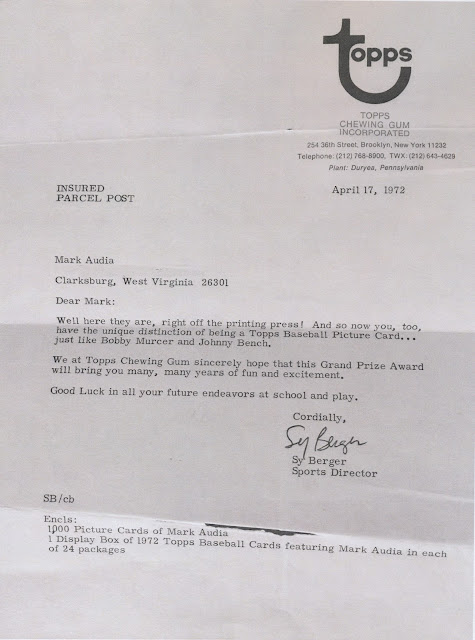 Topps took Mark's two favorite players, as shown on the back of his card (and taken from the questionnaire), and incorporated them into the letter.  Easy stuff to do in the computer age but Sy's secretary had to actually type 19 different versions of the same letter (and six of a slightly different one)!

It's worth noting Clarksburg WV is located about 60 miles Southwest of Pittsburgh, which was one of the main distribution areas in 1971 for the boxes and packs of baseball cards that had the contest entries. Why the contest was not fully nationwide is beyond me, even with "thousands" of entries but it clearly was not, with only a handful of locales able to enter based upon the geographic concentrations of the winners. I have to believe the Winners contest was, at the end of the day, yet another marketing or sales tabulation exercise conducted by Topps.

Finally, the set should really be a 1972 issue but I'm not going to go trying to change 45 years of conventional hobby wisdom.