I have no idea why but I started thinking about Bush Terminal this morning and decided to poke around a few of the more esoteric corners of the internet accordingly.


Bush Terminal was, as I've noted previously, quite a forward thinking idea for companies looking for a turnkey intermodal solution to ship out goods, back when the Port of New York was the biggest one in the land prior to containerization taking over in the 50's and 60's. Founded in 1902, this 1910 advertisement showed Irving T. Bush's grand idea in it's full glory:

The main part of the terminal was usually referred to as the Brooklyn Army Terminal while the eventual Topps offices and production facilities were housed in two of the buildings above the main complex, as seen in the upper left quadrant, in an area called Industry City:

The two right-most buildings of the three shown in this detail, housed Topps, although they only had one when the moved in to the complex on June 1, 1946, a 237 37 St address, which is the right most building of this trio. Those shots are from the New York City Municipal Archives, although I nicked them from www.trainweb.org where the rail features are of interest.  See how they snake between the buildings?

This bucolic scene is from 1923. From The Brooklyn Public Library collection although I found it over at The Weekly Nabe site/blog.  You can see the Bush Terminal complex in the upper right: 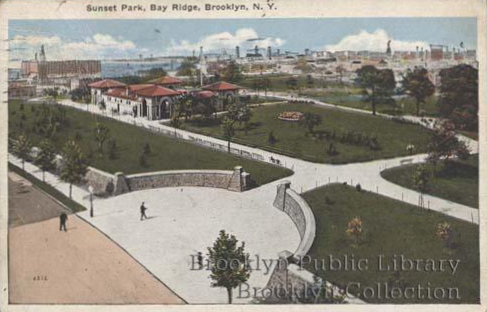 1940 brought this view of things, with the Gowanus Expressway viaduct, apparently under construction, in focus: 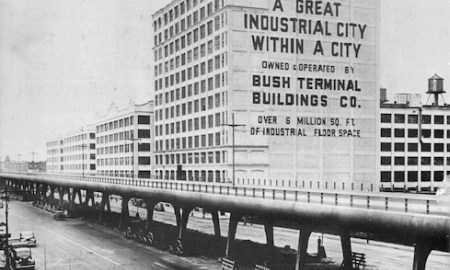 Here's a look at the same stretch, albeit with a different orientation and widened considerably, from 2002, running right by the old Topps buildings. Thank you www.nycroads.com:

Woody Gelman and his carpool used to park under the viaduct. He probably walked in the front door here thousands of times. Fancy, huh? 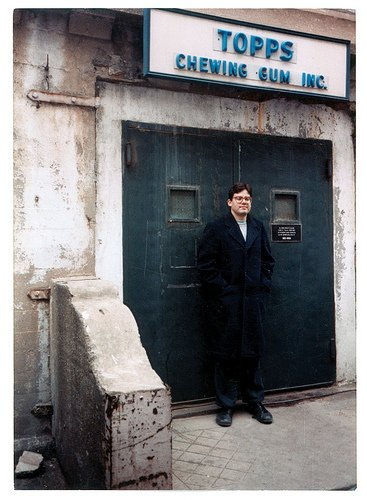 Sorry, I don't recall who sent me that shot but it's of Mark Newgarden!  Looks like the sign uses the same Franklin Gothic Condensed inspired font used by Topps back in the day.

A concise early history of Bush Terminal can be found here if you are interested.

HAPPY BIRTHDAY TO THE BLOG-10 years ago yesterday I made the first post here. Crazy!
Posted by toppcat at 8:00 AM

Congrats on 10 years of posting this great, informative blog. I don't comment often but with my Saturday coffee I read and appreciate each and every entry.

Wow, 10 years! Congratulations! I only discovered this blog about a year ago, but have enjoyed it ever since. Fascinating information. Well done, and here's to the next ten years.