Further to my previous musings on the Topps Rookie award and related trophies, which you can find here, an example showed up on eBay recently of the minor league style "cup" that was adapted into the full Rookie Award, both represented iconically on Topps cards of the last 60 years.

Here is the award in question, presented to Gene Garber on the occasion of his selection to the 1972 National Association AAA All Star team. 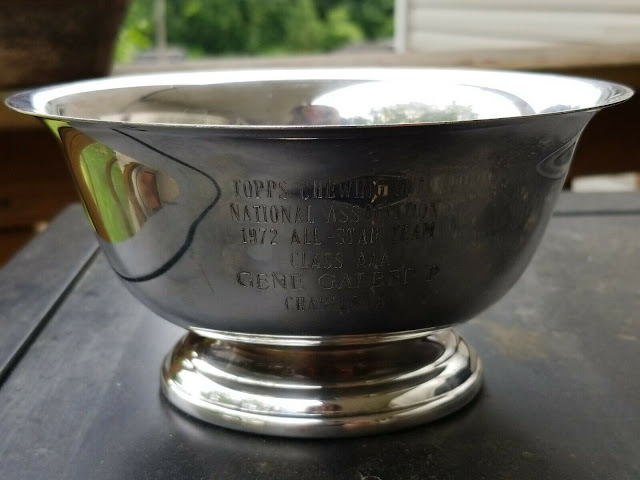 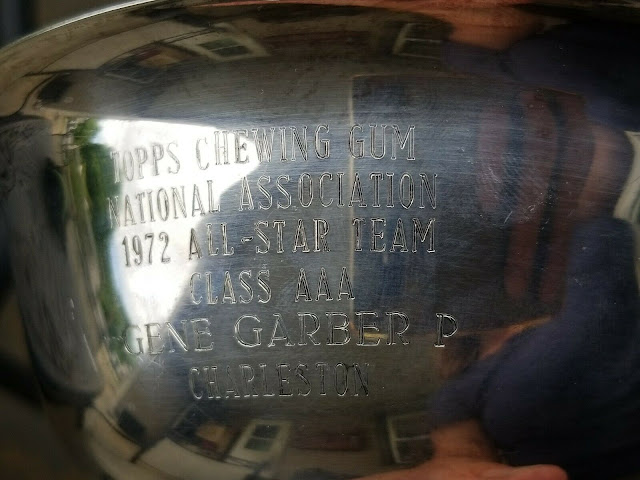 This design was carried through (with an added wooden base, of which more in a split second) to the 1973 baseball cards, replacing the much classier (and more expensive) "top hatted batter" trophy that had been implemented on the 1960 cards and which mirrored the first award trophies given out in 1959.

The Gary Carter Rookie Award I showed previously came atop a wooden base, with plaque, and matches the icon on the 1973 and later cards, but I don't think this one ever did.  It does though, being unplinthed, present us with some basic information.  Here is the bottom view: 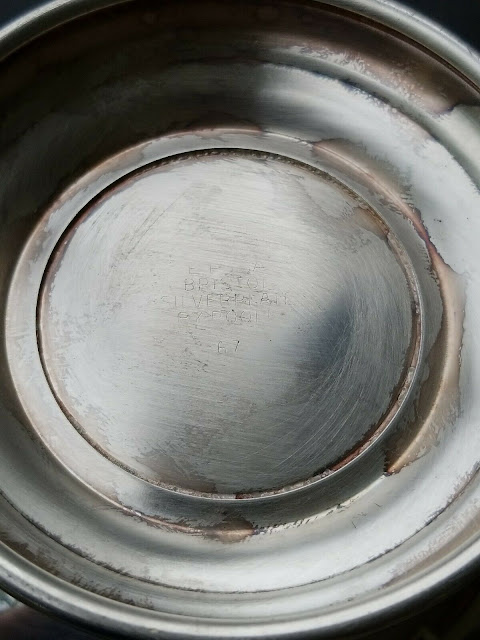 Ah yes, there are markings! 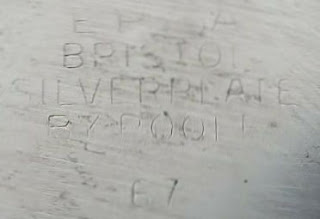 It's eroded a little but reads:

Deciphered, it means Electro Plated Copper Alloy with a layer of Silverplate applied, i.e. a real cheapo award. that is degraded even more when you realize "Bristol" Silver was a less expensive substitute for actual silver plate and contains no actual silver. Silverplate has a very minimal silver content but it is there. The advantage of Bristol is that is does not tarnish.

The Poole Silver Company was founded in 1893 and based in Taunton, Massachusetts (perhaps not coincidentally an area where a number of Topps test issues got released around the time they presented this trophy). They started producing Bristol Silver products in 1950 and this design (#67) is actually a serving bowl (!) and produced from that date through 1970. The company was taken over by Towle Manufacturing in 1970.  Here is a straight up cup of the era, see how it's identical: 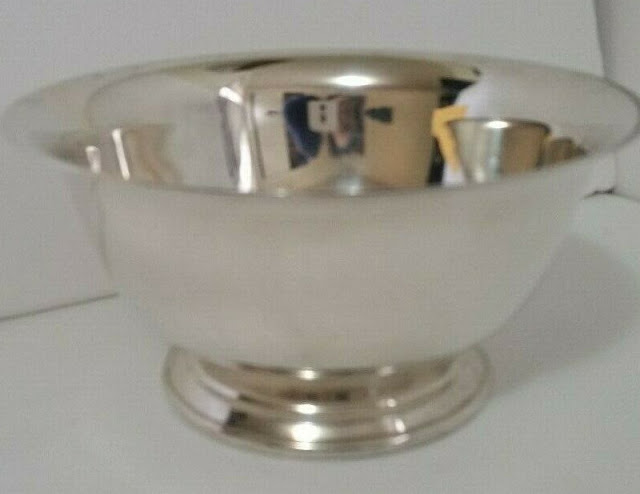 So there you have it, a talking (sort of) serving bowl that exemplifies excellence in baseball!