A Series Of Fortunate Events

We're half a day early as I screwed up my scheduling of posts!

There's a really good thread going on over at Net54baseball.com about the 1963 Topps Baseball set and how the series stack up SP and DP-wise.  I won't immediately ruin for you, here's the linky dink.

While we are on the subject, here is a 4th series half sheet from '63, a thing of beauty: 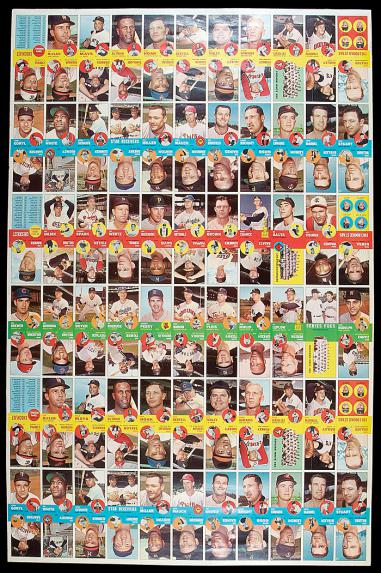 It's a great set to study as the color scheme of the cards made it necessary to invert half of them to facilitate printing; the inset circles also are symbiotically tied to the main color at the bottom of the card as well.  This, coupled with the Topps practice of pushing the next series checklist onto the current sheets made for an interesting observation or five by the Original Poster, one Kevvyg1026.

Here's the likely series breakdown (you would need the sheets to be 100% confident), kudos to Kevvyg1026 for figuring all of this out:

These won't actually match the series configuration son the printed checklists by the way:

Those 11 extra prints each have variances in cropping on the insert picture.