Last time out I posted a couple of Topps cello Super-Packs then belatedly realized Topps had sold them for a few more years than I initially thought.  After a little more digging, I've found what I hope is most of them.

Our saga begins in 1978, with a Football cello and cross-promotion: 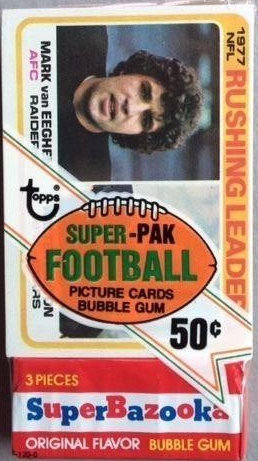 The back had no added stiffening tray, it was au naturel: 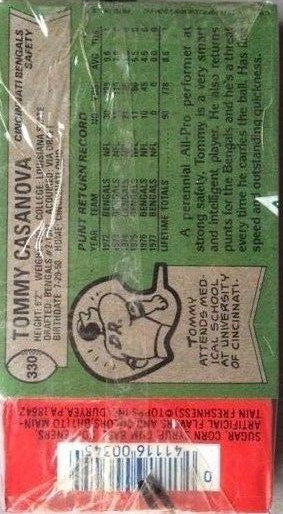 As 1979 rolled around, a Baseball Super-Pack was created, with a penny dropped off the price: 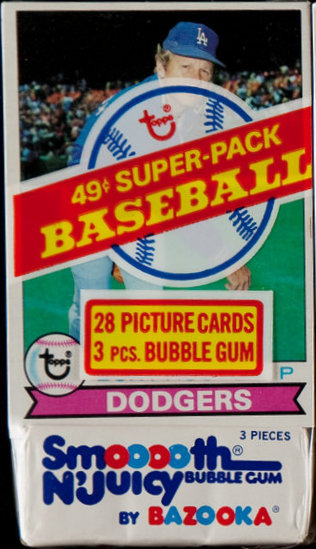 The back shows a tray card we've seen on that 1980's Football Super Pack shown last time out: 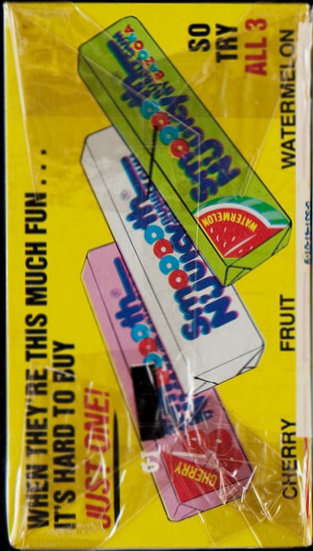 1979 Football got the same treatment: 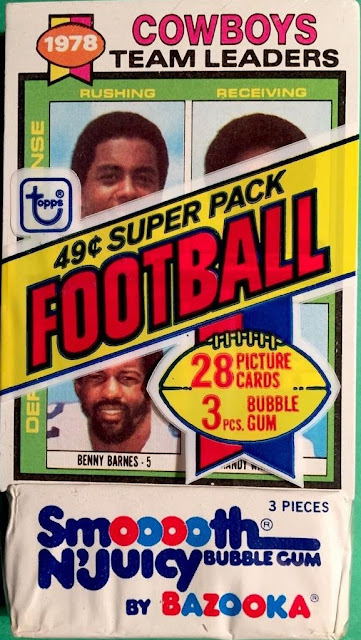 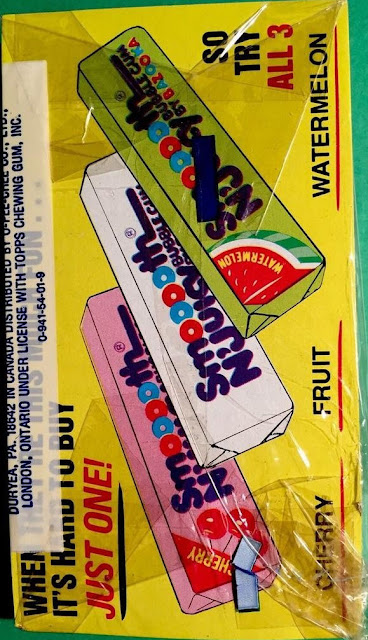 You can check last week;s thread for the 1980 Super-Packs but I was surprised to see the cross-selling continued into 1981, the year I re-entered the hobby.  I usually keep to a 1980 cutoff here and in my collecting but am rethinking that a bit noting, while I ponder, that I never saw these anywhere that year, that's for sure: 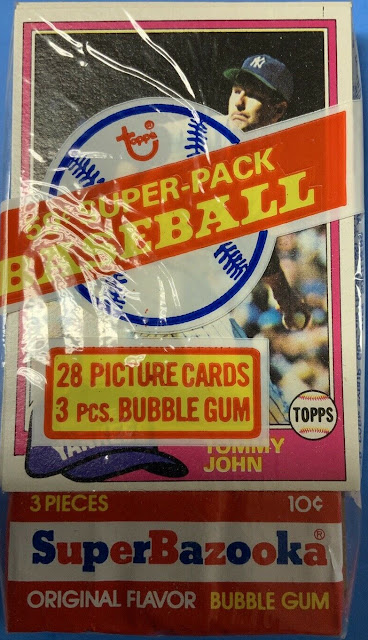 The gum went back to its sugary roots and the back went blank, perhaps fitting for the year of the big MLB strike.  I think Topps was still trying to fend off Bubble Yum at the time (an epic fail BTW) but there could be any number of reasons why this product was picked for '81. Note the 1980 code showing year of conception as the price went up by a dime, indicating the code was not for a 1980 wrapper rehash. 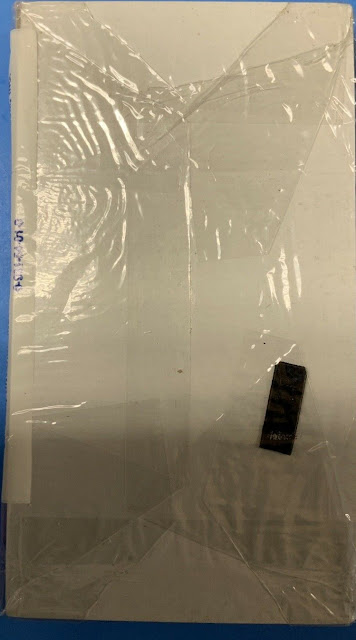 There could very well be variant wrappers and contents.  The commodity codes might shift around a little or even reused for a spell as well on some Super-Packs in the era.  The only decent insert came with the 1980 Baseball Super-Packs and it's not clear to me why say, a football scratch-off game wasn't included in the Football issue that year. Perhaps they were planning the widely issued 1981 Baseball Scratch-Off set and figured why not monetize things such a product if it took off.  Who knows?

I'm learning more about Topps packaging these days thanks to some Facebook groups, especially those from the Super Seventies!
Posted by toppcat at 8:00 AM

I remember going through (I guess these Super Packs) at a Sears in late 1977/early 1978 that were sitting in a bin near the floor in an aisle. There alot of them and I remember sorting them so that I would get at least 2 new cards (top and bottom) which I needed to help me complete my 1977 Topps Football set. This memory sticks out for me because I don't remember ever buying cards from Sears (before or since), and I think it was the first time I ever used (and first time I ever saw the see through packs) the "cherry picking method" of buying packs to get cards I did not have. I distinctly remember getting 2 Tampa Bay Bucs (on the top) that I needed (One was John McKay's son). This brings back some memories of collecting in a simpler time

I don't remember the Super Packs but had Topps only sold these packs, they probably still be selling cards with gum today.