I want to revisit a couple of items today, the first is Fun Packs, those little (usually) 1 or 2 card packs Topps worked up every Hallowe'en and Christmas for a couple of decades.  I've shown various wrappers from these before but they all seem to be from 1965 or later. A recent eBay sighting makes we wonder if a primordial version has finally surfaced: 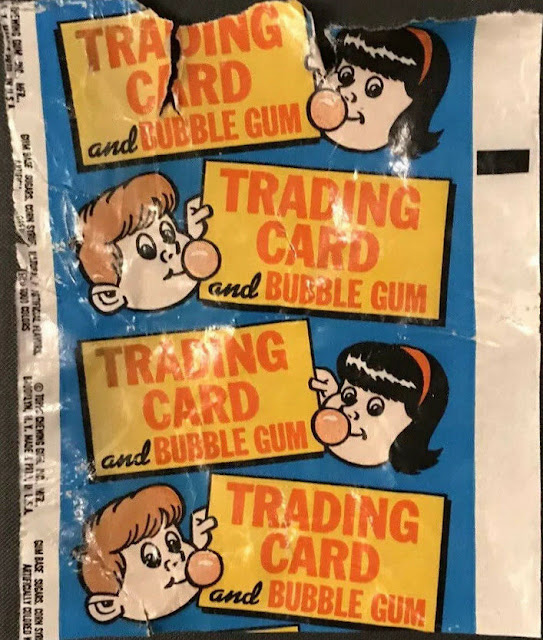 Secondly, I posted about a fairly unknown Topps Scratch Off game from 1980 and at the time (May 12, 2009) noted Bob Lemke thought it came from Jumbo Packs: 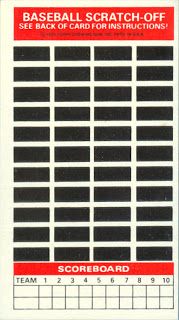 He was pretty close as they came in Super-Packs: 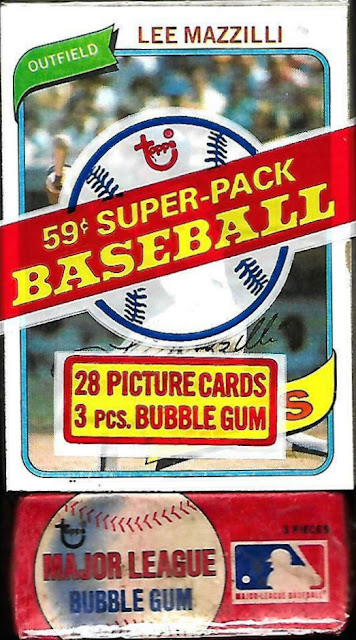 I guess this is technically a test issue.  Here's our quarry, on the back, 931 matching code with the card, and all: 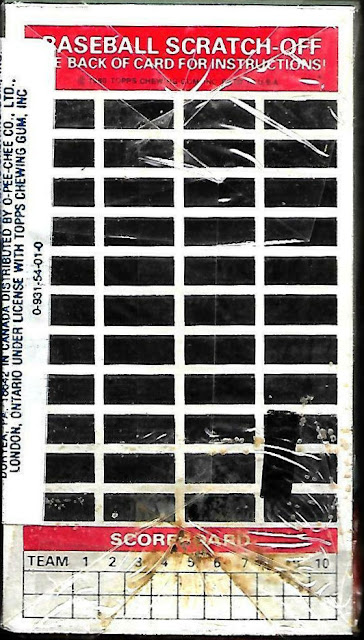 Dig the commodity code at the bottom: 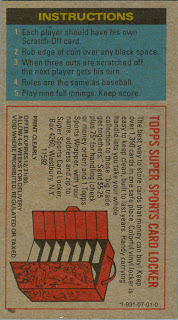 Now I say this was probably a test because later in 1980, Topps released a Football version with two key differences. Topps went with the theme and used Super Bazooka for the gum: 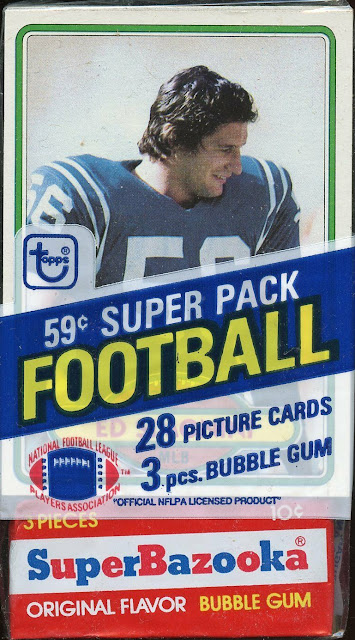 But there would be no scratch off for gridiron fans, just a crummy tray card with an ad! 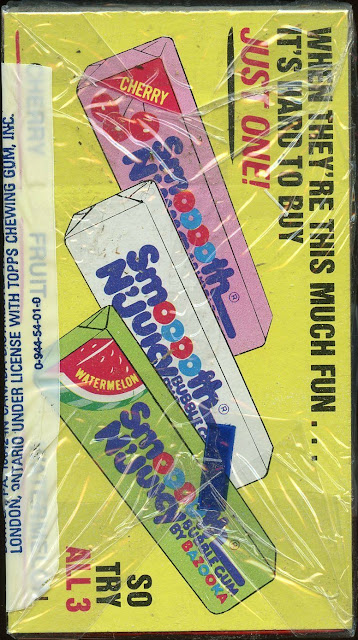