OK, since I inadvertently published the Woody Gelman magazine spread six days early, this will be a sorta-short Saturday post today, a fishing expedition to boot.  Actually, I'm trying to gather more information and fill in checklists on the early Bazooka comics and trays before Bazooka Joe supplanted them all in 1954.

But first, some tray action as I was rolling through the always fun and informative Vintage Non-Sports Forum the other day when I happened upon a message from Jeff Forteza showing (quite clearly) 17 of the 18 tray cards from the very early (and crude) Story of the Atom Bomb (R709-3) tray set that cradled a five cent roll of Bazooka 70 odd years ago: 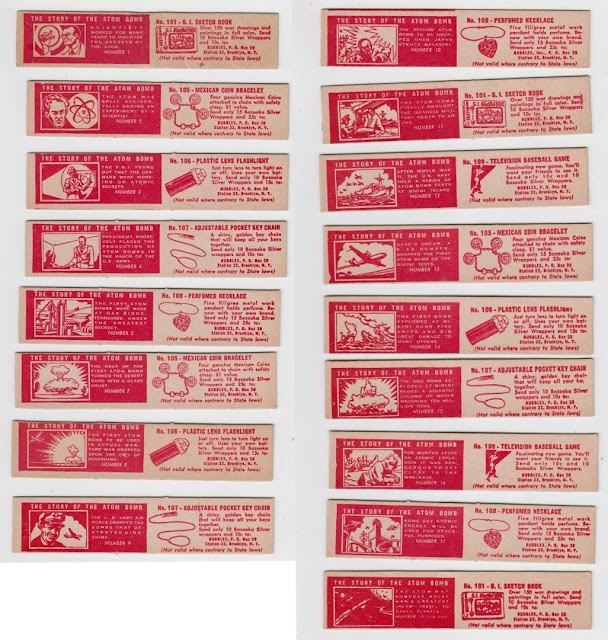 The missing card #6, which is why I am showing these.  Can anyone provide a scan or a title for it?

Speaking of early Bazooka, R414-1, is a Bazooka comic insert set that came in some of the earliest one cent packs of Bazooka. The set count, from what I have found reading through the scant documentation available, is 25.  I own a type example and they are difficult to find but a Pinterest page by Tracee Stewart gives us five more beyond the mine: 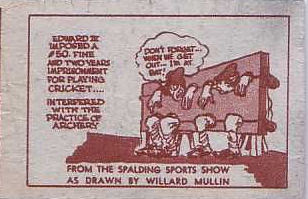 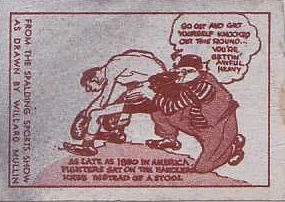 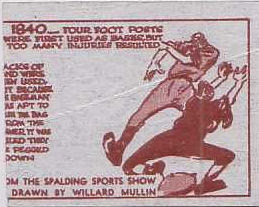 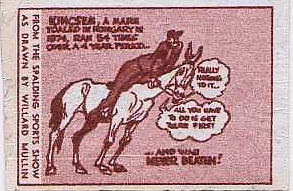 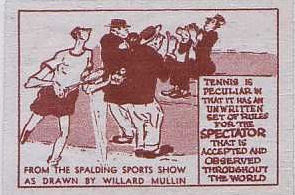 I have this one in my collection but I'll use her scan as the comic is in far better shape than mine: 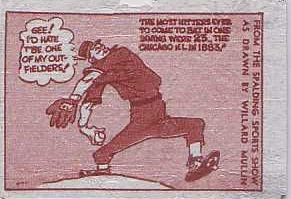 So 24% of the checklist is now known.  Who else can help out with scans?

A related set is Sports Odditities, which I think is the one cent version of a nickel wrapper feature called Know Your Sports. I'm not 100% on that but there larger comic looks like it could be broken down quite easily into single panels.

Two penny singles are known to me: 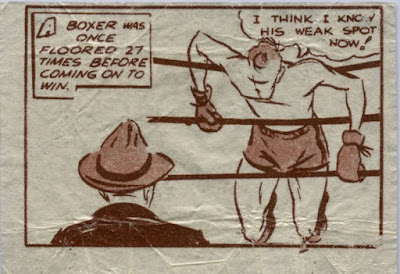 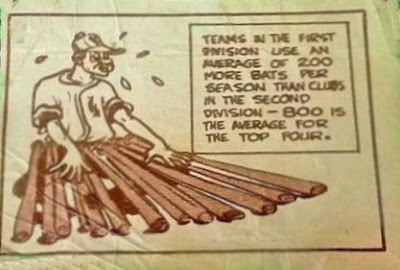 These are clearly Willard Mullin pieces, just like Spalding Sports Show. His genius is on display with that boxing comic!

The nickel version may or may not add five additional subjects (and I also need nickel wrapper scans beyond this one): 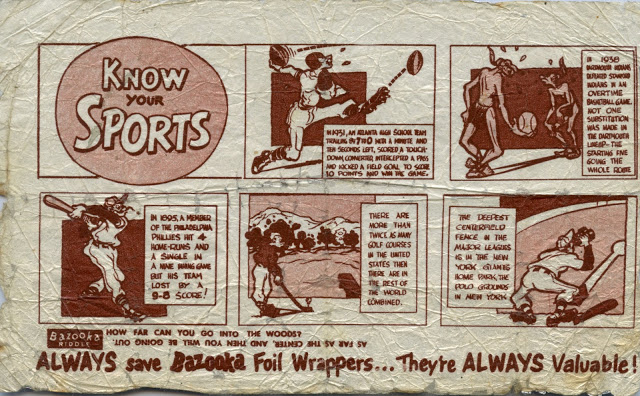 Know Your Sports may, in turn, be part of a larger group of comics that don't seem to have any connection and which encompass puzzles, Daily News Comic Strips and DC comic characters, plus some stuff I probably don't even know about.  If you assume 25 penny size comics make up the set, like Spalding Sports Show, then five larger ones might be the entirety of the five cent wraps for this (sub) series. These could have been interspersed with SSS as well.

I'll have another request like this coming up in the near future but the 1947-54 pre-Joe period is hard to cipher and research is hampered by how few of these comics have survived since they were affixed to the interior of the foil wrappers until Topps started individually wrapping their famous bubble gum in the early 50's. The outside wrapper then protected the whole shebang. And don't get me going on the survival rate of the trays.....