(UPDATE 10/2/20-Friend o'the Archive Lonnie Cummins deciphered a puzzle for me and I've amended this post as respects the exterior wrapper graphics. No change has bene made to the listing of subjects.)
Well I didn't win the lot, dagnabbit, but a whole lotta Topps Tatoos were sold on eBay recently and there was enough content in the auction to allow me to take a real stab at checklisting this thrice  issued set.  You can click on the links on the right side of this post to see my prior musings on these BTW.

Initially put out in 1948, Tatoo was the first Topps "novelty" issue and seemingly quite popular.  A reissue occurred in 1949 and another in 1953, each time in a slightly larger size. I think it's possible it was sold almost continuously from 1948-53 but need to verify this during the "interregnum" to be sure. 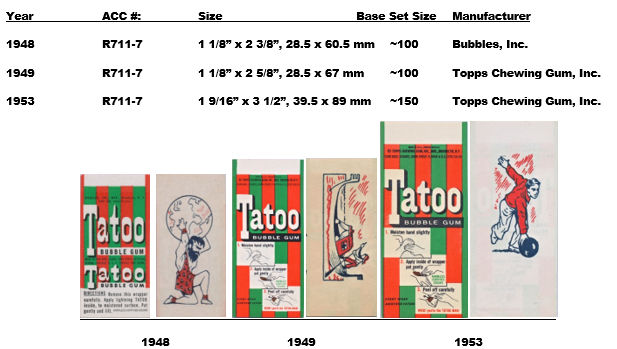 It's believed one or both of the 1948 and '49 varieties came in both traditional counter-top/gum vender penny tabs but also "Tourist" pouches, as detailed by Chris Benjamin in The Sport Americana Price Guide to The Non Sports Cards No.2. 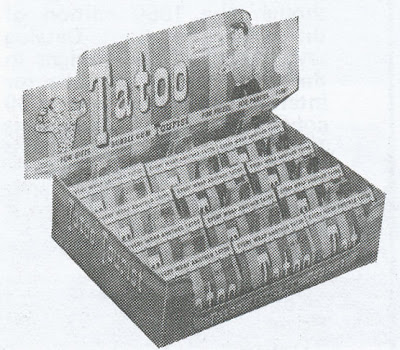 I am not aware of a Tourist Pouch ever popping up for sale, nor do I have a huge amount of confidence in the commonly accepted dating of each size and variety of wrap beyond the 1948 "text instructions" version, so we may never know. 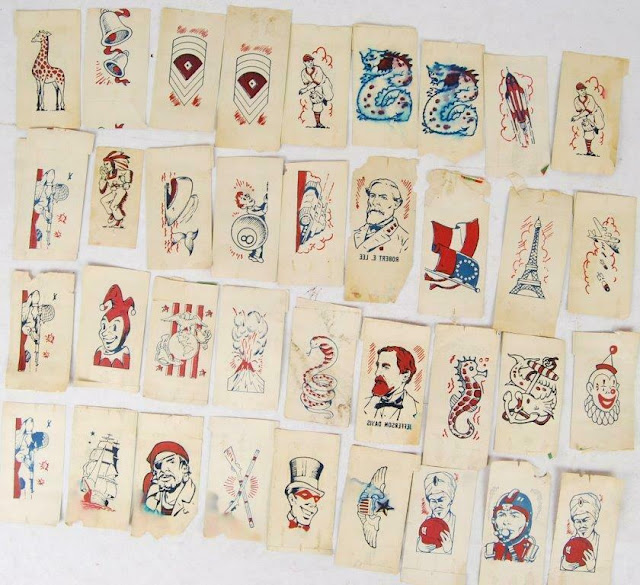 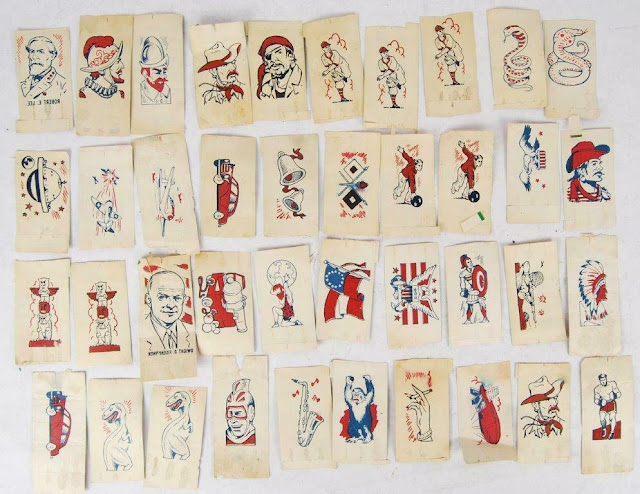 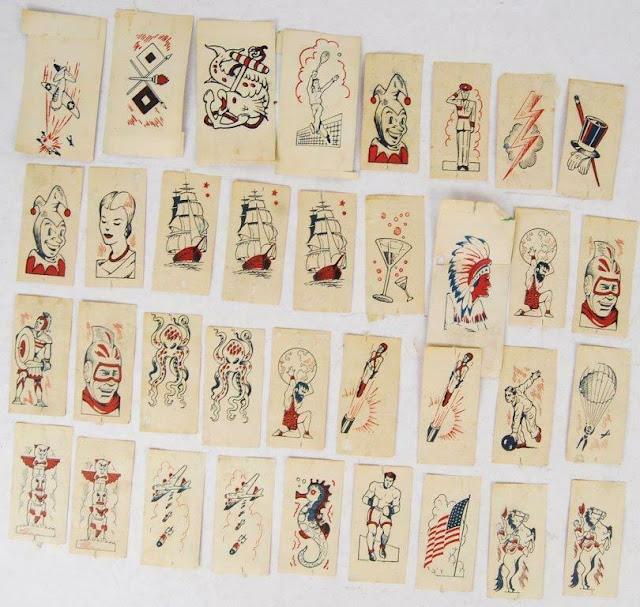 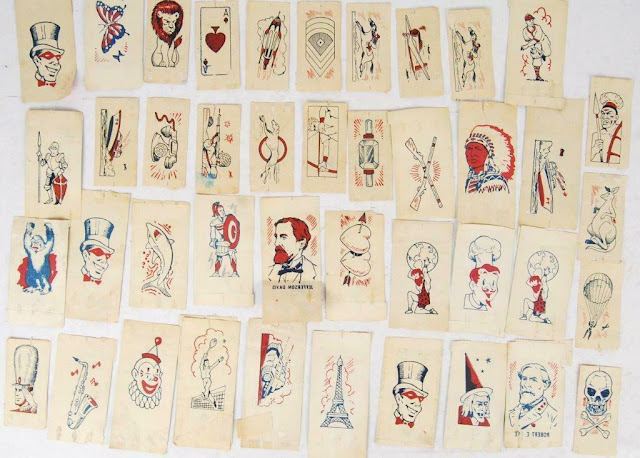 There's two subjects I found on eBay but have been unable to find again: "Sailor with Spyglass" and "Snake Lady". There is another where the washed out remnants of the tatoo are very faint but matches up with an image later seen in 24 Tattoos, "Porpoise with Compass". As all three of those are found in 24 Tattoos but without confirmed Tatoo scans presently, I'll leave them off this visual checklist. So that's 123 so far counting mirrors and Benjamin's examples.

More next time!
Posted by toppcat at 8:00 AM