I'm sorry to have to be typing this post but I wanted to to pay tribute to Steve Werley, a part time dealer of oddball cards, who passed away unexpectedly last month at the way-too-young age of 63. 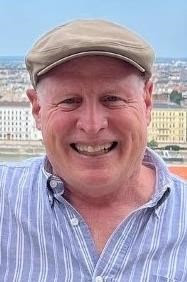 I first ran into Steve at the Philly Show years ago as he was selling all the oddball stuff I love.  I remember buying a 1969 Topps Mickey Mantle Decal from him at the show (the only time I ever attended, many years ago) and would run into him at the Westchester Civic Center shows or the National thereafter.  Always smiling, he was good for a tale or three about the strange world of oddball cards and the people that collected them.  He fueled  my accumulation of a fairly large portion of Topps insert sets over the years, some of which I've since let go as I refine my set collecting to my own pre-teen time.

The last time I saw him was at the Chicago National in 2021, which was bursting at the seams and very hectic.  I was trying to figure out if I could piece together an entire run of Mets-only Tom Seaver cards and Steve had the same conclusion I had come to regarding some of the more esoteric Topps items such as the 1973-ish Pin-Ups and Comics: money aside, they were too rare to even source.  I did pick up some upgraded 1969 Decals from him to finally complete my set (completing the circle I had started with my first ever purchase from him) but that was the extent of things as wave after wave of people thronged his booth.  I regret not being able to speak more with him at the show.

I dealt with Stevevmany times. Always had one of the best tables at the show. Had many a good conversation. He will be missed