Getting A Handle On Things

Topps had  robust rewards campaigns for their distributors and retailers, a practice they maintained from day one in confectionery business. Boxes of products contained premium certificates for the local retailers, while better rewards could be had by their wholesalers (jobbers in the parlance). Sometimes they would offer incentives, especially with larger sized orders, or when they wanted to blow out some  product that was in danger of going stale. Bazooka was famous for this kind of promotion and I recently saw a couple of these premiums online and grabbed some scans.

For the executive type, a briefcase was offered as part of one campaign: 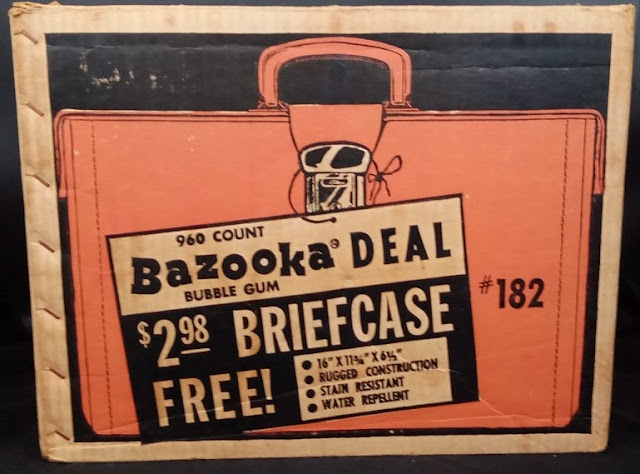 That graphic reminds me of Hallowe'en for some reason!  The briefcase in question looks like it was quite snazzy: 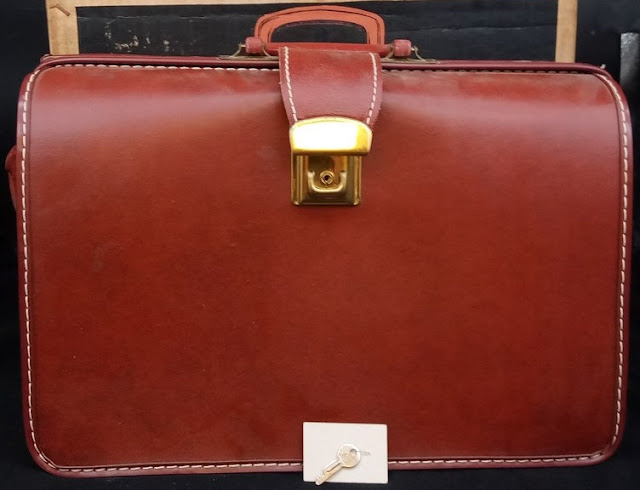 Old school security system there with that key! I'm not certain on the dating but believe it to be early-to mid-1960's.

For the family minded, Topps offered a picnic bag, in a wonderful plaid pattern.  This promotion looks like it was used to push a nickel "Clip" version of Bazooka, which I assume was a looser cello containing some product for a vertical counter display: 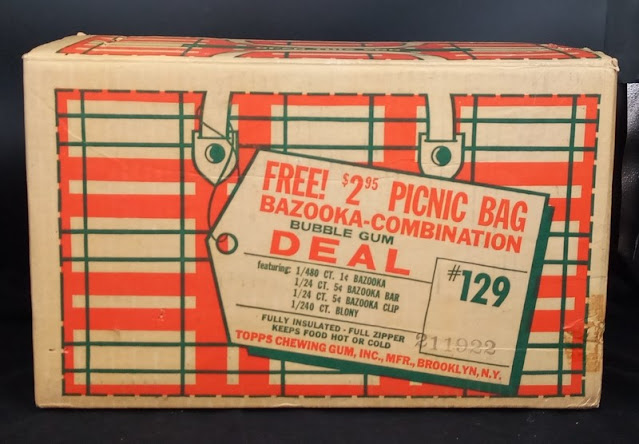 I'll get to that 211922 code in a second. First, here is what I believe to be the clip in question.  You can find these on eBay pretty easily as a supply of NOS popped up awhile back: 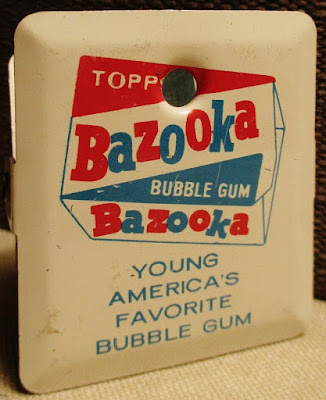 Side view-the clamping pressure is pretty strong on my own examples. 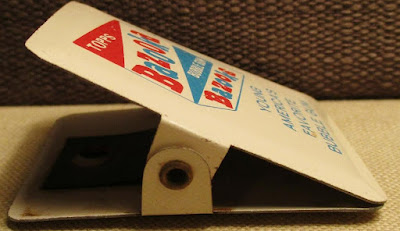 Not sure what the idea was there, maybe there was an easel or backing board that rode along. As for that packing code, it translates to April 19, 1962 and shows it was packed on the second shift.
OK, now for the big reveal of the picnic bag: 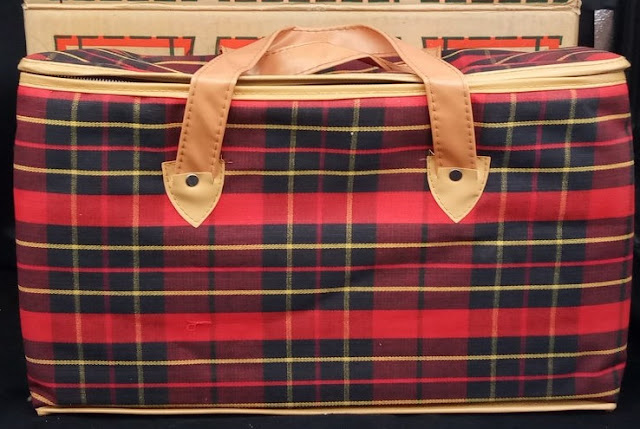 Neat-o!  And you know what, it reminds me of  a certain above average bear: 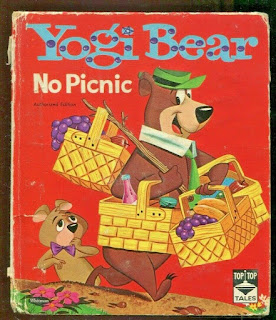